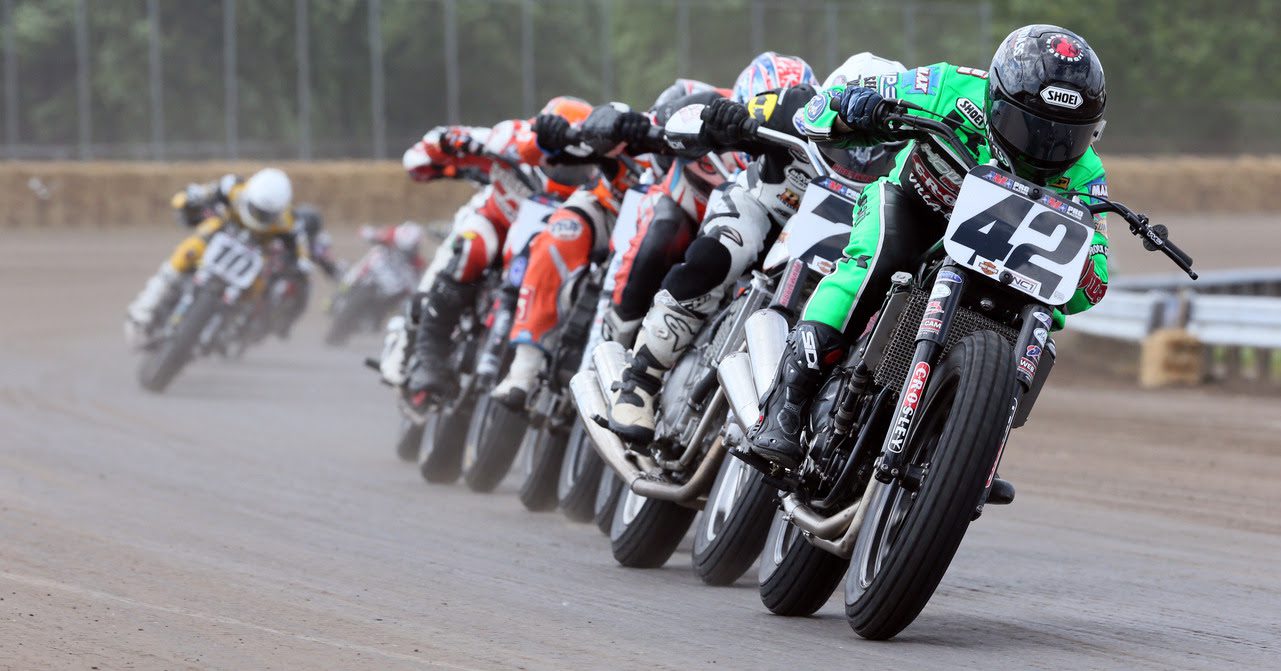 To riders and fans alike, the Springfield Mile is the crown jewel of the AMA Pro Flat Track schedule every year, and this Labor Day weekend will be no exception. Top guns in the premier Harley-Davidson GNC1 presented by Vance & Hines class will face off against one another at the Illinois State Fairgrounds for the second time in 2015, only this time, the stakes will be much higher.

Bryan Smith enters the weekend with a boatload of confidence and a motorcycle full of horsepower. The No. 42 Crosley Radio Kawasaki pilot is coming fresh off of a Charlotte Half-Mile win and has planted himself well within striking distance of the Harley-Davidson GNC1 presented by Vance & Hines points lead with only four rounds to go.

Smith, notorious for dominating his opponents on Mile circuits, will be licking his chops come Sunday when the lights go green in Springfield. Thanks to his stellar performance in Charlotte, he now sits just six points behind arch rival Jared Mees in the standings, 158-152.

As excited as Smith may be for this Sunday’s race, Mees might be even more amped for it. The No. 1 Las Vegas Harley-Davidson pilot and defending Grand National Champion tailed Smith by milliseconds for the duration of last weekend’s main event in Charlotte before his XR-750 let him down on the final lap. The resulting 17th place finish caused him to forfeit his stranglehold on the top position in the point standings. Adding fuel to the fire, Smith topped Mees in the first running of the Springfield Mile in May.

Although the rivalry between Smith and Mees is mouthwatering, there are a number of other GNC1 competitors putting together impressive seasons as well.

The name of the game for Sammy Halbert in 2015 has been consistency. The No. 69 Briggs Auto Kawasaki rider has finished inside the top nine in all 10 AMA Pro Flat Track rounds so far, including a fourth-place effort at Springfield in May. The Graham, Wash., product sits third in the standings heading into the weekend with 140 points.

Three-time Grand National Champion Kenny Coolbeth Jr. will look to put his No. 2 Zanotti Racing Harley-Davidson atop the box at Springfield on Sunday after running strong in Charlotte. The Morris, Conn., native sits fourth in the point standings and has performed well on the Mile throughout the course of his career.

Perhaps an underdog to wreak havoc this Sunday is Brandon Robinson. The No. 44 Latus Motors Racing Triumph rider will try to pick up where he left off last time he competed on a Mile, which was in Sacramento where he finished second behind Smith. Robinson sits fifth in the GNC1 point standings.

Putting together his finest season yet is 20-year-old Briar Bauman. The young gun has proven time and time again that he has what it takes to run with the big boys, as he has recorded two podiums so far in 2015 and sits sixth in the GNC1 point standings. Bauman will navigate through traffic on Sunday aboard the No. 14 Hart Racing Kawasaki.

Filling in for the injured Brad Baker aboard the No. 5 Factory Harley-Davidson, Jake Johnson looked great at Charlotte all the way up until the night’s main event. The two-time champ finished eighth in his first race back on a twin since 2014. The main event didn’t tell the full story, however, as Johnson finished second in his heat and third in the Dash for Cash. Look for the New Jersey native to put together a strong performance at Springfield this Sunday.

Two-time DAYTONA 200 winner Danny Eslick is expected to be the wildcard of the bunch in Springfield. The multi-discipline rider with extensive road racing accolades earned his national number after qualifying for the GNC1 main event at Charlotte. The Oklahoman plans to enter the Springfield Mile aboard a Kawasaki from the Bill Werner Racing stable.

An unfortunate occurrence happened last weekend at the Australian Dirt Track Championships when Troy Bayliss crashed and suffered an injury that will sideline his AMA Pro Flat Track aspirations once again. The three-time World Superbike Champion was planning to ride the No. 21L Lloyd Brothers Ducati at the Springfield Mile on Sunday, but due to his injuries, he will not make the scheduled trip across the pond.

The 25-lap Harley-Davidson GNC1 presented by Vance & Hines Main Event from the Springfield Mile is slated for a 4:00 p.m. CT start time on Sunday, September 6.