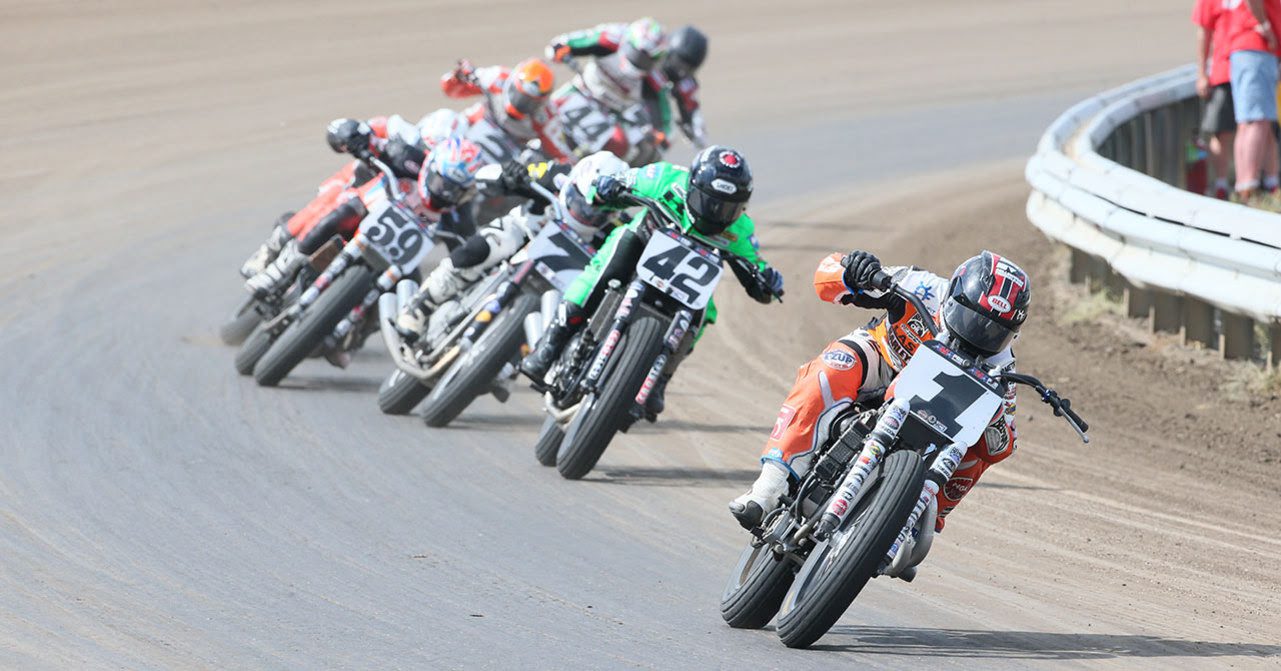 AMA Pro Racing is proud to announce an all-star lineup of events for AMA Pro Flat Track‘s 2016 schedule. The 15-round calendar combines events steeped in the rich history of the Grand National Championship with some new cities and new circuits.

At the start of 2016, defending Grand National Champion Jared Mees finds himself in a familiar place as he leads the charge in AMA Pro Flat Track’s premier division, Harley-Davidson GNC1 presented by Vance & Hines. He’ll be joined by some fresh competition this year, as defending GNC2 champ Davis Fisher has ascended the ranks to challenge the veterans.

The 2016 season will begin during the Bike Week festivities in Daytona Beach with a quarter-mile kickoff at the DAYTONA Flat Track on March 10 and 11, and will wrap up in early October with a yet-to-be-announced two-race swing through California.

On April 9, AMA Pro Flat Track heads to Austin, Texas to make its debut at the world-class Circuit of the Americas, racing alongside the stars of MotoGP and MotoAmerica as part of the Grand Prix of the Americas weekend. Next up is the first of the new events on the calendar, the Arizona Mile at Turf Paradise in Phoenix, Ariz. on May 14.

Mile racing fans will be happy to know that the historic Sacramento Mile will take place on May 21and the legendary Springfield Mile returns to the calendar on the familiar dates of Memorial Day (May 29) and Labor Day (September 4). Remington Park will play host to the Oklahoma City Mile onJune 18, marking the first mile for the Sooner State.

Wrapping up the summer, the series will visit a trio of Half-Mile circuits, Lima Half-Mile (June 25), Charlotte Half-Mile (July 30) and Sturgis Half-Mile (August 9), before Henry Wiles gets his shot at making it 12 consecutive wins at the Peoria TT on August 14. The final new event on the schedule will be held in New York State on August 20.

Details about the remaining dates and any additional events will be released as soon as they are available.

Next Up:
The 2016 AMA Pro Flat Track season will once again kick off with a doubleheader at the DAYTONA Flat Track during Daytona’s Bike Week festivities. The twin short track races will take place at the “World Center of Racing” on Thursday and Friday, March 10 & 11. For additional information and to purchase tickets, please visit Daytona Event Details.