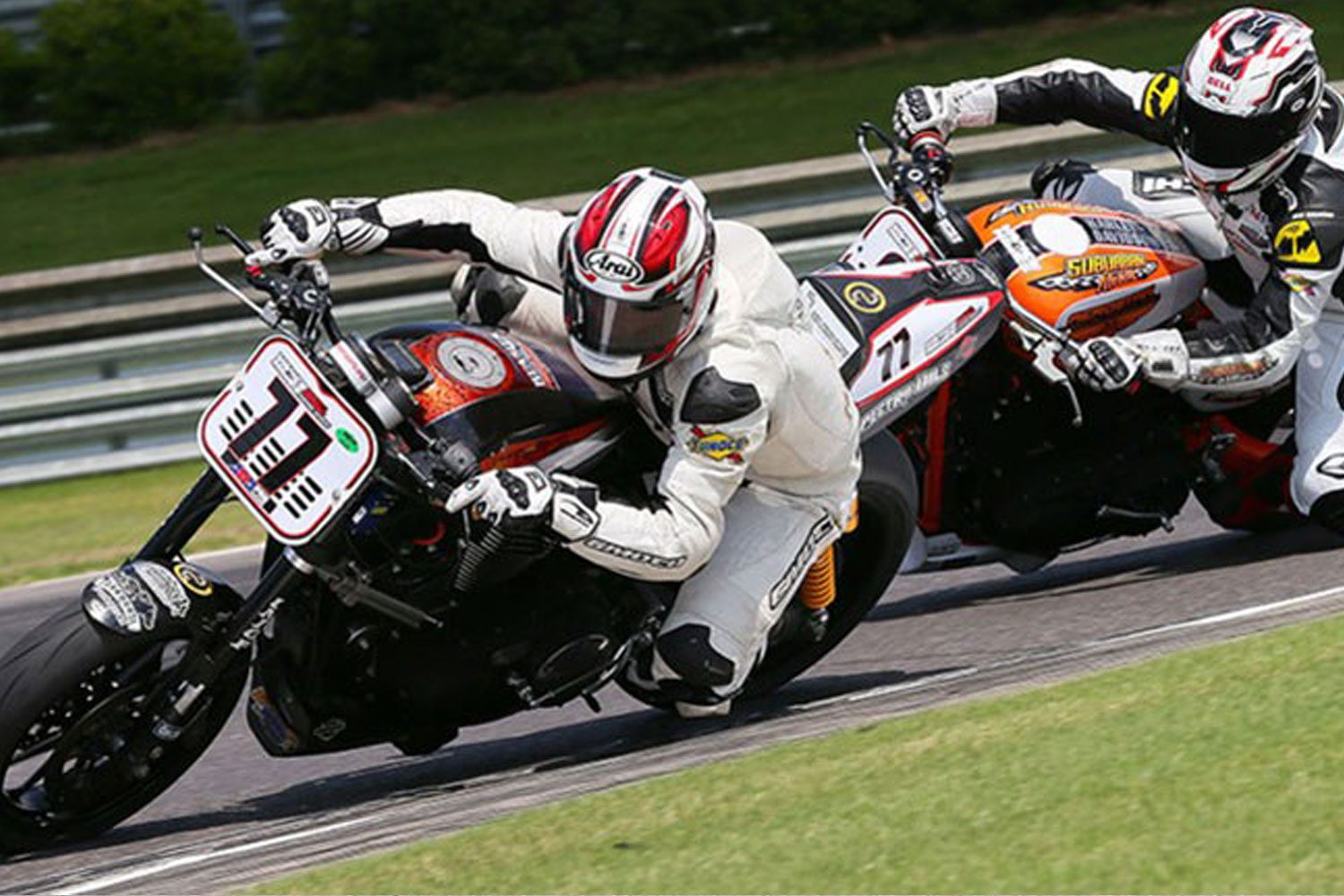 Tyler O’Hara on the No. 29 Josh Chisum Racing/Bartels Harley-Davidson XR1200 retains the points lead but the title hopeful has fallen into something of an early season lull, missing out on the podium at the most recent two rounds after being awarded victory in the Daytona International Speedway season opener.

O’Hara will be motivated to get his championship charge reignited this weekend at his home race, and he’ll need to with his advantage reduced to just a single point.

The Californian put in a strong effort last season when the muscular XR1200s made their debut at the undulating circuit, reeling in a runner-up result to lock down second in the 2013 championship. He’s out to do one better in both categories this time around.

Nipping at O’Hara’s heels is the inaugural AMA Pro Vance & Hines Harley-Davidson Series king, Danny Eslick aboard the No. 69 Ruthless Racing Harley-Davidson XR1200. The 2010 champ is hoping to reclaim his throne while pulling double duty (Eslick is also ranked second in AMA Pro GoPro Daytona SportBike). The thrill-a-minute Oklahoman has strung together a pair of second-place finishes but is yet to climb atop the podium in Harley-Davidson action this season.

Another man yet to strike is Ben Carlson, pilot of the No. 45 Suburban Motors Harley-Davidson XR1200. In fact, despite his near-constant presence near the front of the pack throughout his three-season tenure in the class, Carlson is still seeking his first-ever AMA Pro Road Racing victory.

The Wisconsinite has racked up six podiums, two runner-ups, and even finished second in the 2012 championship order, but the two-time AMA Supermoto national champion is yet to register that breakthrough win. He’s knocked O’Hara off the podium in each of his last two rides and appears to have increased both his confidence and his willingness to mix it up with the established frontrunners, so perhaps his shining moment is just around the corner.

Then in seventh and eighth you find the only two riders to have actually taken the checkered flag first this season.

Reigning champ Steve Rapp on the No. 1 Suburban Motors Harley-Davidson XR1200 finally got his season back on the rails with a dominating effort last time out at Barber Motorsports Park. Last season, Rapp clinched his first-ever AMA Pro Road Racing title at Mazda Raceway Laguna Seca by claiming his sixth win of the season.

Another effort like that this weekend could signify the realistic possibility of an epic come-from-behind title defense.

Kyle Wyman on the No. 11 KWR/Millennium Technologies Harley-Davidson XR1200 has endured a rollercoaster season, with results and emotions alternating from one extreme to the other. He looked to have taken a dramatic victory in the Daytona opener, only to be later disqualified. Wyman rebounded from that disappointment by winning at Road America, only to crash out of podium contention in Alabama. As a result, he’s currently 36 points down on O’Hara and two back of Rapp and similarly in need of an extended streak of terrific rides if he’s to have any hope of getting back in the title hunt.

The Harley pilots will get the combined AMA Pro Road Racing/FIM Superbike World Championship round off and running on Friday morning with their opening practice, which will take place at 8:30 a.m. local time (11:30 a.m. ET).