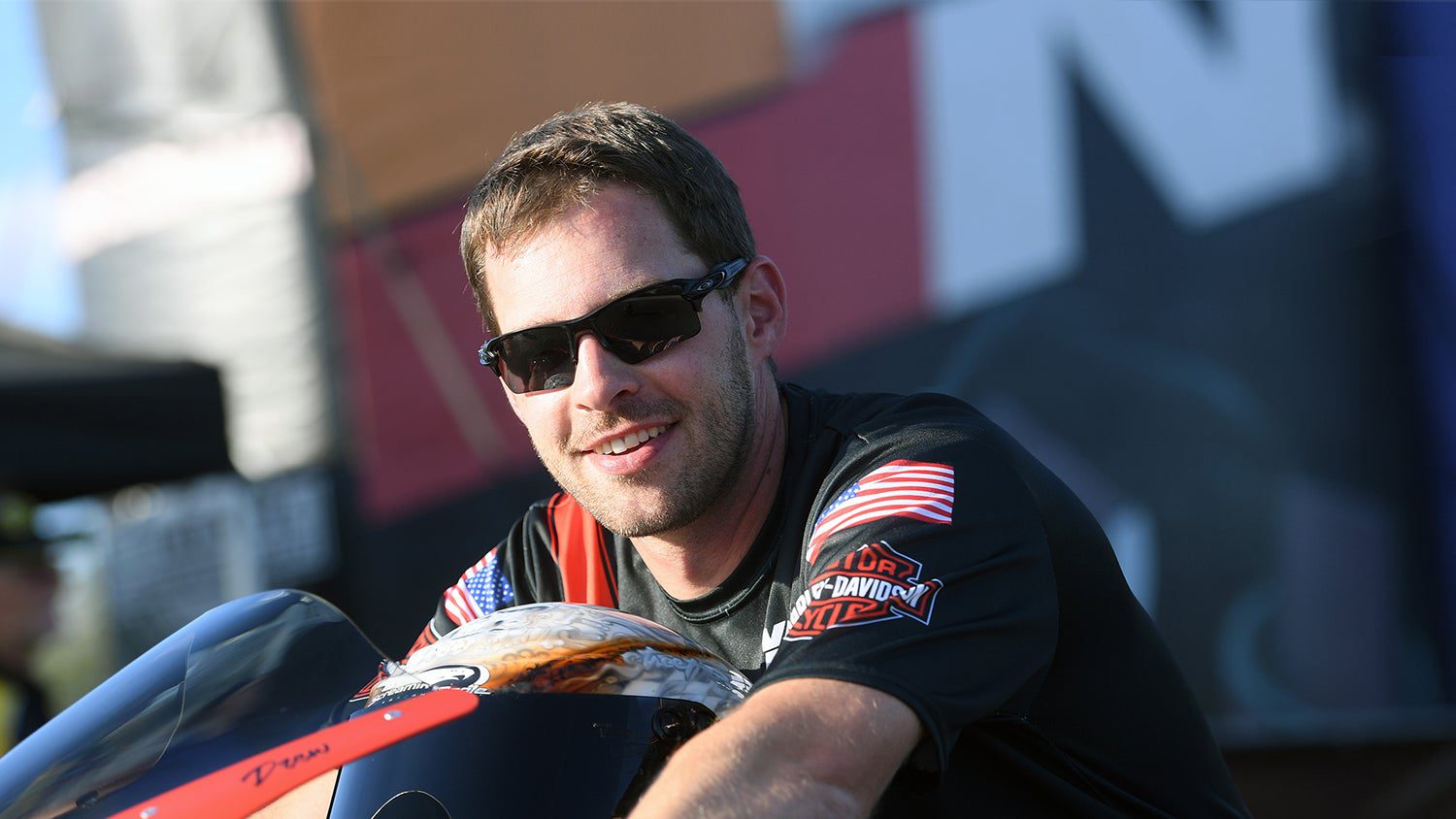 “I don’t know what it is about this track; I have no idea but if I could bottle it up and sell it, we’d all be winners,” said Hines. “Hats off to my team, and especially my brother, Matt. He came up with some good ideas as far as our tune-up and together we got this bike to run some speed from half track to the finish line. I’m just happy I beat that bike [that Stoffer rides]. That’s the bike that LE [Tonglet] rode last year and he was tough and then Karen beat me in St. Louis.”

Following his final round loss to Stoffer two weeks ago in St. Louis, Hines watched his lead in the Mello Yello standings dwindle to just 11-points, and had he lost the final, he’d be relegated to second place. That didn’t happen because Hines’ Screamin’ Eagle Harley-Davidson FXDR came to life during Monday’s rain-delayed final rounds and delivered solid performance numbers including a booming 199.37-mph speed in the final. En route to the final, Hines, the third quickest qualifier, beat Michael Ray, Scotty Pollacheck, and Hector Arana Jr.

Hines isn’t the only rider who is having the best year of his career. With a win and a runner-up at back-to-back races, the same could be said for Stoffer and her Big St. Charles/Skillman Auto Suzuki. Joining Jerry Savoie’s White Alligator team this year, Stoffer has been a force since the start of the season and she was again in Charlotte. The No. 5 qualifier, Stoffer beat Kelly Clontz, Eddie Krawiec, and low qualifier Steve Johnson. She ran the sports fastest Suzuki speed in the final, at 199.20 and also ran 6.797 in her semifinal win against Johnson.

Racing in the final round for the second-straight race, Hines and Stoffer have threatened to turn the points battle into a two-horse race. Halfway through the Countdown, Hines leads Stoffer by 57-points. Krawiec is third but is 115-points back and Jerry Savoie, who suffered a rare round one loss in Charlotte, is 142-points back.