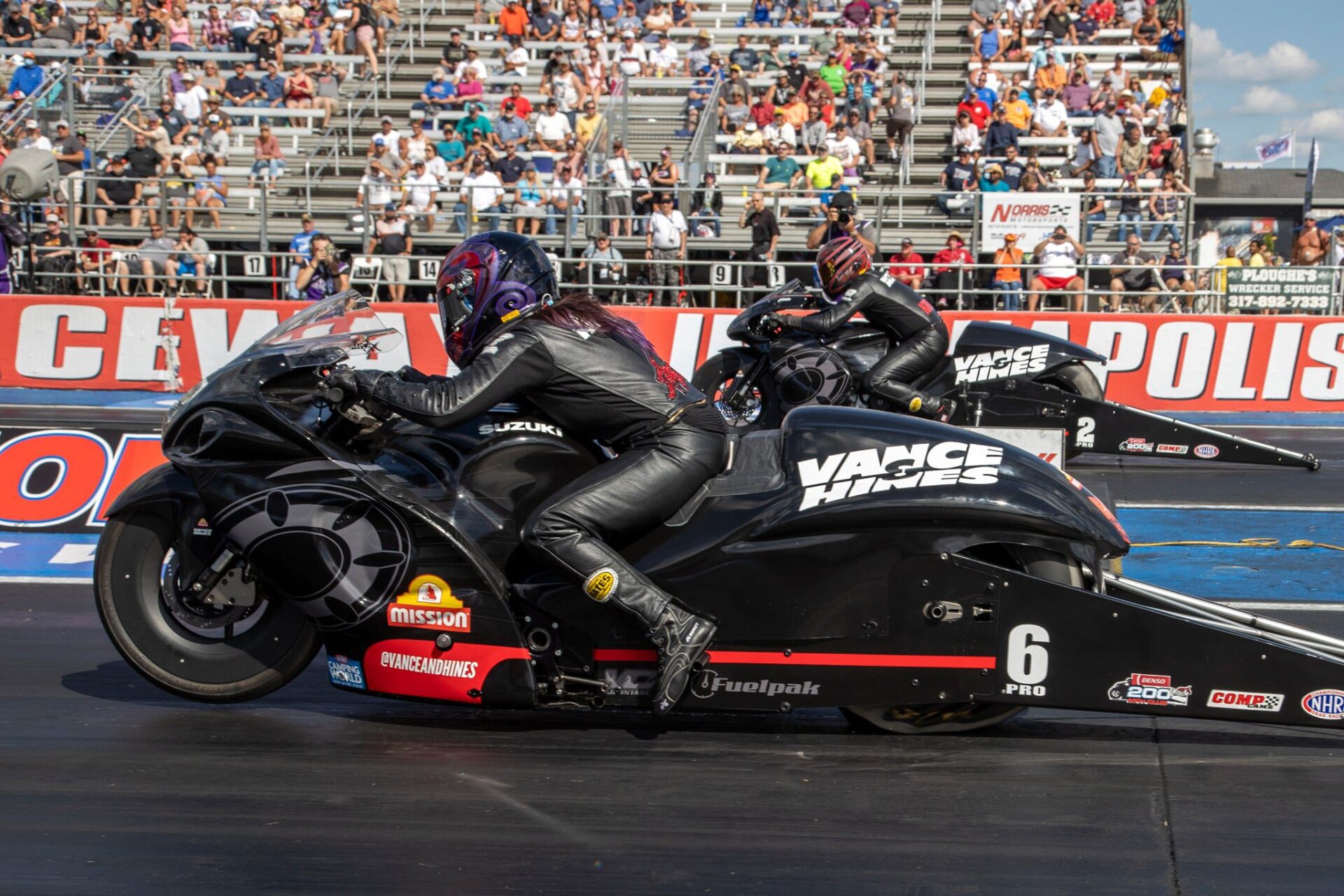 Vance & Hines today announced details of its 2022 campaign to earn the NHRA Pro Stock Motorcycle championship, with a trio of former NHRA champions leading the charge. Andrew Hines will step up to the role of full-time Crew Chief for the team and Angelle Sampey and Eddie Krawiec will each campaign Suzuki Hayabusa motorcycles with Vance & Hines four-valve Suzuki motors.

The company recently announced a strategic partnership with Suzuki which will task Vance & Hines with operating the Suzuki Racing Team for NHRA Pro Stock Motorcycle racing. Suzuki and Vance & Hines have a long history of NHRA success, with seven NHRA PSM championships under their belts.

Andrew is a six-time NHRA PSM champion with a class leading 56 national event victories and is son of Vance & Hines co-founder Byron Hines. He has raced and worked full time for Vance & Hines since 2000, but spent his childhood at racetracks and in race shops as well.

“Being Crew Chief will be a clear advantage for the team and me,” said Hines. “My experience on the seat for two decades, along with great feedback from our riders, will factor in to how I make tuning decisions for the team. I’m excited to be 100% focused on the bikes, Angelle and Eddie. Winning the championship is our goal and this new approach makes us a stronger team.”

Angelle Sampey is the winningest female in NHRA racing and all of motorsports with 45 wins to her credit. She was NHRA Pro Stock Motorcycle champion three times (2000, 2001 and 2002). Sampey joined Vance & Hines in 2019, and in 2021 Angelle competed on a Vance & Hines Suzuki notching two wins. She also reset Suzuki’s all-time best speed of 202.03mph in Charlotte and finished second-place in the NHRA Countdown to the Championship.

“Andrew’s move to Crew Chief is special for Byron and for me,” said Vance & Hines co-founder Terry Vance. “We’ve watched Drew grow up in the sport, become a champion and now take the lead role on the team. He’s got the right combination of skills to excel at this position for us.”

The team will race this season with the existing NHRA-approved, second generation Suzuki Hayabusa bodywork and will work with NHRA to get approval for the all-new, third generation Hayabusa. Once approved by NHRA the new bodywork will be available for all Suzuki-mounted riders to utilize in 2023.

The 2022 NHRA Pro Stock Motorcycle season begins at the GatorNationals in Gainesville, FL March 10-13, 2022. The PSM schedule includes 15 stops in 2022 with the finale at the Auto Club Finals in Pomona, California. 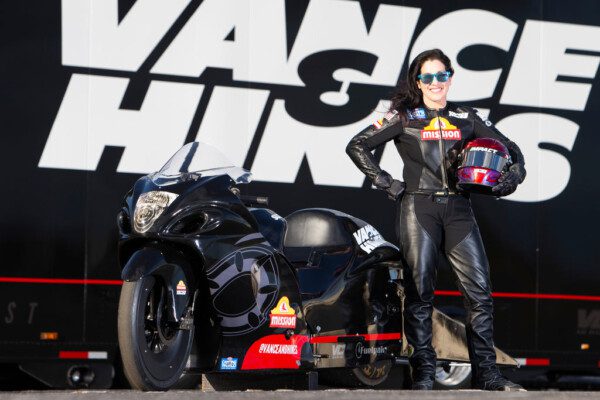