Courtesy of NHRA | Jacob Sundstrom, NHRA National Dragster Associate Editor
Andrew Hines took down Matt Smith to double up at the NHRA Sonoma Nationals.
Andrew Hines won for the seventh time in 2019 to extend his Pro Stock Motorcycle lead. He defeated rival rider Matt Smith by .02-second with a 6.790-second lap at 198.00-mph to double-up at the NHRA Sonoma Nationals.

Hines had already won the Mickey Thompson Pro Bike Battle, a $25,000 specialty contest where Hines took down his teammate, Eddie Krawiec. That was his seventh Pro Bike Battle win and this is his first double-up at Sonoma Raceway.

He beat 2016 Pro Stock Motorcycle world champion Jerry Savoie, Scotty Pollacheck and Kelly Clontz to reach the final. He has fallen short in only one final in 2019, and that was due to a mechanical problem. Hines has already clinched a spot in the NHRA Countdown to the Championship, the field for which will be set at the Chevrolet Performance U.S. Nationals in September — that is the next stop on tour for the Pro Stock Motorcycle class.

“This might be the best motorcycle I’ve ever had underneath me,” said Hines. “I think last year I had a good motorcycle but we just had a hard time closing the deal. That has not been a problem at all this year.”

Smith reached the semifinals of the Pro Bike Battle, which he won in 2018, but was unable to take home the NHRA Sonoma Nationals Wally. He beat Hector Arana Sr., Ryan Oehler and Jianna Salinas from pole position to reach the final.

Hector Arana Sr. and Jerry Savoie both reached the semifinals, making strides in the standings as the Countdown to the Championship chase heats up. Savoie left second against Hines and didn’t have quite enough motorcycle to catch the eventual event winner, while Arana didn’t have the speed to match up against Smith.

The Pro Stock Motorcycle category returns to action at the Chevrolet Performance U.S. Nationals in September. 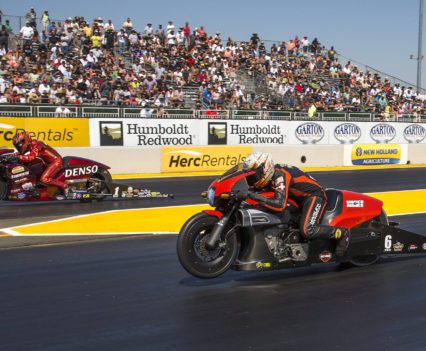 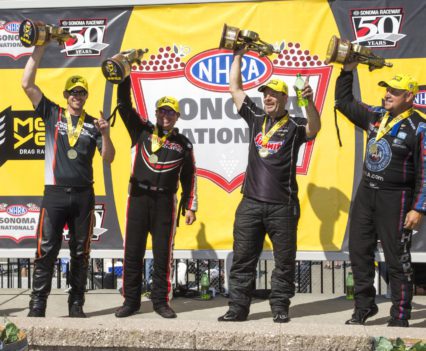 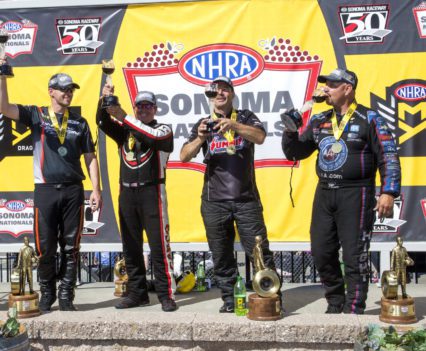 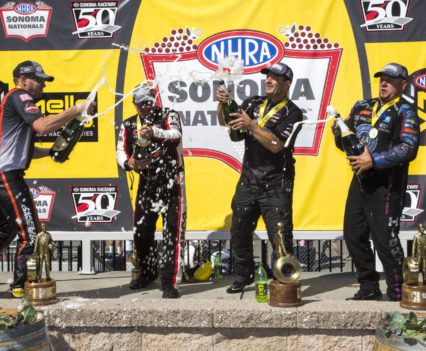 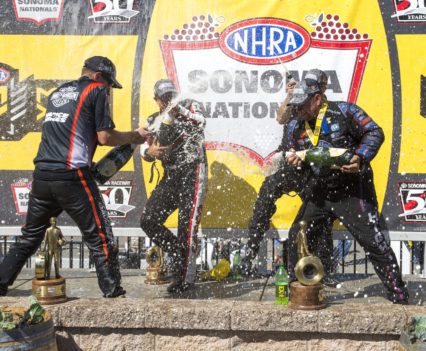 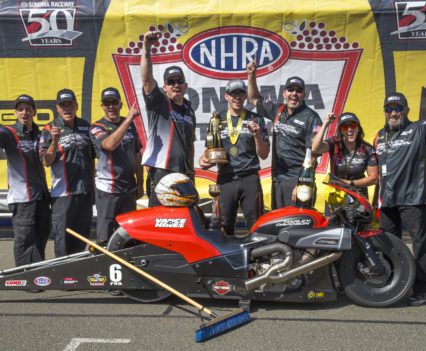 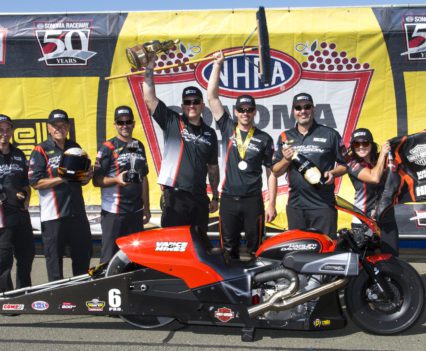 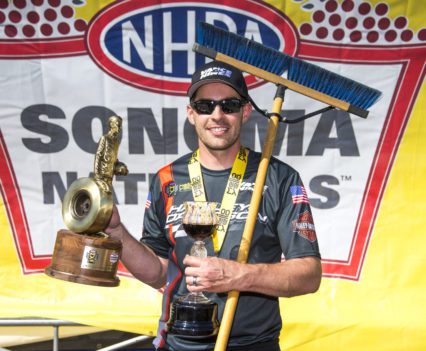 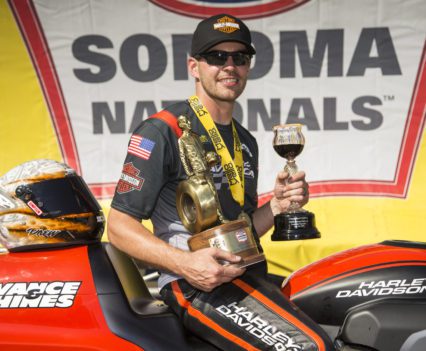