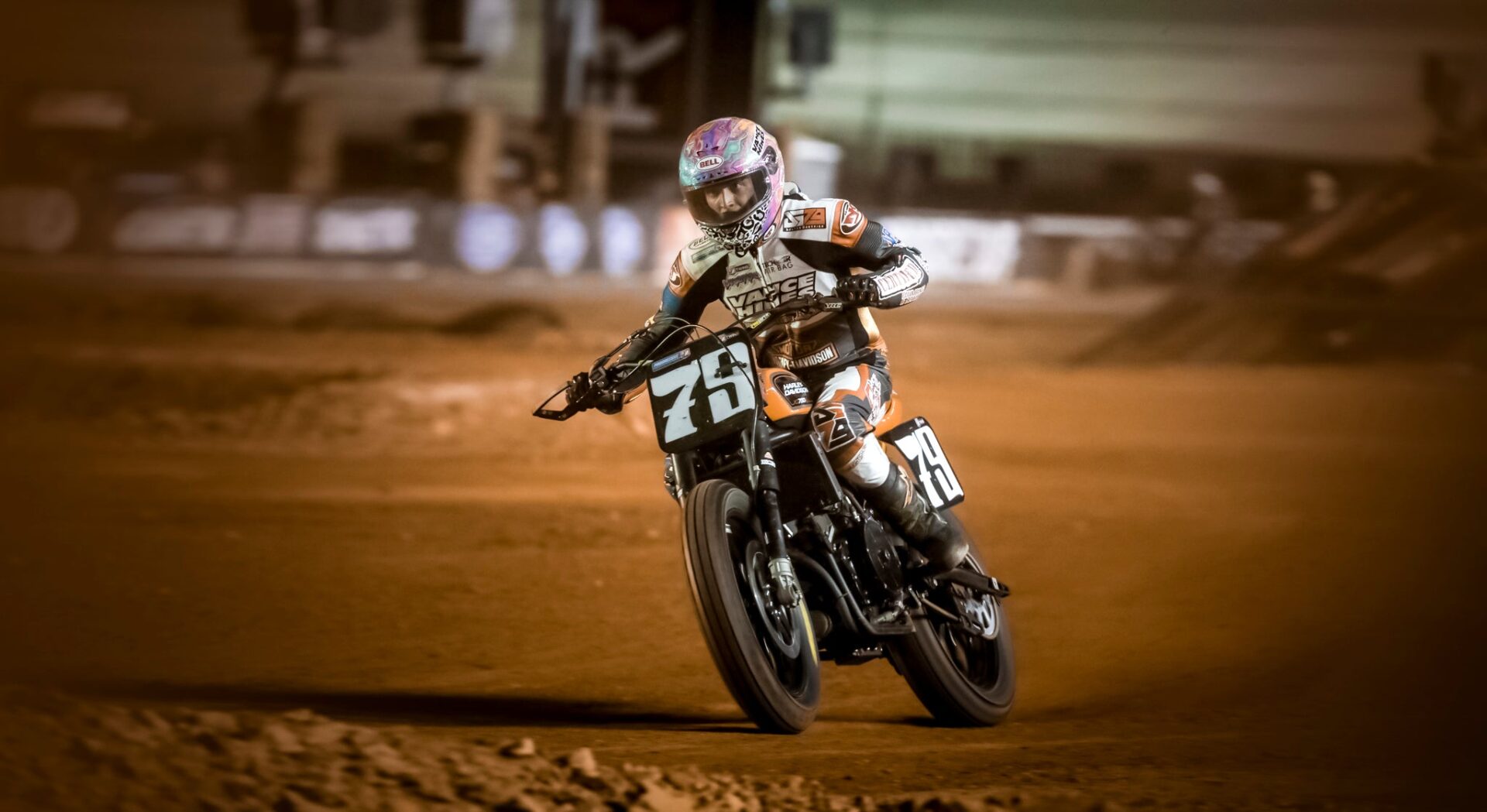 Biggest Racing Weekend of the Year!

Last weekend the Atlanta area hosted three great racing events and it’s only natural that Vance & Hines was at all of them. The Mission Foods King of the Bagger Championship series launched into its three-event series at Road Atlanta, where Hayden Gilliam piloted the Vance & Hines Electra Glide to a fourth-place finish. At the AFT Super TT at Atlanta Motor Speedway, Vance & Hines-sponsored Dalton Gauthier rode his Harley-Davidson XG750R to a second-place finish in the Production Twins class. At the NHRA Southern Nationals, six-time champion Andrew Hines and four-time champion Eddie Kraweic joined three-time champion Angelle Sampey on the Vance & Hines Pro Stock Motorcycle racing team. The star-studded crew delivered two bikes to the semi-final round and Andrew Hines became the seventh member of the Denso 200 MPH Club, joining both of his teammates in the exclusive club.