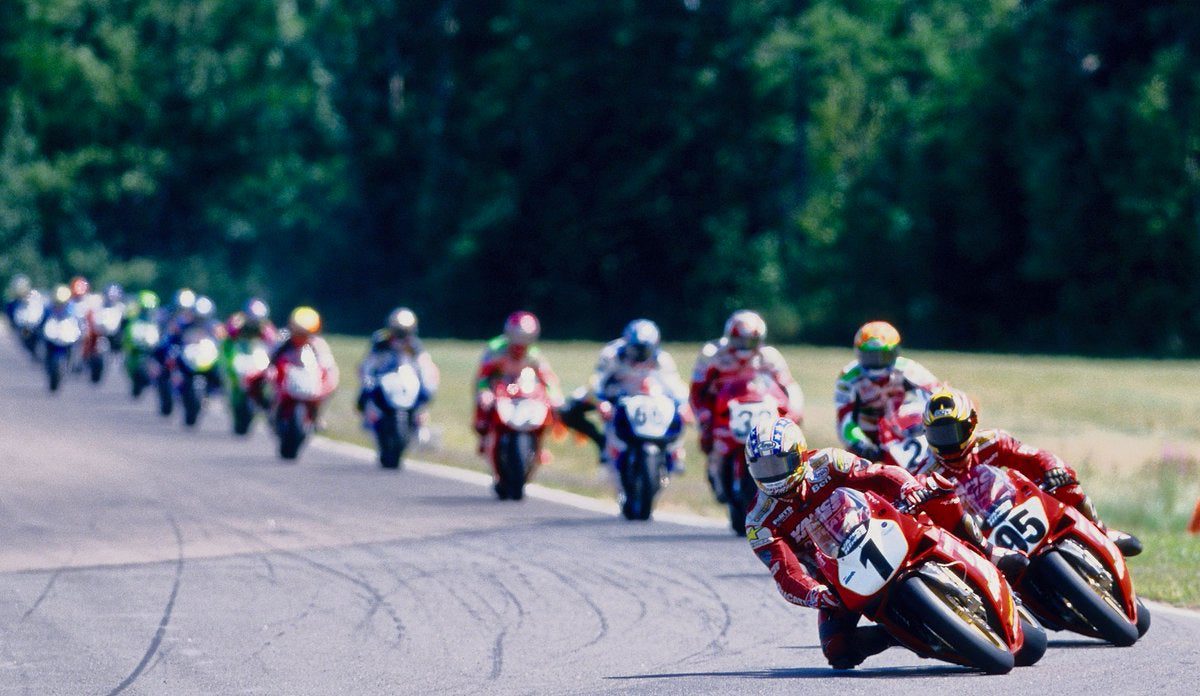 Posted by MotorcycleDaily August 2, 1999
Ben Bostrom (Ducati) finally won an AMA Superbike race Sunday August 1, 1999 at Brainerd International Raceway. Although Bostrom had beaten all of the World Superbike riders just one month ago at Laguna Seca Raceway, and is the defending AMA Superbike champion, through a combination of bad luck and stiff competition, he had not won an AMA race.

With one race remaining in the championship series at Pike’s Peak next month, Mladin controls his fate – he will clinch the championship for Suzuki by finishing second or better even if Ben Bostrom wins the final event.