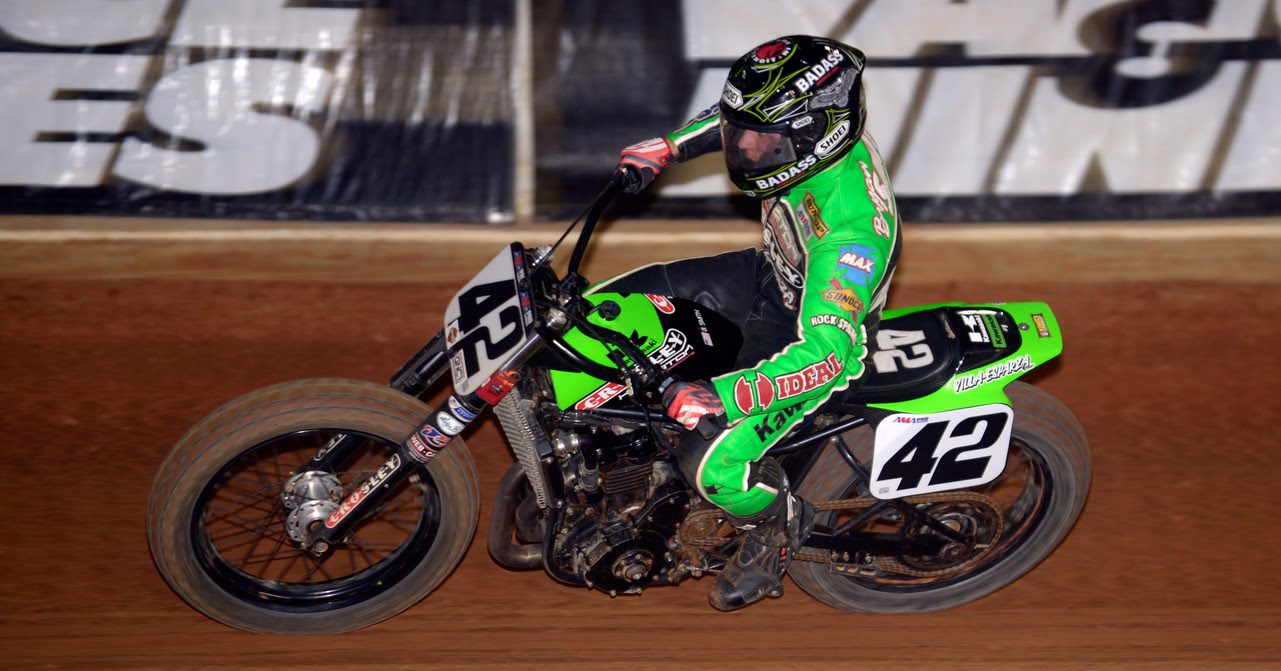 Smith’s victory is compelling on many levels, as Harley-Davidson GNC1 presented by Vance &Hines points leader Jared Mees suffered a costly bike malfunction on the final lap as he was challenging Smith for the lead. The incident forced Mees from the race and left him watching in disgust as he witnessed his rival cross the finish line and swipe the elusive checkered flag.

Kenny Coolbeth was next in line after Mees went down at the beginning of lap 25, and the No. 2 Zanotti Racing Harley-Davidson pilot claimed his second runner-up finish in the last three rounds. Coolbeth’s second-place finish was a nice rebound after his struggles last round at the Peoria TT, and the three-time Grand National Champion now sits fourth in the point standings.

“That was some intense racing,” said Smith. “That’s about as fast as a motorcycle can go on a Half-Mile and I’m glad we could put on a great race for all of these Charlotte fans. That was everything my bike had, every ounce I had, that was everything. I didn’t realize until after the checkered flag that I had gotten away from Kenny (Coolbeth) a little bit, I almost threw it away but I just kept charging and fortunately it was a good end result.”

Smith’s win and Mees’ 17th-place finish created an earthquake in the Harley-Davidson GNC1 presented by Vance & Hines point standings, as Mees now sits only six markers ahead of the No. 42 Crosley Radio Kawasaki pilot in the standings, 158-152.

The victory was Smith’s fourth of the season, and his first time back on the podium since his second-place Indy Mile finish on July 11.

Rounding out the podium with a third-place effort on Saturday night was Sammy Halbert, who now sits third in the points. Halbert started from 13th on the grid and deftly maneuvered his way through traffic aboard the No. 69 Briggs Auto Harley-Davidson to earn his third podium of the season.

Brandon Robinson, aboard the No. 44 Latus Motors Racing Triumph, finished fourth to earn his first top-five finish since the Sacramento Mile on May 30. Robinson sits fifth in the point standings as he heads into the homestretch of the 2015 AMA Pro Flat Track season.

Saddlemen Rookie of the Year frontrunner, Jarod Vanderkooi, put together his finest performance of 2015 aboard the No. 17F Don’s Kawasaki machine. Vanderkooi finished fifth at Charlotte and is turning heads during his rookie campaign in the elite Harley-Davidson GNC1 presented by Vance &Hines class. The rookie now sits 12th in the points.

Jake Johnson finished eighth aboard the No. 5 Factory Harley-Davidson on Saturday night. The veteran put together an impressive Heat performance and finished third in the Dash for Cash.