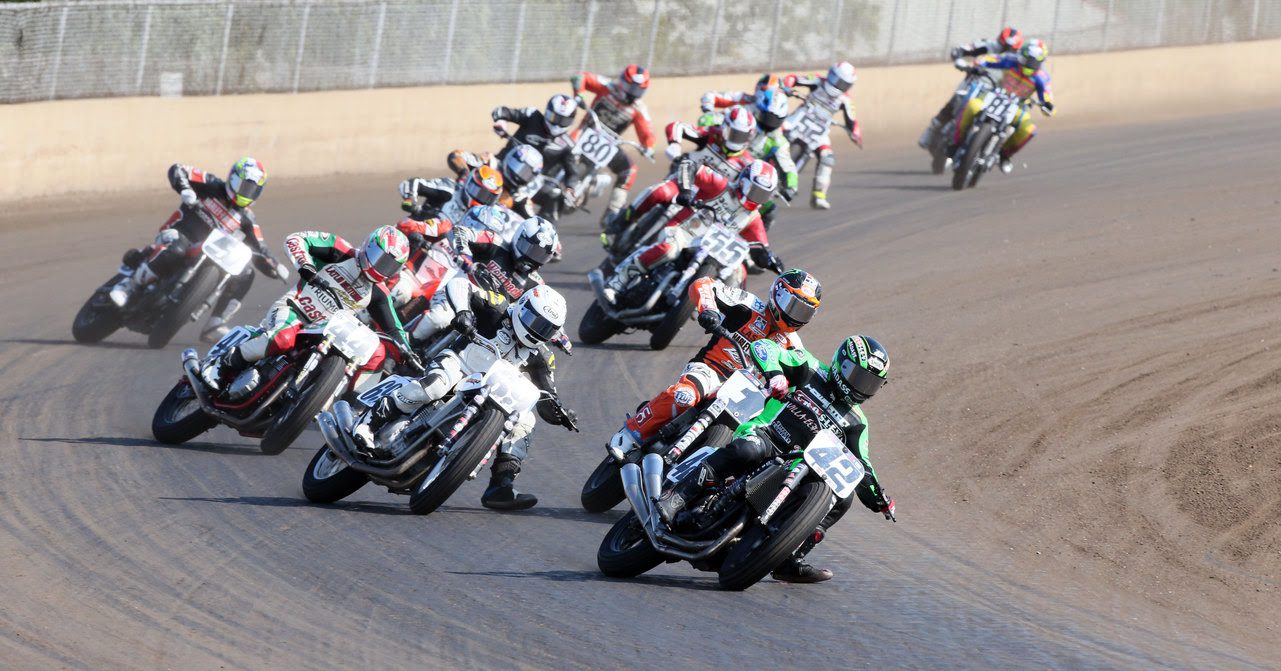 In an epic finish that came down to the final lap, Bryan Smith edged out a fast field of AMA Pro Flat Track stars to capture his whopping sixth Harley-Davidson GNC1 presented by Vance & Hines victory of the 2015 season.

Smith’s win puts him a single point behind defending GNC1 champion Jared Mees in the championship hunt with three rounds remaining. The Michigan native deftly double drafted past Mees and Jake Johnson on the final lap to snatch the victory. With four out of five Mile wins aboard his No. 42 Crosley Radio Kawasaki in 2015, Smith continues to cement his legacy as the top Mile-circuit rider of his generation.

“On the last corner, I was wondering where Johnson came from, he about schooled Jared and I,” said Smith. “It was just a fun race. We were all so fast, and I was just trying to consistently stay out front but conserve my tire at the same time. It’s literally like threading the needle out there. I didn’t win the Dash for Cash so I’m pretty bummed about that but I’ll take the main event win over the dash any day.”

Like most of his recent wins on a Mile course, Smith had to fight for this one. In fact, the gap between Smith and second- and third-place finishers, Mees and Johnson, was a mere .027 seconds. Johnson held the lead coming out of turn four of the final lap before coughing up the lead to Smith at the finish line, eventually finishing third.

Second-place finisher Mees rode his No. 1 Las Vegas Harley-Davidson hard on Sunday, and he almost pulled off the upset in front of a jam-packed audience at the Illinois State Fairgrounds. The defending champion leaves the Midwest with a one-point lead over Smith in the standings as the two head into the season’s final three rounds.

Although he experienced the bitter sweetness of finishing third, Johnson performed extraordinarily on Sunday aboard the No. 5 Factory Harley-Davidson. The two-time champion has filled in admirably for the injured Brad Baker since taking over last month, posting the fastest qualifying time of the day and also finishing second in the Dash for Cash.

Fourth-place finisher Sammy Halbert wasn’t in the photo finish at the end, but he was a legitimate threat to win throughout the race. The No. 69 Briggs Auto Kawasaki pilot made aggressive moves to get to the front of the pack during several points of the race and though he never registered a leading lap on the official lap chart, he did find himself out front multiple times. Halbert’s shining moment on Sunday was his thrilling Dash for Cash victory, and he now sits third in the point standings behind Mees and Smith.

Rounding out the top-five finishers on Sunday was No. 2 Zanotti Racing rider Kenny Coolbeth Jr. The three-time champion had to use a Semi 1 win to qualify for the main event and he took full advantage of his opportunity, turning a 14th-starting position in the Main to a fifth-place finish.

Brandon Robinson, riding the No. 44 Latus Motors Racing Triumph, also led the race at one point before finishing an eventual sixth.