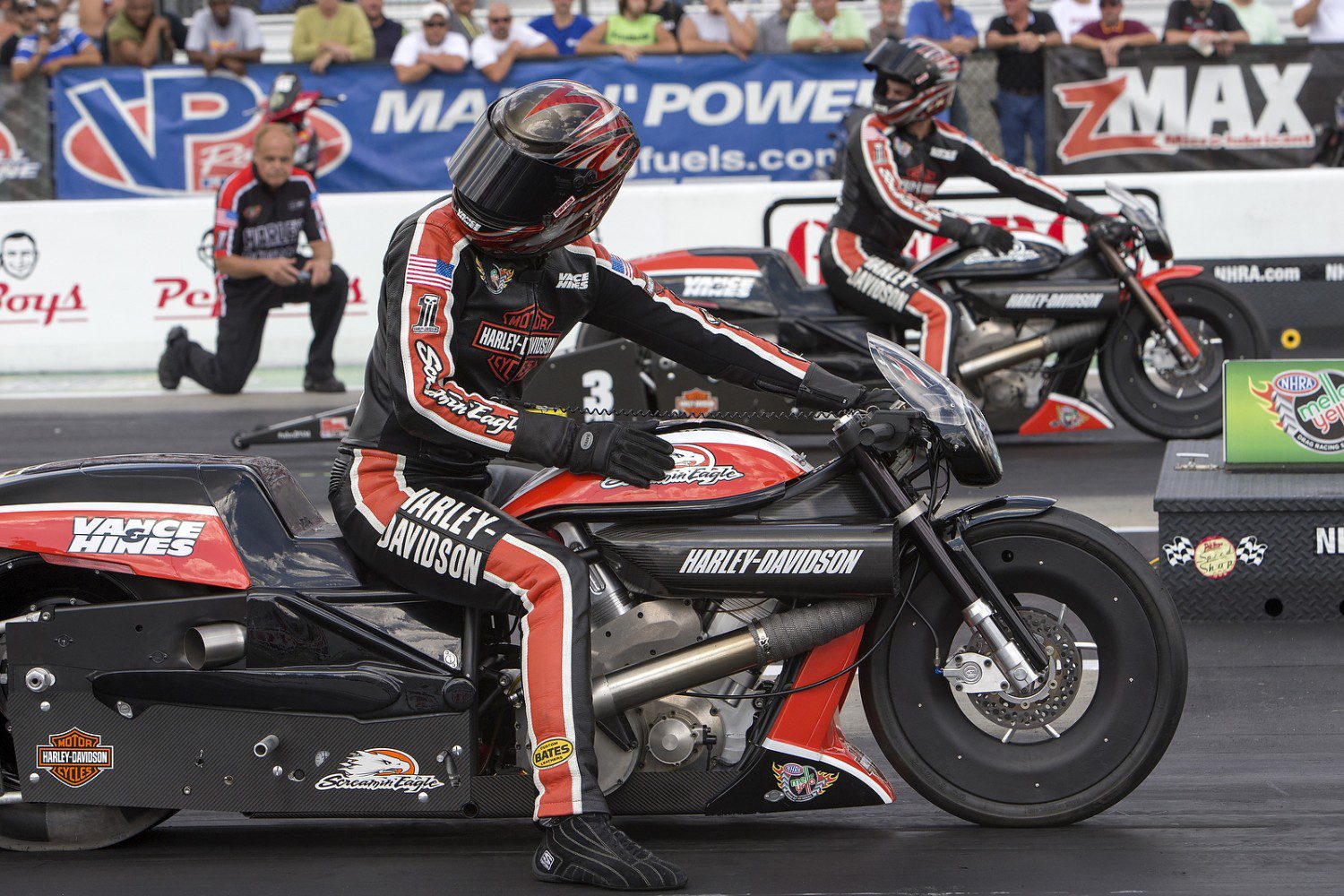 Courtesy of NHRA
NHRA officials announced today that the continuation of eliminations for the Pep Boys NHRA Carolina Nationals, round one of the NHRA Mello Yello Countdown to the Championship playoffs, will be completed during qualifying rounds at next weekend’s AAA Texas NHRA FallNationals at Texas Motorplex near Dallas.

Three rounds of racing remain for both Top Fuel and Funny Car, and all rounds remain for Pro Stock Motorcycle. Four pairs of Pro Stock cars also need to complete their first-round runs.

Persistent rain showers moved into the Charlotte area on Sunday afternoon and halted racing after only the first round in Top Fuel and Funny Car had been completed. Four pairs of cars in Pro Stock had finished, and the rain began to fall just as the NHRA Safety Safari presented by AAA was cleaning up the racing surface following a crash during Pro Stock eliminations.

In Pro Stock racing, Shane Gray, Jeg Coughlin Jr., Jason Line, and V. Gaines all won their opening rounds. Gaines, whose Dodge Dart went out of control and crashed past the finish line in his round-win over Allen Johnson, was uninjured in the incident, and he will be allowed to use a replacement car for the continuation of eliminations. Four first-round Pro Stock pairs remain, including Erica Enders-Stevens vs. John Gaydosh; Jonathan Gray vs. Rodger Brogdon; Vincent Nobile vs. Larry Morgan; and Dave Connolly vs. Shane Tucker.