Courtesy of NHRA
Eddie Krawiec’s start to the NHRA Mello Yello Countdown to the Championship has been nothing short of perfect. He has won the first two Pro Stock Motorcycle events, firmly putting the three-time world champion in the driver’s seat heading to the AAA Insurance NHRA Midwest Nationals.

Eddie Krawiec’s start to the NHRA Mello Yello Countdown to the Championship has been nothing short of perfect. He has won the first two Pro Stock Motorcycle events, firmly putting the three-time world champion in the driver’s seat heading to this weekend’s AAA Insurance NHRA Midwest Nationals at Gateway Motorsports Park.

But all Krawiec has to do is take one look at his competition to know the work is far from over and this is no time for celebrating. The NHRA’s six-race playoffs hits the halfway mark in St. Louis and, despite the recent success, expect Krawiec to be as hungry as ever on his Screamin’ Eagle Vance & Hines Harley-Davidson.

“I’m just staying focused, just want to go one round at a time and do my job on the starting line,” Krawiec said. “I have a good motorcycle under me. I’m kind of priding myself in my riding that I’ve done the first two Countdown races. That’s what you need to do. There’s too many good motorcycles out here to slack off. If I want to win a championship, I have to do my job and, first things first, that’s on the starting line. I’ve got a great crew behind me, I’ve got a great motorcycle under me and I’m very confident. I think that’s the combination for going rounds.”

Shawn Langdon (Top Fuel), Jack Beckman (Funny Car), Alex Laughlin (Pro Stock) and Jerry Savoie (Pro Stock Motorcycle) were last year’s winners of the event that will be televised on FOX Sports 1, including live final eliminations coverage starting at 2:00 p.m. (ET) on Sunday, Oct. 1. It is the third straight race to kick off the NHRA Mello Yello Drag Racing Series’ six-race playoffs and there is nobody hotter in the entire sport right now than Krawiec, who has 40 career wins.

krawiec2.jpgHe won in Indy and started the Countdown to the Championship with victories in Charlotte and Reading, opening up a 71-point lead on LE Tonglet and an 89-point advantage on Hector Arana Jr. Heading to ideal racing conditions in St. Louis has Krawiec excited for more opportunities to win, and the talented veteran isn’t shy about his mindset in going after another world title.

“It’s kind of surreal right now,” said Krawiec, who has five victories in 2017. “I don’t want it to stop. We want to win every race in the Countdown. That’s our goal. We want to win every single race. We’re racers. There’s no better time to hit your stride than when you’re rolling into the Countdown. The way Pomona is this year, being a point and a half race, you better have a 140-point lead rolling into Pomona if you think you’re going to have a cushion.”

Krawiec was impressed with his bike’s performance in the warm weather at Reading, backing it up with incredible reaction times that have been a staple in Krawiec’s title seasons. With everything coming together in conditions that have normally been difficult for Krawiec and longtime teammate Andrew Hines, he’s confident in what his team can do this weekend in St. Louis. A third straight playoff win would open up a commanding lead, but Krawiec isn’t thinking too far ahead.

“We’ve turned the corner on our program, just on the engine tuning side of it,” said Krawiec, a two-time St. Louis winner. “We’ve always struggled in the heat. I’m excited and I’m kind of licking my chops for St. Louis. I love cool races and it’s going to be a good one. To be able to get to these facilities and have great racing surfaces is a key thing for all of us in the Countdown.”

To purchase general-admission or reserved seats, call 855-RACE-TIK (722-3845). Tickets also are available online at www.gatewaymsp.com. Kids 12-under are free in general admission areas with a paid adult. To honor the Salute to First Responders, military and first responders can save 20 percent on general admission tickets at the gate. 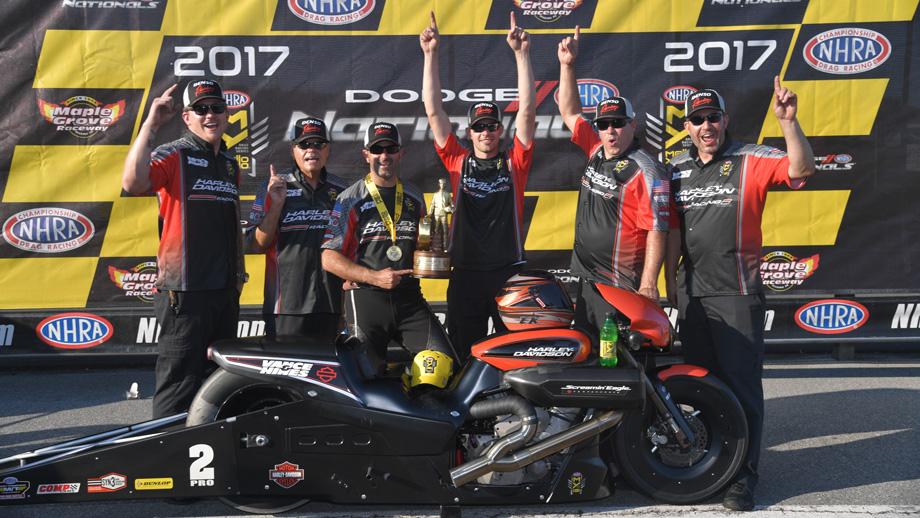