Courtesy of American Flat Track
The numbers are in, and it’s a fact: The 2018 Harley-Davidson TT presented by Russ Brown Motorcycle Attorneys at DAYTONA on March 15 was a major success, with record-breaking crowds and the biggest-ever audience for a FansChoice.tv flat track live-stream broadcast.

Not only did the 2018 DAYTONA TT attract the largest crowd ever for a flat track race during Bike Week, the FansChoice.tv broadcast that evening recorded its biggest-ever audience for a flat track race, with nearly 44,000 viewers streaming a total of more than 50,000 hours, a 53-percent increase over 2017.

Several new attractions helped make the 2018 DAYTONA TT so successful with attendees and viewers. Trackside seating, which allowed fans to spectate along pit road and get seriously close to the action, sold out completely, and more bleachers are planned for 2019. The Garage Pass ticket option, which allowed paddock access by fans for the entire day – and which allowed up-close-and-personal exposure to the teams, riders and AFT racing motorcycles – was also a big hit. And the family-friendly UNOH FanZone, which offered a wide range of attractions including classic bike displays, live music, vendors, food and beverage sales and more, was also extremely popular with race fans.

When you combine all that with the spectacular wins by reigning Grand National Champion Jared Mees in AFT Twins presented by Vance & Hines and Dan Bromley in AFT Singles, Bubba Blackwell’s motorcycle jump over 14 cars during opening ceremonies, the presence of Daytona legend ‘Fast Freddie’ Spencer as the DAYTONA TT’s Grand Marshal, plus the rider autograph session and the Bigger, Better, and Faster DAYTONA TT racing circuit, which was universally praised by riders and fans alike, it’s easy to see why the 2018 Harley-Davidson TT presented by Russ Brown Motorcycle Attorneys at DAYTONA was a grand success. American Flat Track has more surprises up its sleeve, so look for the 2019 DAYTONA TT to pack even more punch.

Meanwhile, don’t miss the NBCSN broadcast premiere of the DAYTONA TT on Sunday, March 25 at 2:00 pm ET/11:00 am PT. The DAYTONA TT show will be re-broadcast on Wednesday, March 28 at 4:00 pm ET/1:00 pm PT for those that missed it, or fans that just can’t get enough American Flat Track Action. The racing in this year’s event was hot and heavy, so you don’t want to miss these superb broadcasts. Set those DVRs as soon as you can! 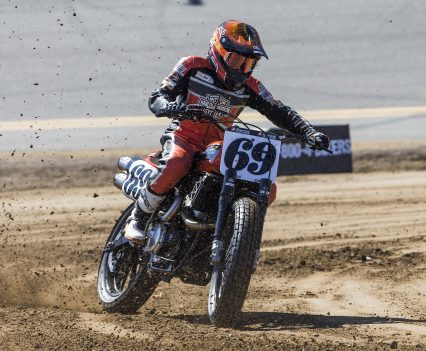 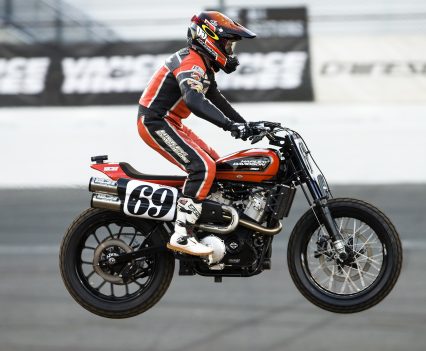 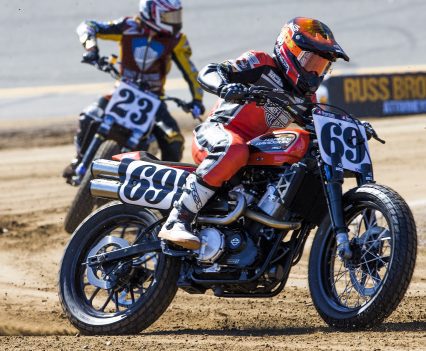 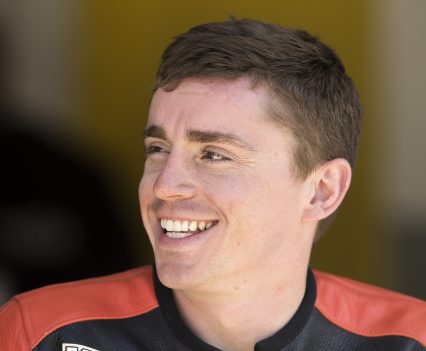 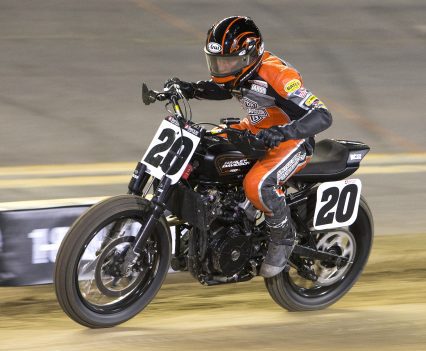 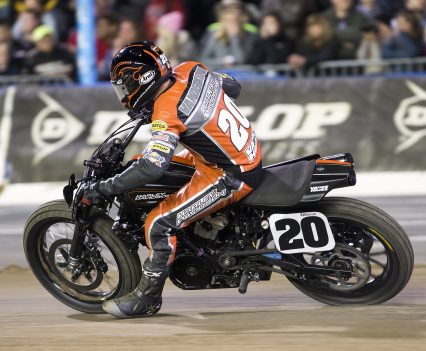 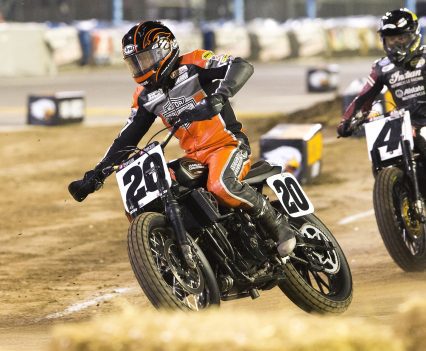 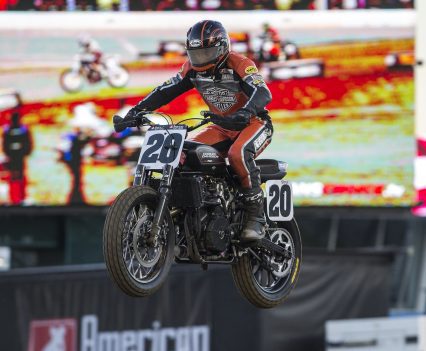 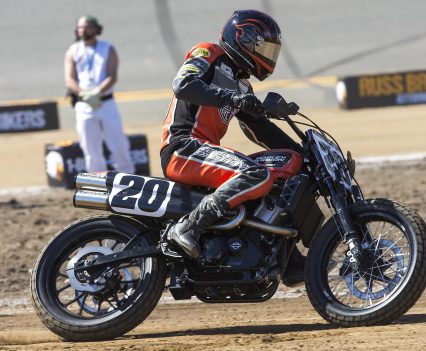 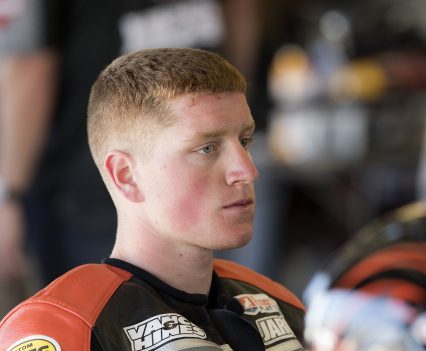 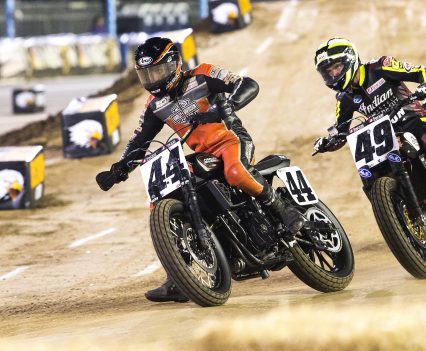 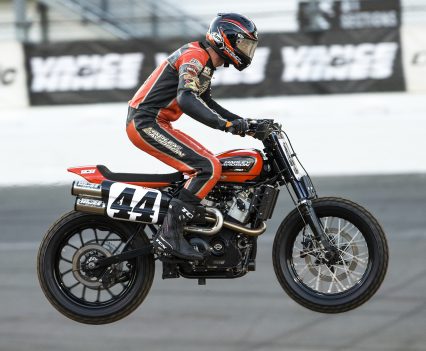 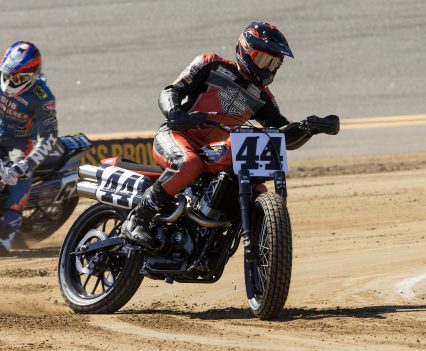 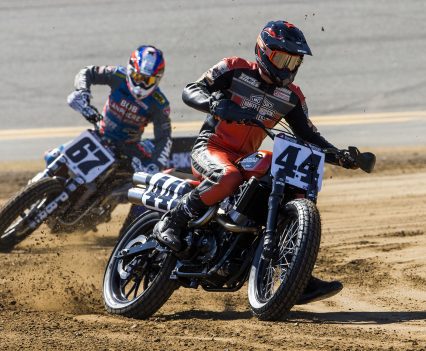 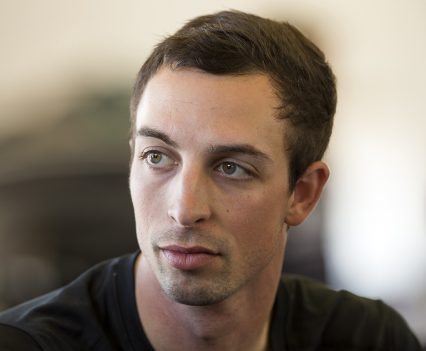 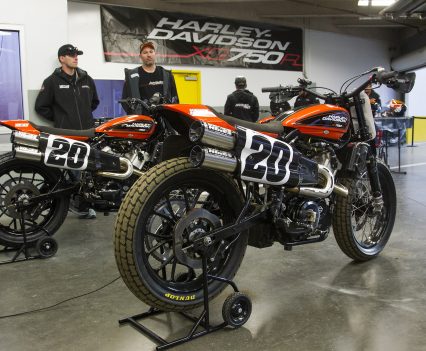