Doug Vancil, near lane, took over the points lead in the Mickey Thompson Tires Top Fuel Harley series following his second win of the season.
Vancil, who also won the Pomona season-opener, rode to a 6.300, 230.76 to stop Randal Andras, who left first by four-hundredths of a second, but spun the rear tire and slowed. Andras was appearing in his first final in the series. 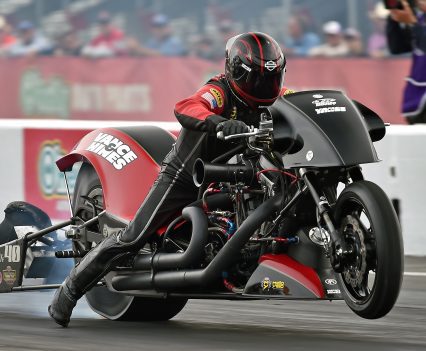 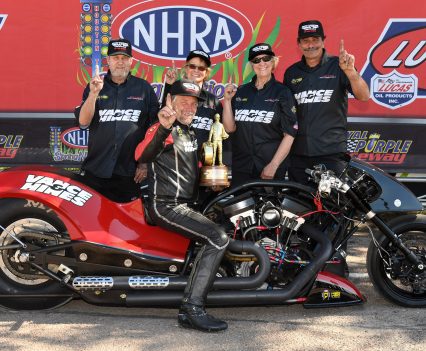 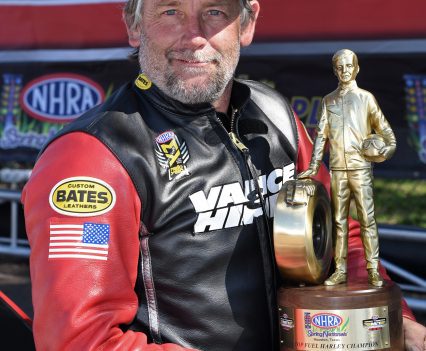