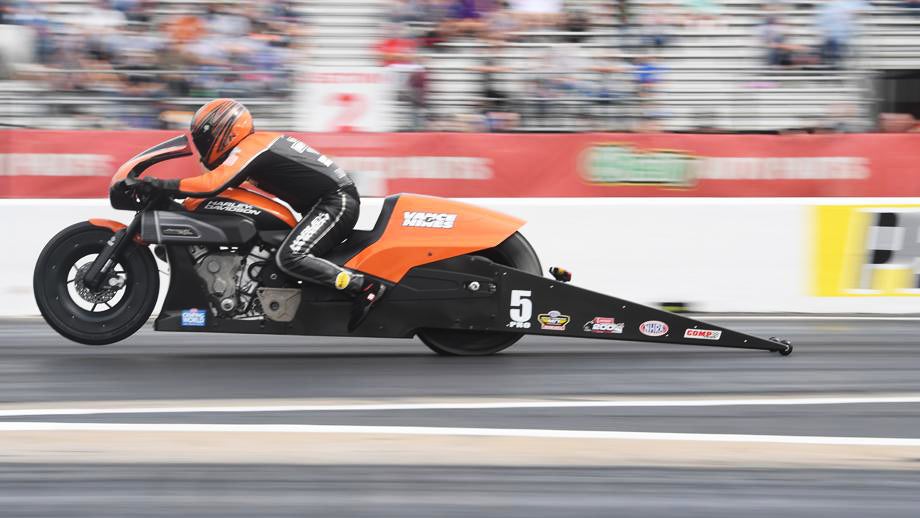 For the first time since the Brainerd event in 2018, a span of 26 months, Eddie Krawiec earned a Pro Stock Motorcycle Wally when he rode his Harley-Davidson FXDR to a final round win against Ryan Oehler at Houston Raceway Park. Appearing in his 85th career final, Krawiec nabbed career win No. 48 with a 6.801 to easily cover Oehler’s 6.905.

“I can tell you one thing; don’t take a Wally for granted because sometimes they don’t come,” said Krawiec, who had lost nine-straight final rounds following his Brainerd win, including five-straight against his teammate, Andrew Hines. “Sometimes it’s not what you because sometimes luck just rolls your way. With two plus years being out of it, it just feels good. I feel like I’ve accomplished everything I need to and don’t have to prove anyting. but  it’s nice just to get it done. There is a lot of great racers in the class and you can’t take anyting for granted. Take every win for what it is and enjoy it. We now have four or five bikes fighting for the championship so it’s great racing and it’s the way it should be.”

Krawiec has been a strong qualifier at the first six events held this season but had little to show for it on race day other than three semifinal finishes. That changed in Houston. Krawiec continued to qualify well with a 6.799 that was good for the No. 3 spot but this time he was able to carry that momentum through race day with a consistent performance that included four runs between 6.801 and 6.818 in his wins against Michael Phillips, Dallas winner Jerry Savoie, Hector Arana Jr., and Oehler.

Coming into the Houston race, Krawiec probably didn’t give much thought to the prospect of winning a fifth championship but he currently finds himself tied with Scotty Pollacheck for second place, 78-points behind leader Matt Smith with the points-and-a-half bonus available next week in Las Vegas.

As for Oehler, it’s not as though anyone thought his first win earlier this year was a fluke, but just in case there was any doubt, the hard-charging privateer backed his Indy title up with a second final round appearance in Houston. Oehler was also very strong in qualifying with a fourth-best 6.808. Oehler then cleaned out some of the class’ heaviest hitters on his side of the ladder with wins against Hines and Smith. He use a .007 light to take a 6.85 to 6.81 holeshot win over Hines and then went to the final with a 6.85 after Smith’s Denso EBR slowed. 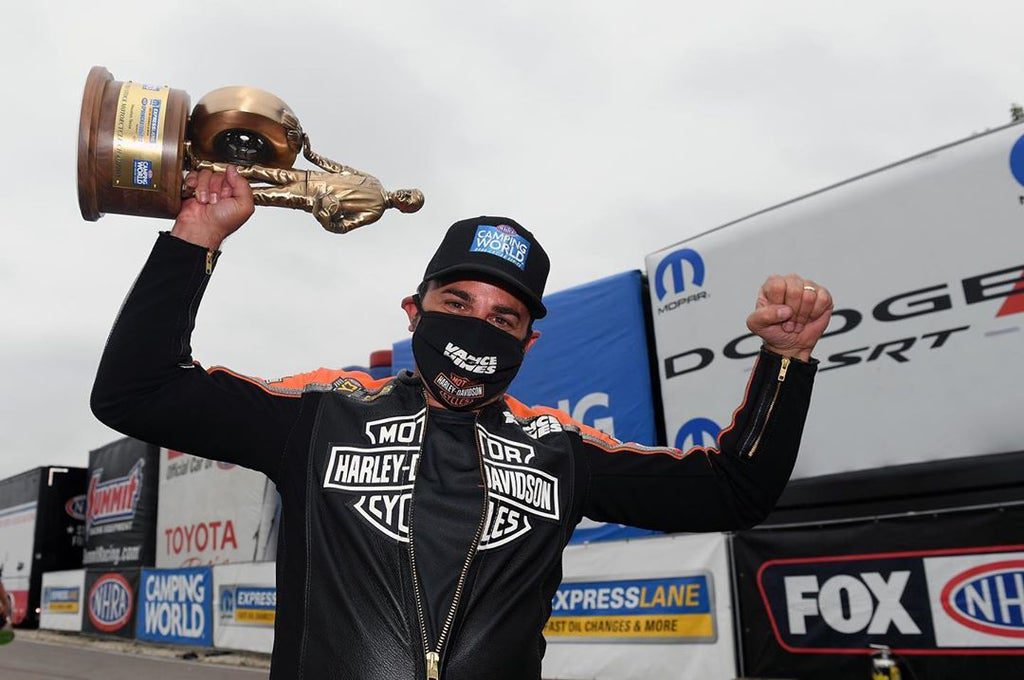 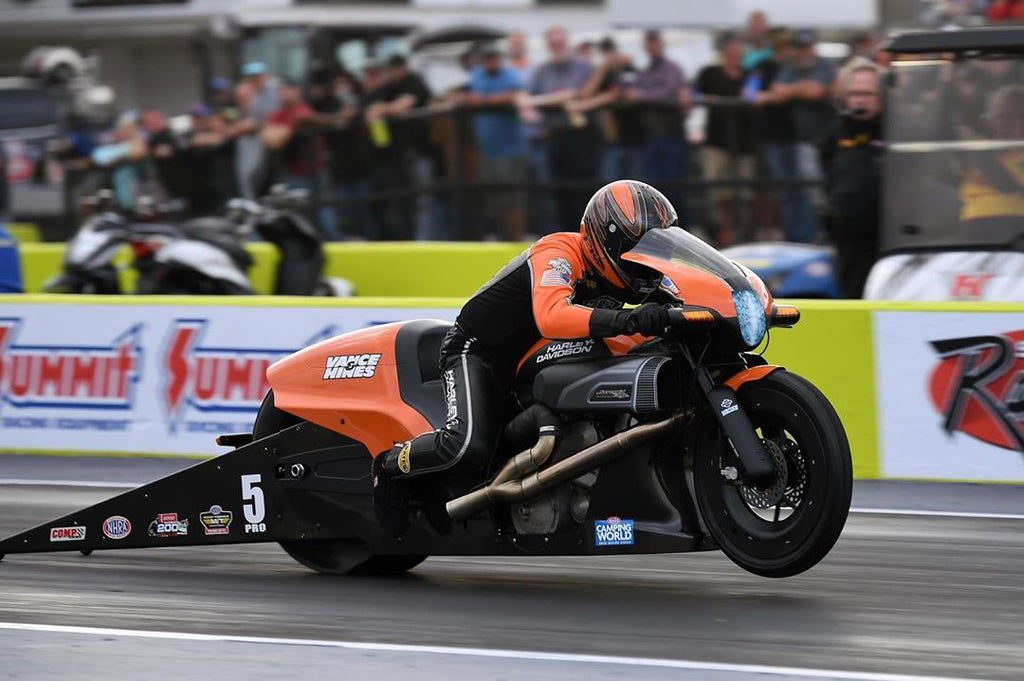 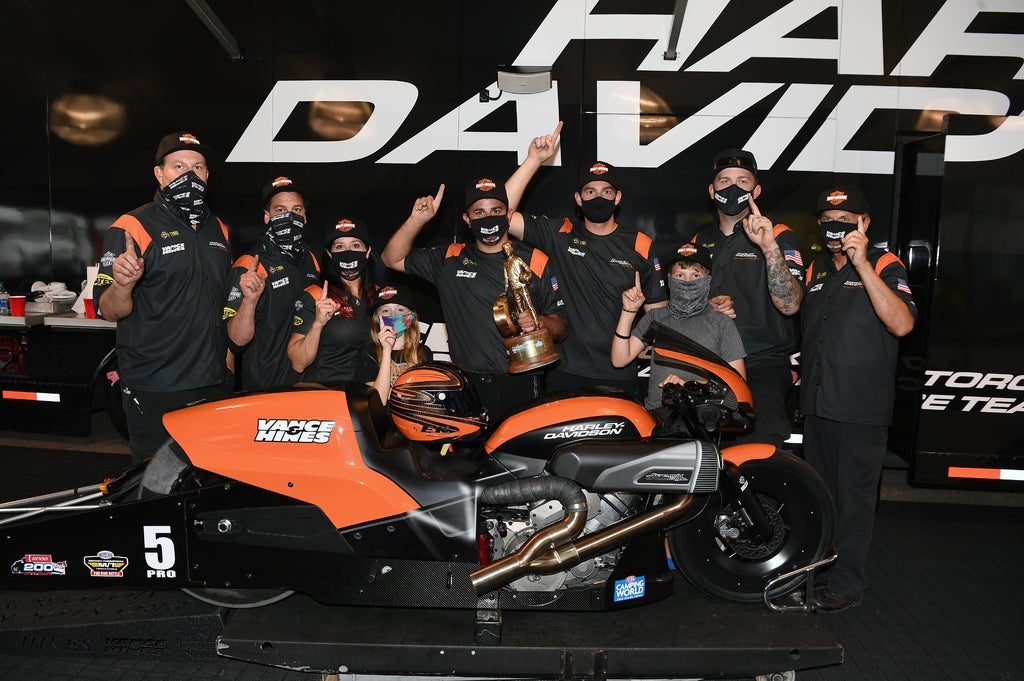