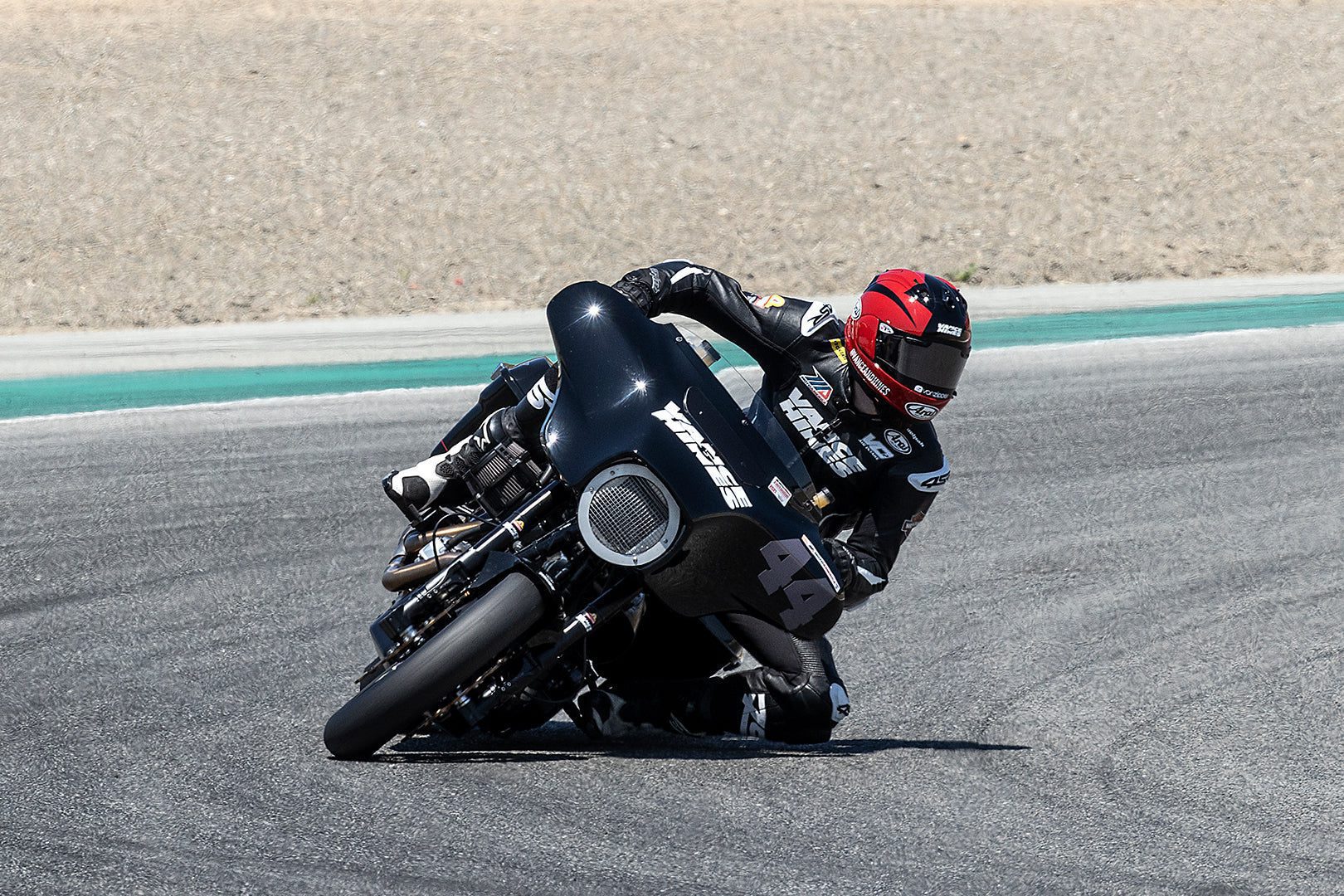 EXPANDED EFFORT FOR 2022 MOTOAMERICA KING OF THE BAGGERS

Vance & Hines today announced the details of the company’s involvement in MotoAmerica’s King of the Baggers (KOTB) racing series in 2022. The company will field a two-bike team featuring James Rispoli and Taylor Knapp riding, with technical support from the company’s Racing Development Center in Brownsburg, IN. Matt Hines, former NHRA Pro Stock Motorcycle champion and son of the company’s co-founder Byron Hines, will be Crew Chief for the team. Mission Foods will be a sponsor of the Vance & Hines effort.

This year, both riders will be aboard Harley-Davidson Road Glides which will feature “improvements throughout the whole bike, based on what we learned last year,” according to Matt Hines. “We’re excited that the series has expanded to six races and that so many of our customers are interested in seeing high-performance baggers on the track.” 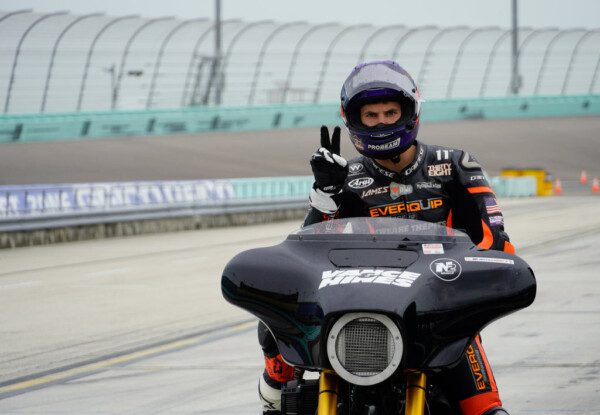 Rispoli has amassed a formidable resume of speed and winning in flat track and road racing, both here and abroad. After winning back-to-back AMA Pro SuperSport championships in the US, Rispoli made a name for himself competing in the prestigious British Superbike championships for five seasons. He followed that with a return to his flat track roots, winning the 2020 AFT Production Twins title in dominant fashion with seven wins aboard a Vance & Hines-built Harley-Davidson XG750R. This season, Rispoli will bring his signature #43 back to road racing in MotoAmerica on the Vance & Hines KOTB Harley-Davidson Road Glide. 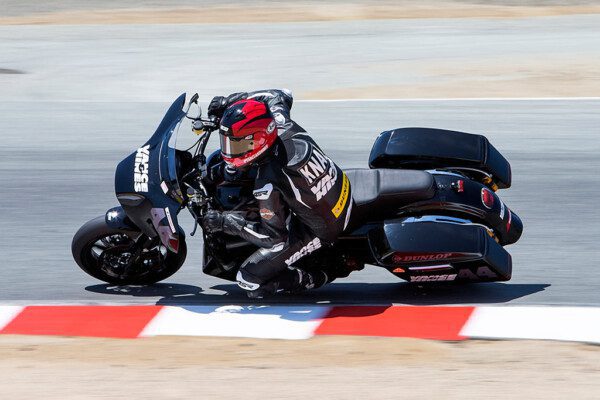 Taylor Knapp returns to the Vance & Hines King of the Baggers team in 2022, after running two of the three races with the company last year.

Knapp is one of the most seasoned veterans in the MotoAmerica paddock today, having competed for both factory and privateer teams in Daytona SportBike, AMA SuperBike, British Superbike and MotoAmerica 1000 SuperStock. He has established himself as one of the most versatile riders in road racing, and currently works as a test rider for Dunlop Tire Company. In 2021, Knapp joined the Vance & Hines team for two rounds on its KOTB entry at Road America and Laguna Seca and will be running his trademark #44 for the 2022 season.

Technical leadership for the team comes from the all-star combination of Matt Hines and road racing mainstay, Gene Burcham.

Matt Hines has been working for Vance & Hines full time since 1994, but you can add another half dozen years to his seniority as he’s been working in the race shop since he was in high school. He is a three-time NHRA Pro Stock champion and was the NHRA’s Rookie of the Year in 1996. After stepping away from riding, Hines moved to the crew chief role for the company’s NHRA Pro Stock Motorcycle efforts where he guided the team to ten championships with riders Eddie Krawiec and Matt’s brother, Andrew Hines, on Harley-Davidson motorcycles. 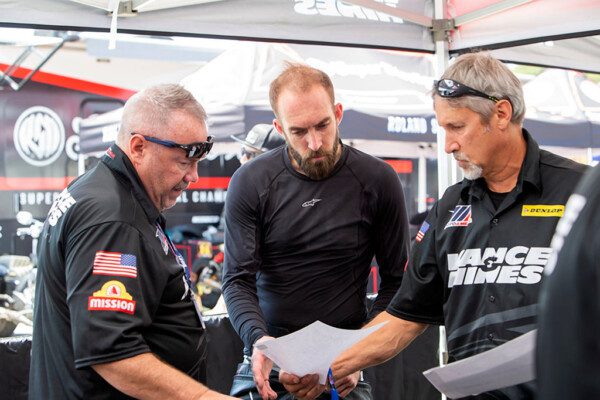 Burcham is a long-time racer who started in motocross and moved to road racing on a variety of motorcycles, including competing in the AMA Pro Vance & Hines Harley-Davidson XR1200 Series. He’s a noted tuner and also served as team manager for the Vance & Hines Harley-Davidson factory flat track team in AFT. Burcham recently turned his attention back to MotoAmerica road racing enabling young rider Hayden Schultz to earn a runner-up finish last season in the Twins Cup championship on a Vance & Hines built Yamaha YZF-R7.

The King of the Bagger series is a racing class showcasing touring-style motorcycles with fairings and saddlebags offered by MotoAmerica, the premier road racing sanctioning body in the United States. KOTB races take place at six of the eleven events offered by MotoAmerica, with the first of the bagger races slated for March 11 at the Daytona International Speedway.