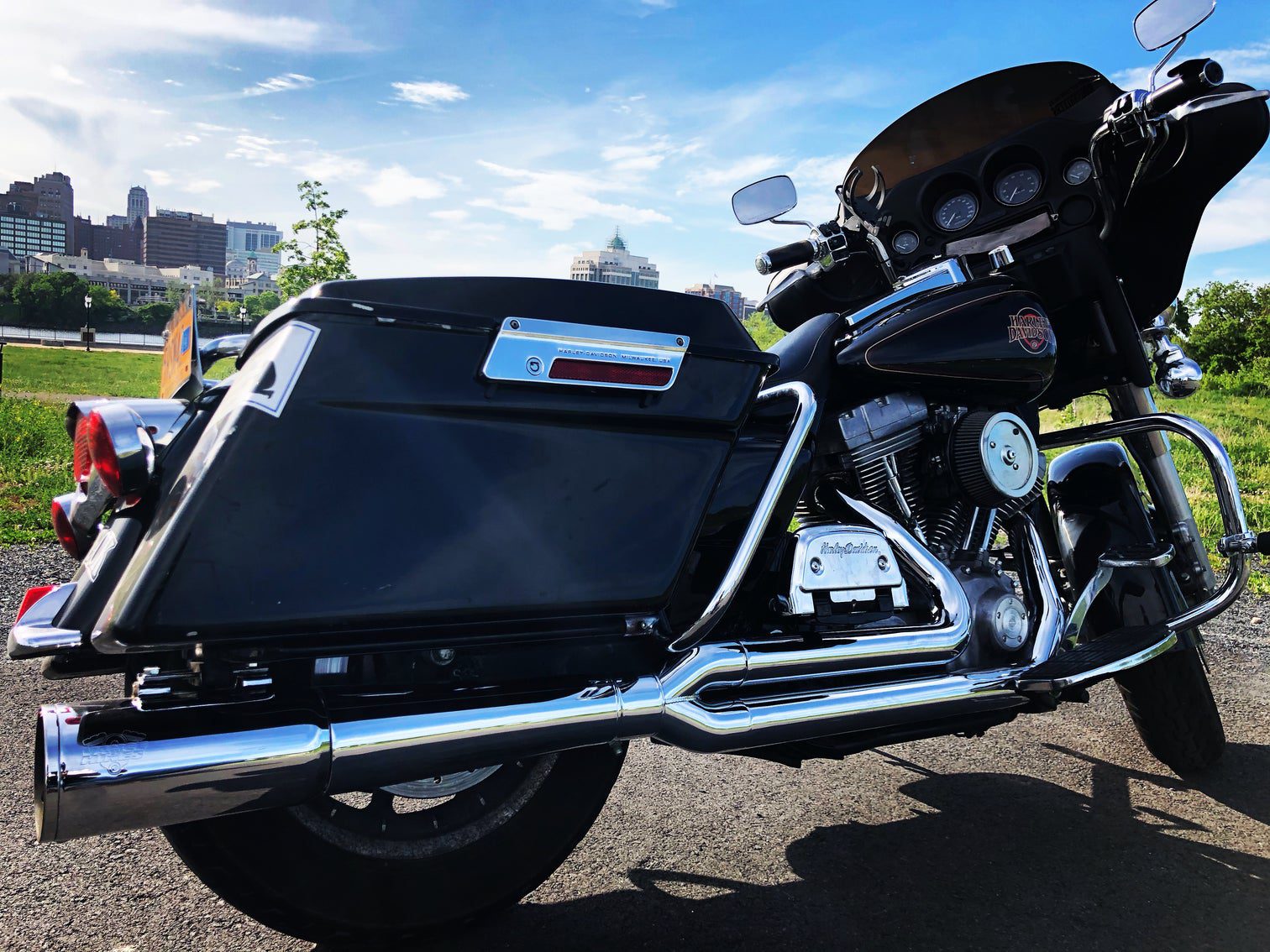 Written by Jeff Nelson
My bike actually has an interesting story. It’s a 2012 CVO Ultra Classic Electra Glide with low miles (around 24,000 km’s when I picked it up last fall). The bike had been sitting at the dealership for three years after they took it in on a trade. The Harley dealership was moving to a better locating and the sales manager didn’t want to move with this bike so he dropped the price significantly and it was just too good of a deal for me to walk away from.

My previous bike was a 2001 Heritage with a carbed 88ci motor. I had a set of V&H’s Big Shots Staggered on that bike and it sounded amazing so I knew I was going to put a set of V&H on the CVO. The CVO was all stock. The 110 motor ran great but I could just feel there was a lot more potential in that motor. So over the winter I went to work making the bike more my own. I installed the Power Duals head pipe and Oversized 450 mufflers, along with an FP3 tuner. That really woke the bike up. It just breathes better and is so much more responsive, not to mention how awesome it sounds! I have gotten a lot of compliments on the bike, and especially how good it sounds. The Power Duals with the Oversized 450’s give the bike this nice deep toned rumble. And when you get on the throttle, heads start turning.

My neighbor came over the other day to tell me how jealous he is of how my bike sounds. He is riding a new Indian, which is a beautiful bike, but it just doesn’t have the sound of my bike.

Anytime I stop by the local Harley dealership, people come out to check out the bike. The CVO has a paint job that is unique around here and there isn’t another bike like it anywhere close by. I should mention that over the winter I also installed new bars with cables, grips and mirrors, new windshield, new spark plugs and O2 sensors, and fluid change and the bike is running like a brand new bike.

Overall I couldn’t be happier with the way my bike looks, sounds, and runs, and Vance & Hines is a big part of that. Thanks to you guys for making awesome products!