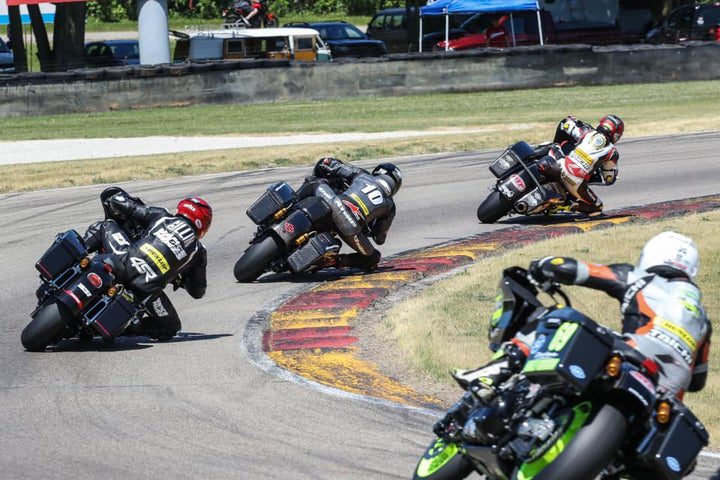 With the win, Kyle Wyman also takes a commanding 16-point lead over Gillim in the MotoAmerica King of the Baggers series heading into the final round at Laguna Seca. Indian motorcycle racers Frankie Garcia and Tyler O’Hara sit in third and fourth, while Travis Wyman is fifth in points

ABOUT KING OF THE BAGGERS

The MotoAmerica King of the Baggers series is for race-prepared, American V-Twin touring motorcycles equipped with a fairing and saddlebags. Harley-Davidson is also offering a nearly $30,000 cash contingency program for qualified Harley-Davidson competing racers. The final round of the King of the Baggers series is July 9-11 at WeatherTech Raceway Laguna Seca, Calif.