KRAWIEC AND HARLEY V-ROD RACE TO 2ND ROUND AT ST. LOUIS 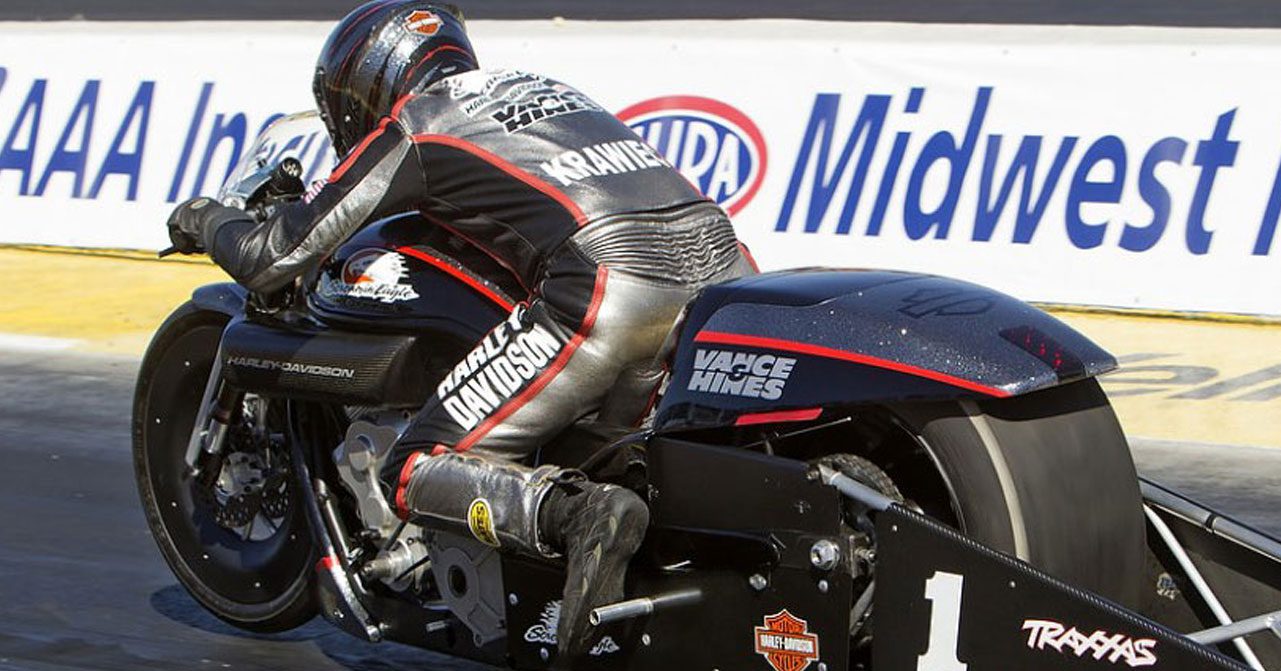 “I had a good run in the first round, with a great 60-foot time, but I knew Smith had a fast motorcycle today and I’d need to beat him at the line,” said Krawiec. “I had some good lights in qualifying, so we set the bike up for a 0.015, but just missed. I guess you live by the tree and die by it, too.”

“We are getting closer with my bike, but it didn’t do well at 60 feet, plus I think we missed the tuneup a bit when the weather changed overnight,” said Hines. “We’ll put on a new rear tire try to improve the starts next week at Reading.”

After three of six events in the NHRA Countdown to the Championship playoffs, Smith leads the class with 2,369 points. Lucas Oil Buell rider Hector Arana Jr. drops back to a tie for second place with Arana Sr. at 2,294 points. Sovereign-Star Racing Buell rider Michael Ray is fourth with 2,277 points, followed by Krawiec with 2,253 points. Hines did not qualify for the Countdown.