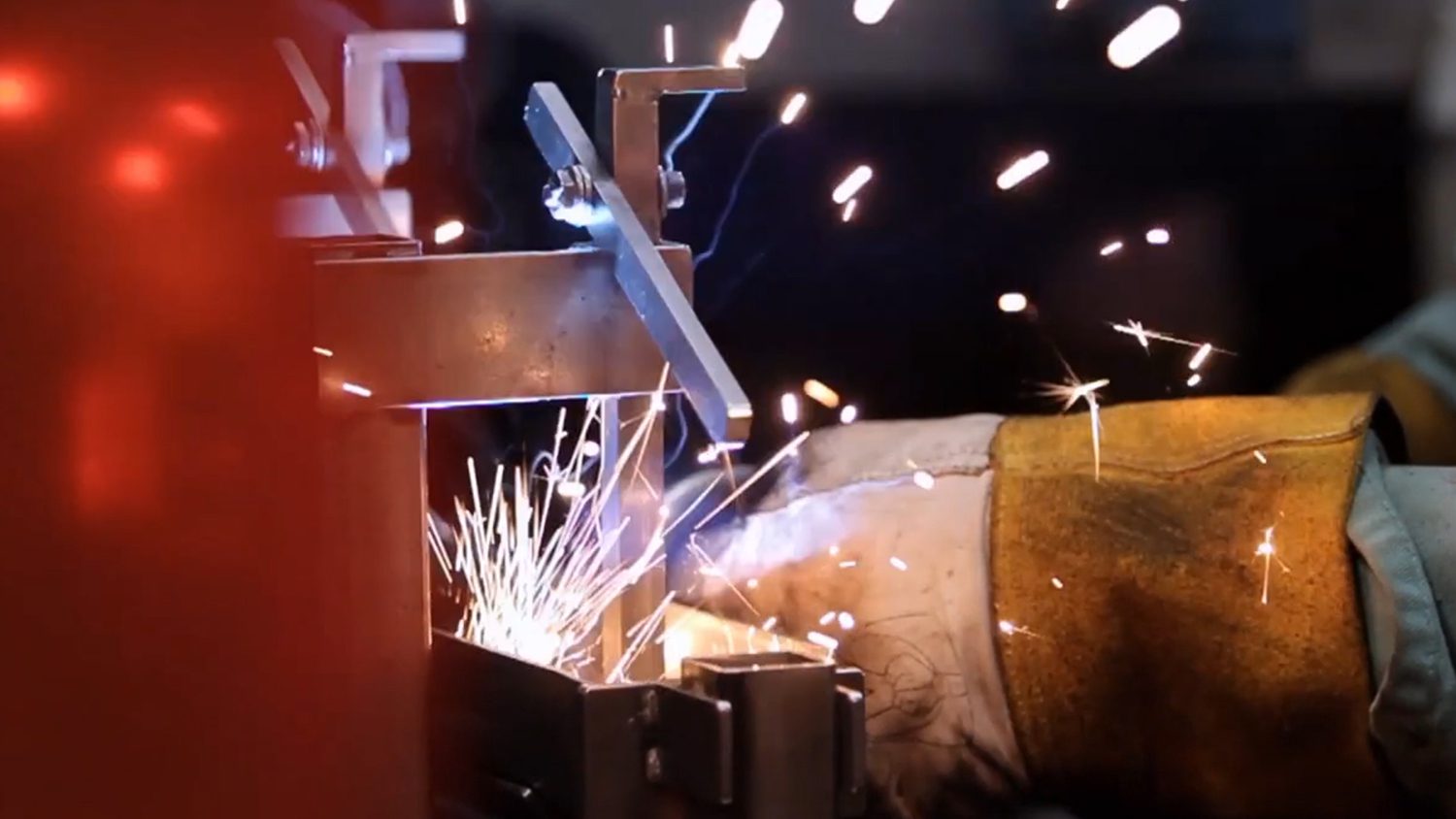 Courtesy of Iron Trader News
The name Vance & Hines has become synonymous with high-performance exhaust systems among V-Twin riders worldwide, most especially in racing circles. And there are good reasons for this.

See, the friendship between the company’s founders, Terry Vance and Byron Hines, began when they met at a racetrack in 1972. When it became clear that Byron was the better tech and Terry was the better rider, they divided duties and quickly conquered records. In the process they developed race components for their own efforts that garnered a following among other racers – and in 1979 a business was born.

Since then V&H has grown into one of the largest V-Twin aftermarket companies in the United States, going way beyond race-only components to exhaust systems for street riders of a dozen different makes and the V&H FuelPak fuel management system. And it won’t surprise you to learn that Vance & Hines has continued to support racing efforts both large and small with unflagging enthusiasm since the company’s inception.

The Vance & Hines manufacturing facility in Santa Fe Springs, California is a vibrant, bustling production factory that makes about 800 sets of exhaust pipes in a day. It’s more than a factory; you might call it a campus because as the company grew it absorbed buildings adjacent to the original one where Terry and Byron first started out.

The manufacturing process begins with raw steel stock that is cut and bent to specification as required. More automation is soon to be implemented in this department to increase productivity. Lines of CNC machines pound out components as carts are filled with the various parts that make up an exhaust system; up to 100 pieces per set, including hardware.

The welding department is huge and impressive. Traditional welding booths surround a central area, supplemented by several state-of-the-art robotic welders, which are mesmerizing to watch in operation. More equipment of this type is being brought online to continue increasing not only production but efficiency and quality, too.

Just as impressive is the expansive polishing department; all polishing is done in house and that’s saying something considering that 3300 to 3500 parts per day come through this area. Then every item is inspected, cleaned, and wrapped. Components being plated or black ceramic coated are sent out, the only processes not handled on site but done nearby. They come back to V&H for final inspection, packing and shipping.

Since this is the company’s home, administrative offices are here, too, encompassing engineering, marketing and a high-tech testing and R&D department, as well. As you might expect, it takes plenty of people to keep an operation of this size churning; they employ about 450 people at this location. Another smaller facility in Brownsburg, Indiana just outside Indianapolis, opened in 2004, to house the Vance & Hines race team.

In addition to introducing new exhaust systems to meet changing tastes and model requirements, Vance & Hines’ range of products is constantly being improved upon and upgraded.

A couple of young drag racers likely had no idea what would result when they decided to join forces back in 1972. Their desire to go faster combined with their ability to make it happen resonated with riders on the strip and street whose goals were the same. And that’s been good not only for American riders but American workers, too. 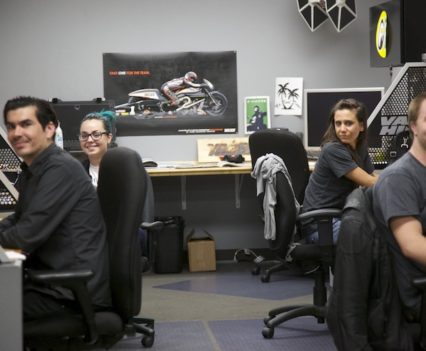 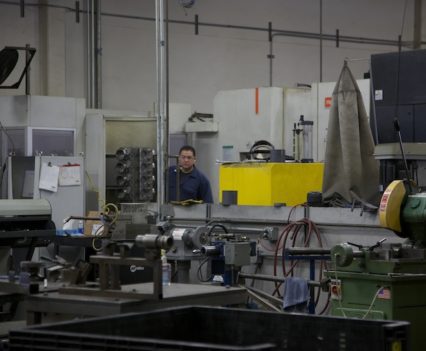 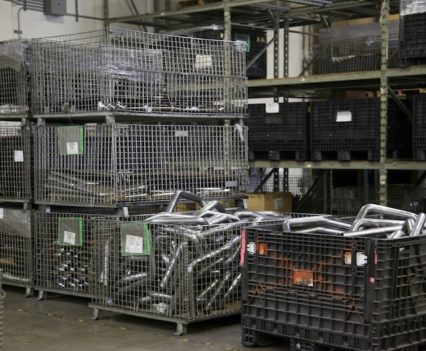 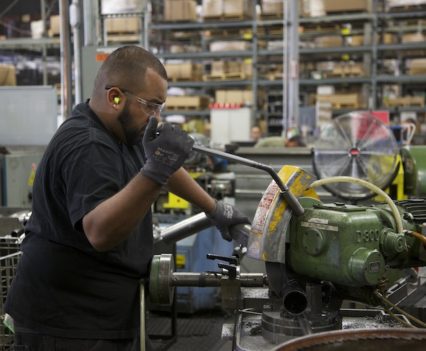 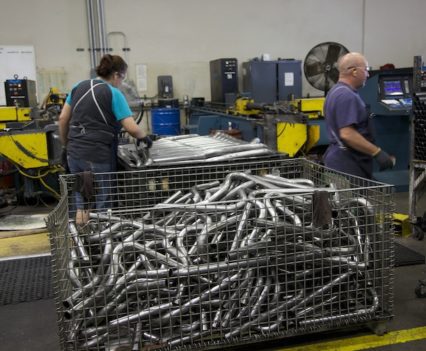 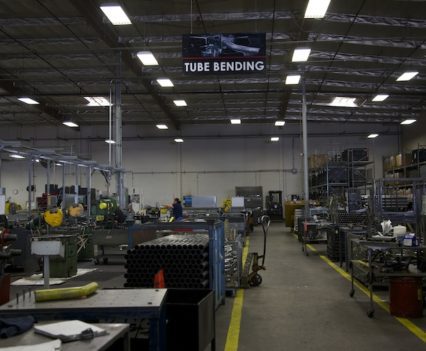 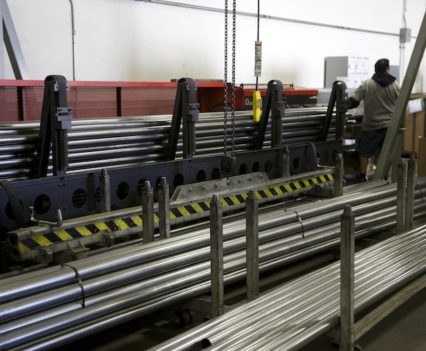 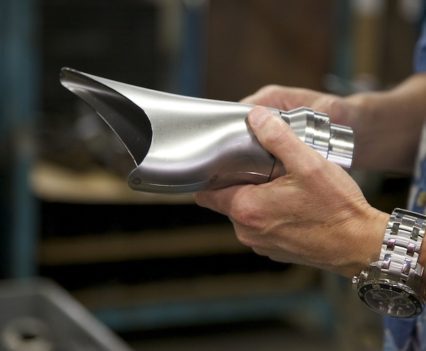 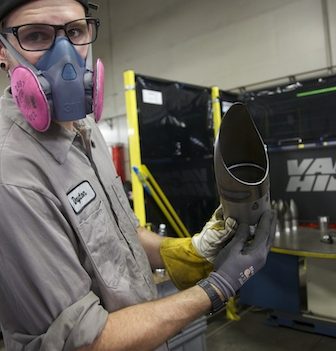 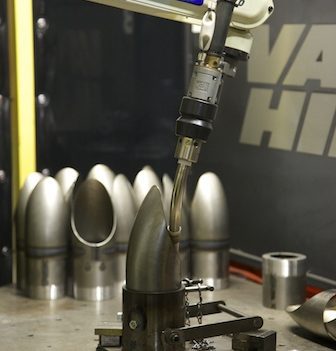 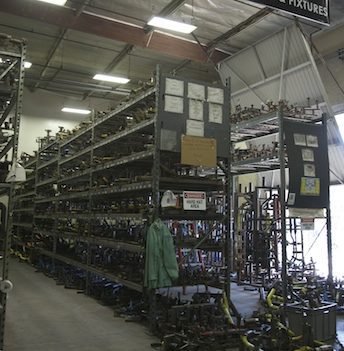 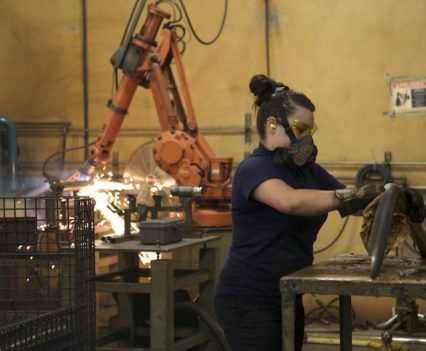 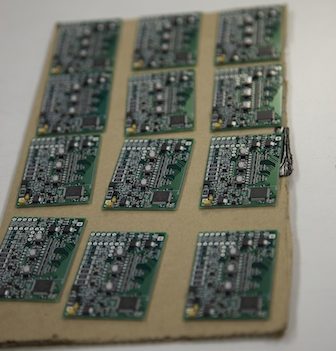 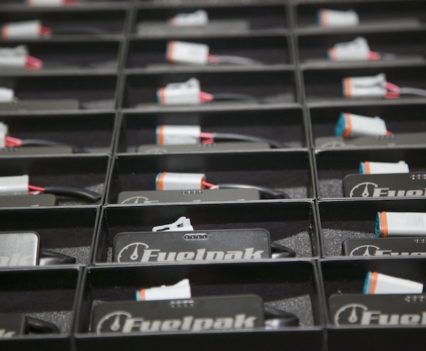 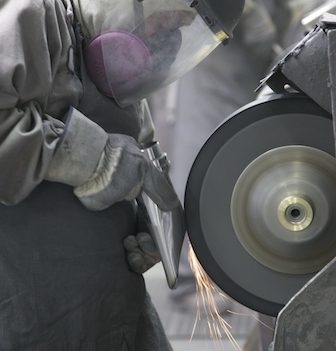 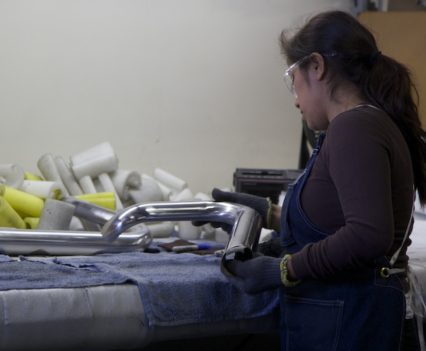 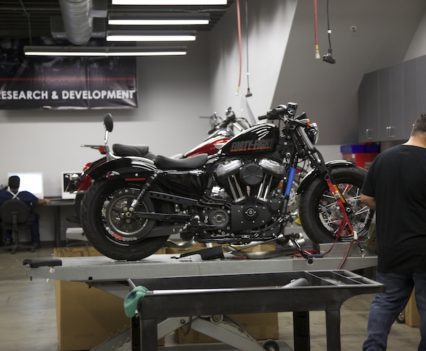 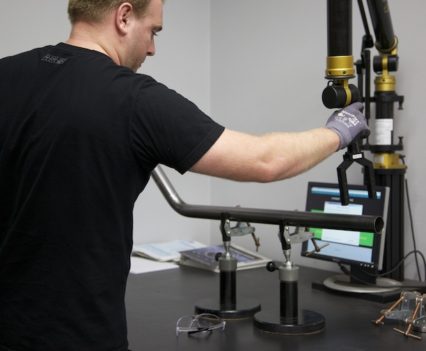 Learn more MADE IN THE U.S.A. on VANCE & HINES NEWS