The field is set for the annual Mickey Thompson Tires Pro Bike Battle featuring the very best in the Pro Stock Motorcycle category. This race-within-a-race pits the top eight riders in the class against each other as they compete for a $25,000 prize on July 27 during the 32nd annual NHRA Sonoma Nationals.

Unlike previous years, the final standings (led by Krawiec) were not determined by first-round matchups in this exciting battle. First-round pairings were decided on stage during a pre-race ceremony only moments before competition begins. The riders selected a special Mickey Thompson tire. The inside of each tire was numbered one through four. The riders selected tires with the same numbers inside and were paired up against each other for the opening round.

A pair of female racers will face off in the first round as Angie Smith, part of the Matt Smith Racing team, takes on former world champion Angelle Sampey, a Vance & Hines Harley-Davidson competitor.

Andrew Hines is the most dominant rider and most recent winner on tour and he will take on another 2019 winner, Hector Arana Jr. 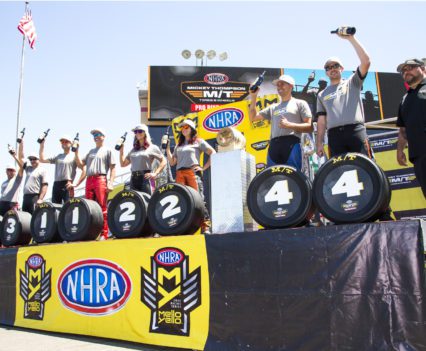 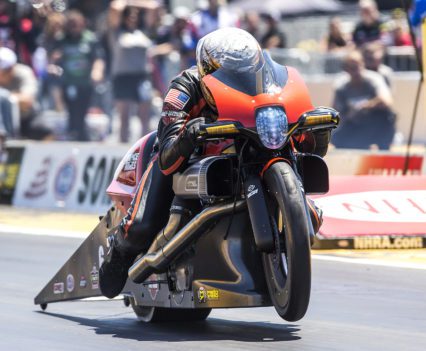 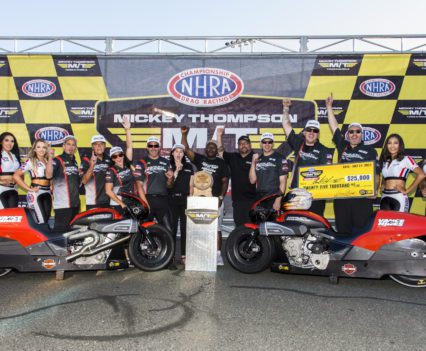 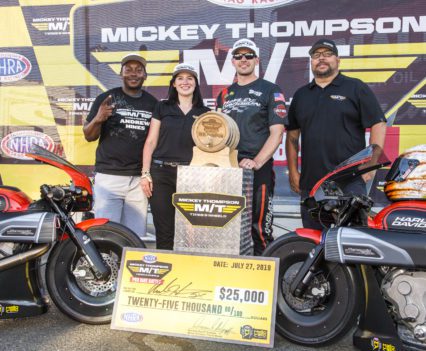 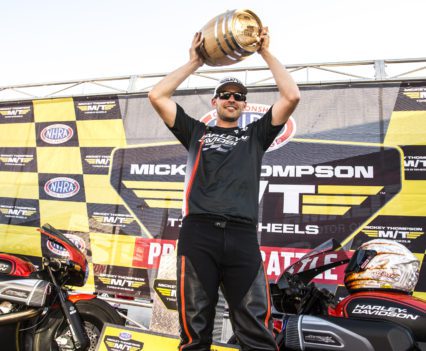