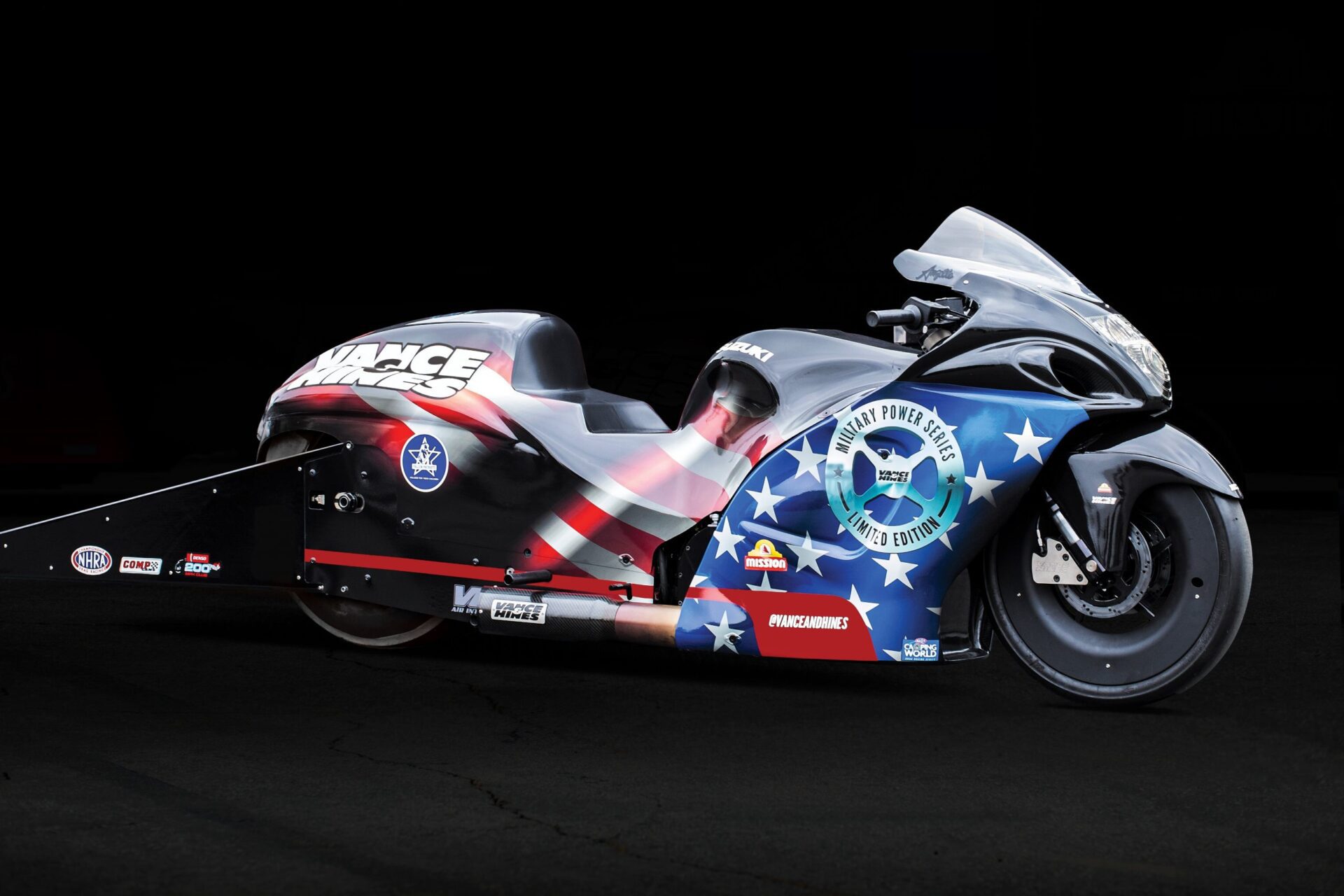 The VO2 Military Power Series is a line of air intake products recognizing five branches of the US Military and supporting the Children of Fallen Patriots, an organization that provides educational resources to military children who have lost a parent in the line of duty. The logos of the military branches are “officially licensed” to Vance & Hines for use in this program.

Today, in the first round of qualifying at the NHRA Auto Club Nationals in Pomona, California, Vance & Hines riders Angelle Sampey, Andrew Hines and Eddie Kraweic rolled out a new paint scheme honoring veterans and those serving in the US Military. The design features a dramatic take on the stars and stripes of the American flag along with the logos of the US Army, Navy, Air Force, Marines and Coast Guard.

The Auto Club Nationals are the finale of the NHRA drag racing season. The results will determine the championship in the Pro Stock Motorcycle class for 2021. 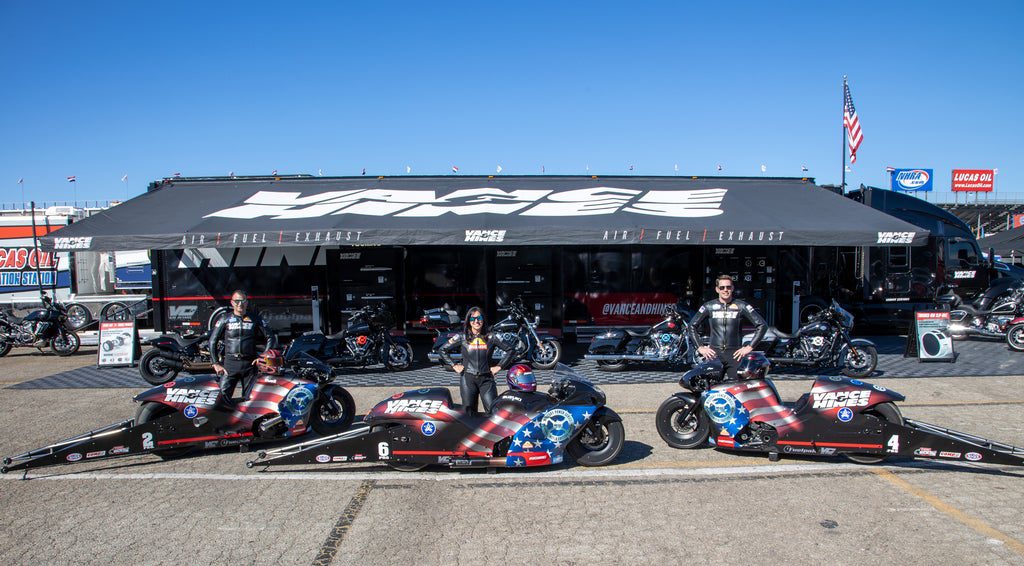