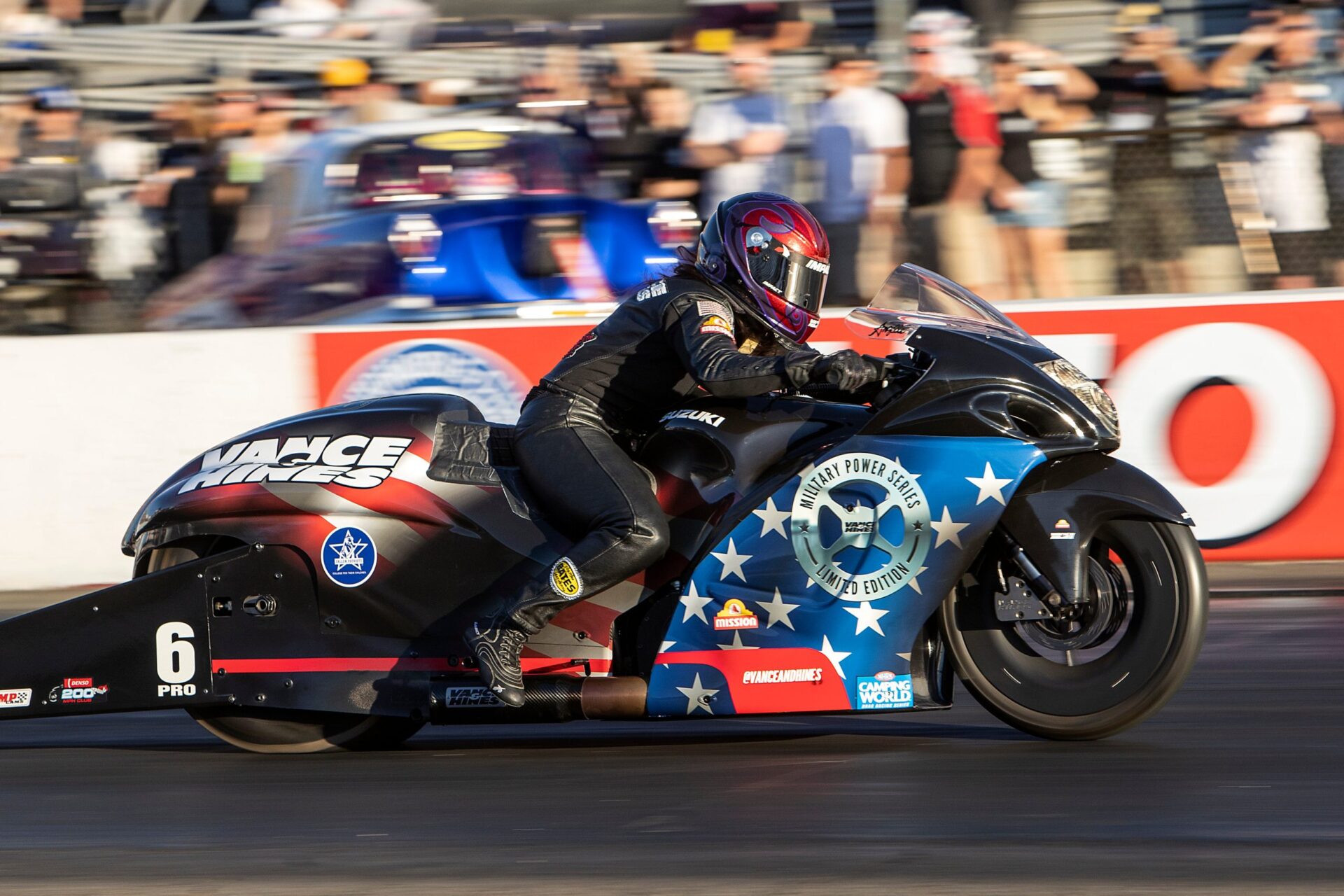 It has been an exciting season for the Vance & Hines Pro Stock Motorcycle Race Team. The season kicked off with Angelle Sampey debuting the Vance & Hines VHIL18504V Suzuki 4 Valve Race Engine. Throughout the season, Sampey brought two wins home. She began the year at the GatorNationals, entering the Denso 200 MPH club. Two races into the season, six-time NHRA Pro Stock Motorcycle (PSM) drag racing champion Andrew Hines and four-time champion Eddie Krawiec joined in on the race action after they announced the VH160VT engine. Hines and Krawiec also made it to the Denso 200 MPH club. At the Zmax Dragway, Krawiec blew us away with his record-breaking speeds, and he also took home the BIG GO win at the team’s home track, Indy.

The NHRA Drag Racing season ended with excitement on Veterans Day weekend when we introduced our Vance & Hines VO2 Military Power Series products. In honor of the product launch, each of the three Vance & Hines Pro Stock Motorcycles were unveiled with a bold stars and stripes themed design honoring the five branches of the U.S. military. The team finished the season strong with Angelle in 2nd place, Eddie Krawiec in 4th and Andrew Hines 9th. Stay tuned for 2022! 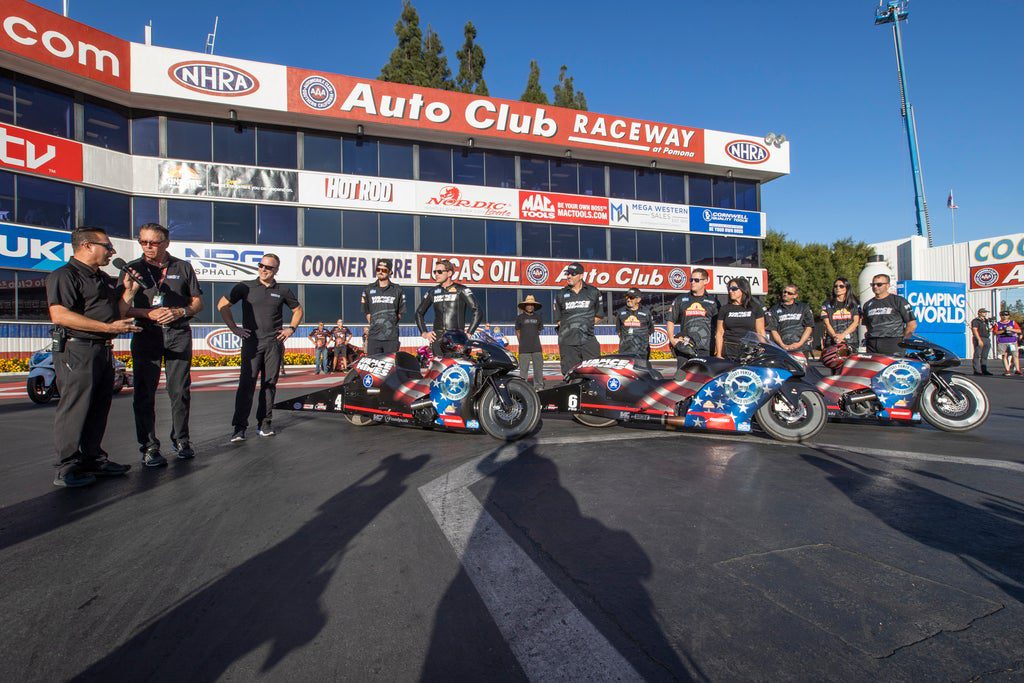