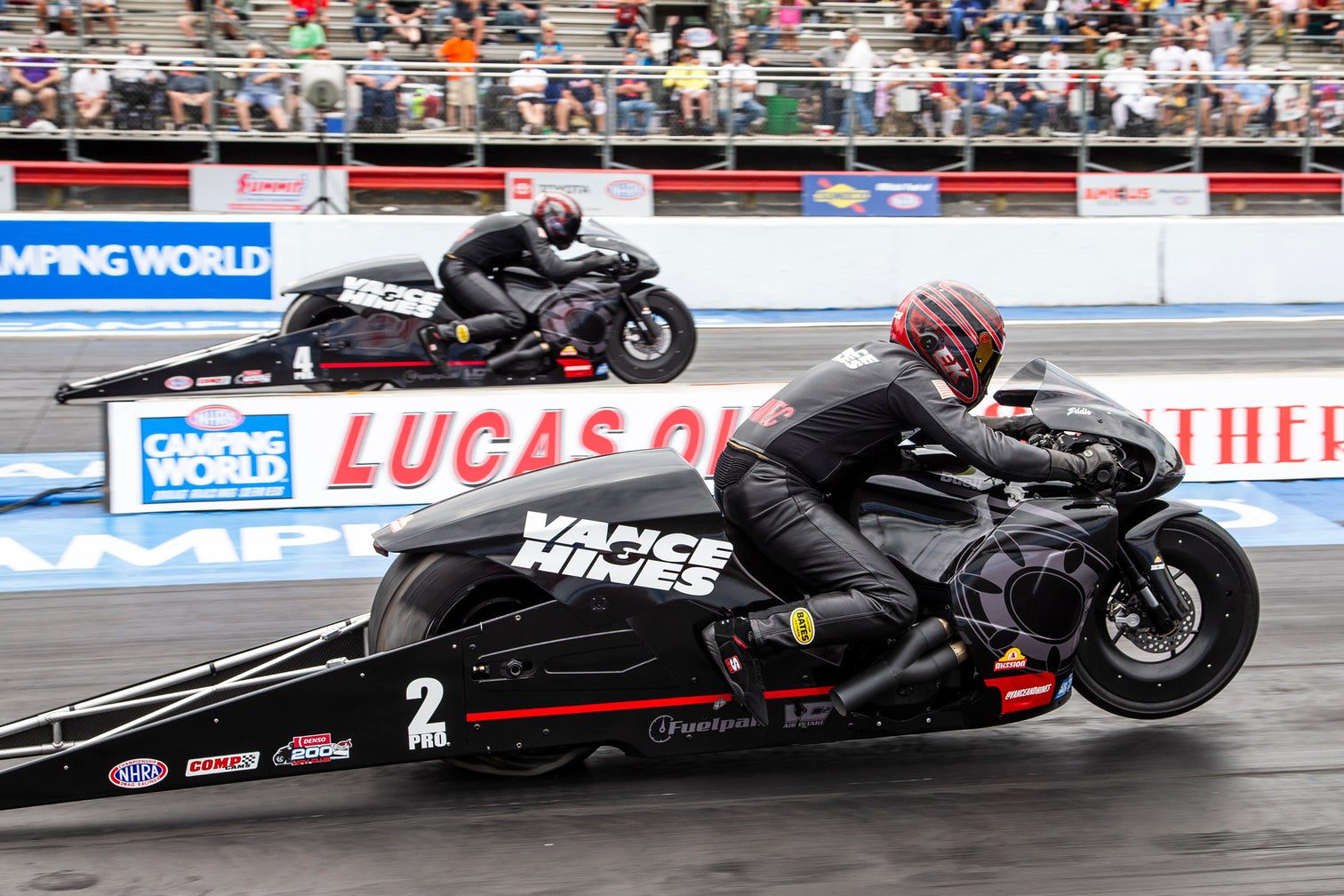 The Lucas Oil NHRA Southern Nationals, the final NHRA national event at Atlanta Dragway, provided some key clues about the season ahead.

The Vance & Hines Harleys were record-breaking machines and one had to wonder how the new bikes would fare. The team’s class-monopoly days seemed a bit behind them as between Andrew Hines, Eddie Krawiec, and Angelle Sampey, they had just two wins in 2020 (Krawiec in Houston that broke his two-year drought and Sampey at Indy) and Smith had won two of the last three championships.

The new Buells tested well, then quickly carried Hines to his first official 200-mph pass — something he perplexingly could never accomplish on the Harley — in Atlanta, then Krawiec made three of the seven fastest passes in class history, including Nos. 2 and 3, with a trio of 201-mph blasts. His best, a 201.70, was just six-hundredths of a mile per hour slower than the 201.76 best that Smith ran two years ago in Gainesville.

The Vance & Hines bikes didn’t win — it didn’t help that Hines and Krawiec had to run one another run round two — but there seems to be plenty of potential for them to regain the throne.