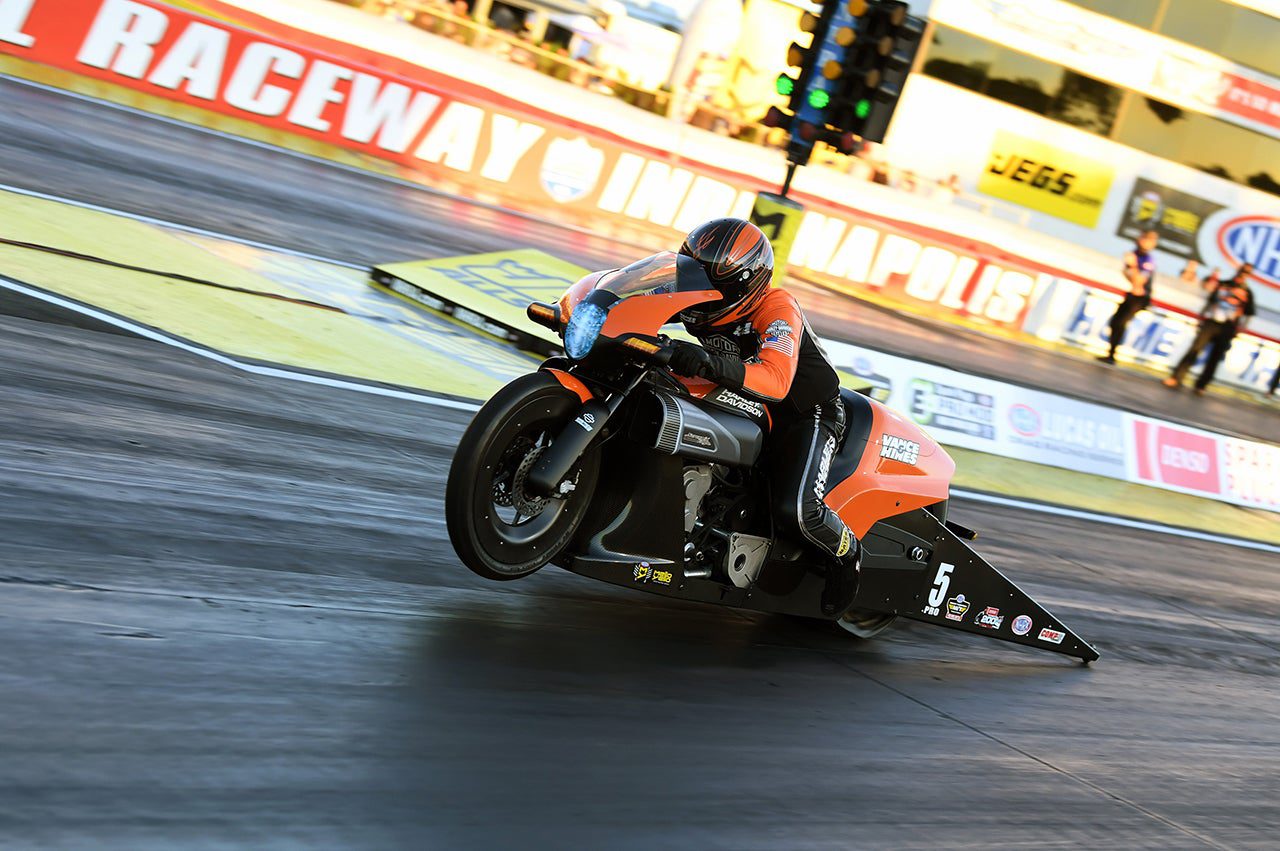 It took Scotty Pollacheck more than a decade and 132 races to finally get his first Pro Stock Motorcycle win, but the wait was well worth it after he earned the sport’s biggest prize at the Denso Spark Plugs NHRA U.S. Nationals. Winless in his first six finals, Pollacheck has often been described as “overdue” but that term no longer applies after he finally cashed in with a final-round win against reigning world champion Andrew Hines. Pollacheck rode his Matt Smith Racing-prepared Strutmasters.com EBR to a 6.790 in the final to easily cover Hines, who trailed with a 6.914. In a move akin to spiking the football after a touchdown, Pollacheck made a pair of 200-mph runs including a 200.53 blast in the final. On Saturday, he officially joined the Denso 200-mph Pro Stock Club.

“There’s so many people that put in so much work and effort to help get us here,” Pollacheck said. “My wife, Susan, has really pushed me, and Matt and Angie Smith have given me an amazing bike. Michael Ray, my crew guy, he’s the baddest man on the planet. This bike was just flawless all weekend. This is like the biggest thing ever. I can’t even believe it. It’s just awesome.”

Pollacheck’s bright purple EBR was very competitive at the first two events held at Lucas Oil Raceway Indianapolis this summer, but it took a third race for the pieces to finally fall into place for a victory. In qualifying, Pollacheck had the quickest bike in the field with a career-best 6.789, and he maintained that edge throughout Sunday’s final eliminations. Using consistent runs of 6.81, 6.82, 6.82, and a 6.79 in the final, Pollacheck rode past Michael Phillips, Indy III winner Angelle Sampey, and two-time Indy winner Steve Johnson, who suffered a heartbreaking loss when his Suzuki developed an oil leak on the starting line.

The only blemish in an otherwise perfect weekend for Pollacheck was his round loss in Saturday’s Mickey Thompson Tires Pro Bike Battle. Pollacheck reached the final round of the special event and suffered a gut-wrenching loss when he red-lighted by a thousandth of a second against teammate Matt Smith.

Hines, the most successful racer in the history of the Pro Stock Motorcycle class, missed out on a chance to earn his 57th national event win and third Indy title, but his weekend was far from disappointing. Hines, who previously won Indy in 2012 and 2016, struggled on the first two runs when his Harley-Davidson FXDR encountered a clutch problem. Hines emerged from the bottom side of the ladder, which was a murderer’s row of Pro Stock Motorcycle racers. Hines’ half of the qualifying sheet featured his Harley-Davidson teammate Eddie Krawiec, as well as three-time champion Matt Smith, and past Indy winners Hector Arana Jr. and John Hall. Hines needed wins against Hall, Smith, and Krawiec to reach his 97th career final round. In the semifinals, Hines won a memorable all-Harley battle when he left almost a tenth ahead of Krawiec and held on for a 6.84 to 6.82 holeshot win. 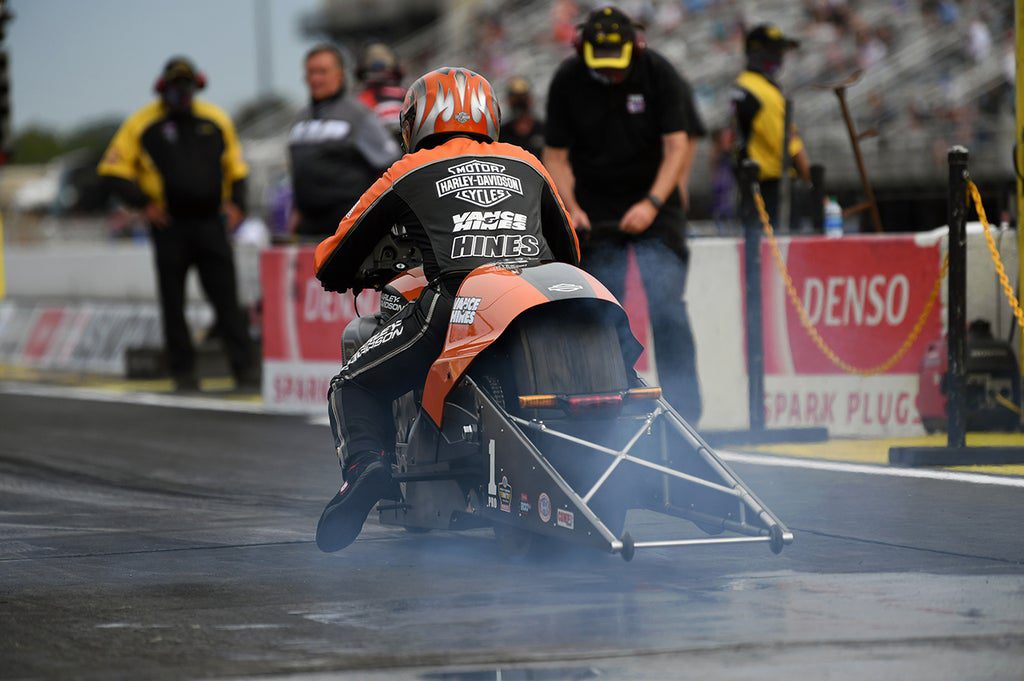