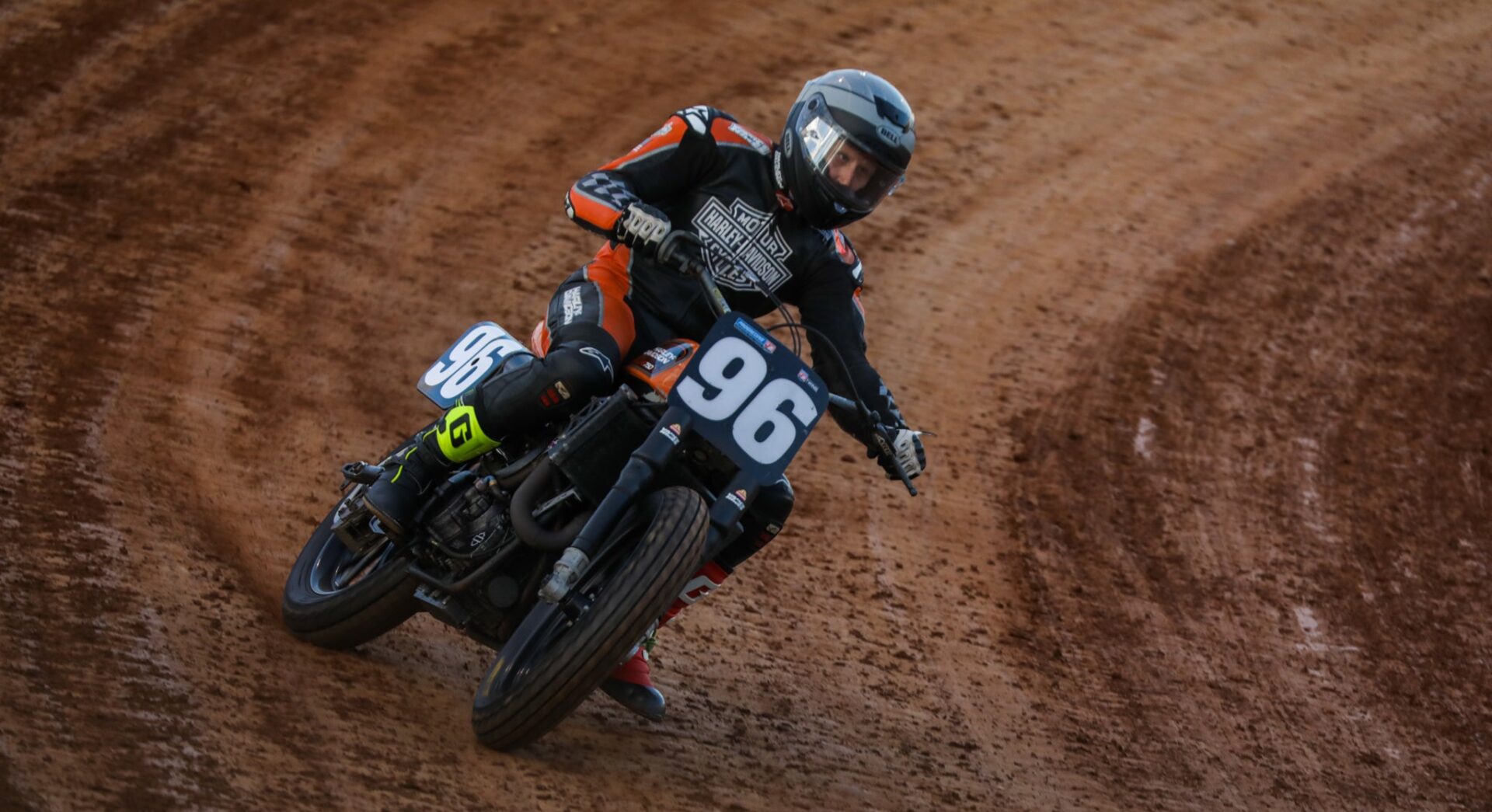 American Flat Track Production Twins season finale ended with Jesse Janisch (No. 96 Vance & Hines Harley-Davidson XG750R) on the top of the podium at the Charlotte Half-Mile.

Once regarded primarily as a 450cc TT ace, Janisch proved he more than belonged on a twin after being drafted to sub for the injured Dalton Gauthier (No. 79 D&D Cycles/Vance & Hines Harley-Davidson XG750R). With finishes of second, third, third, and fourth to his name in limited duty, Janisch put the cherry on top with a narrow victory in the finale over Ben Lowe (No. 25 Vance & Hines/Mission Roof Systems Harley-Davidson XG750R).

Janisch said, “It’s insane, right? I didn’t expect it. Honestly, I don’t think anyone really expected it. It’s such an honor to get a chance with such a prestigious team. Vance & Hines Harley-Davidson, they’ve got the XG750R working amazingly. Like I’ve said before, I think it’s the best bike in the class. And to just get the opportunity is unreal.”

Cose was the race’s early leader and Bromley joined Cose, Janisch, and Lowe in a mid-race tilt for first place. Cose ultimately faded to seventh while Bromley rounded out the podium, but the differential still wasn’t quite enough for Bromley to catch Cose for runner-up honors.