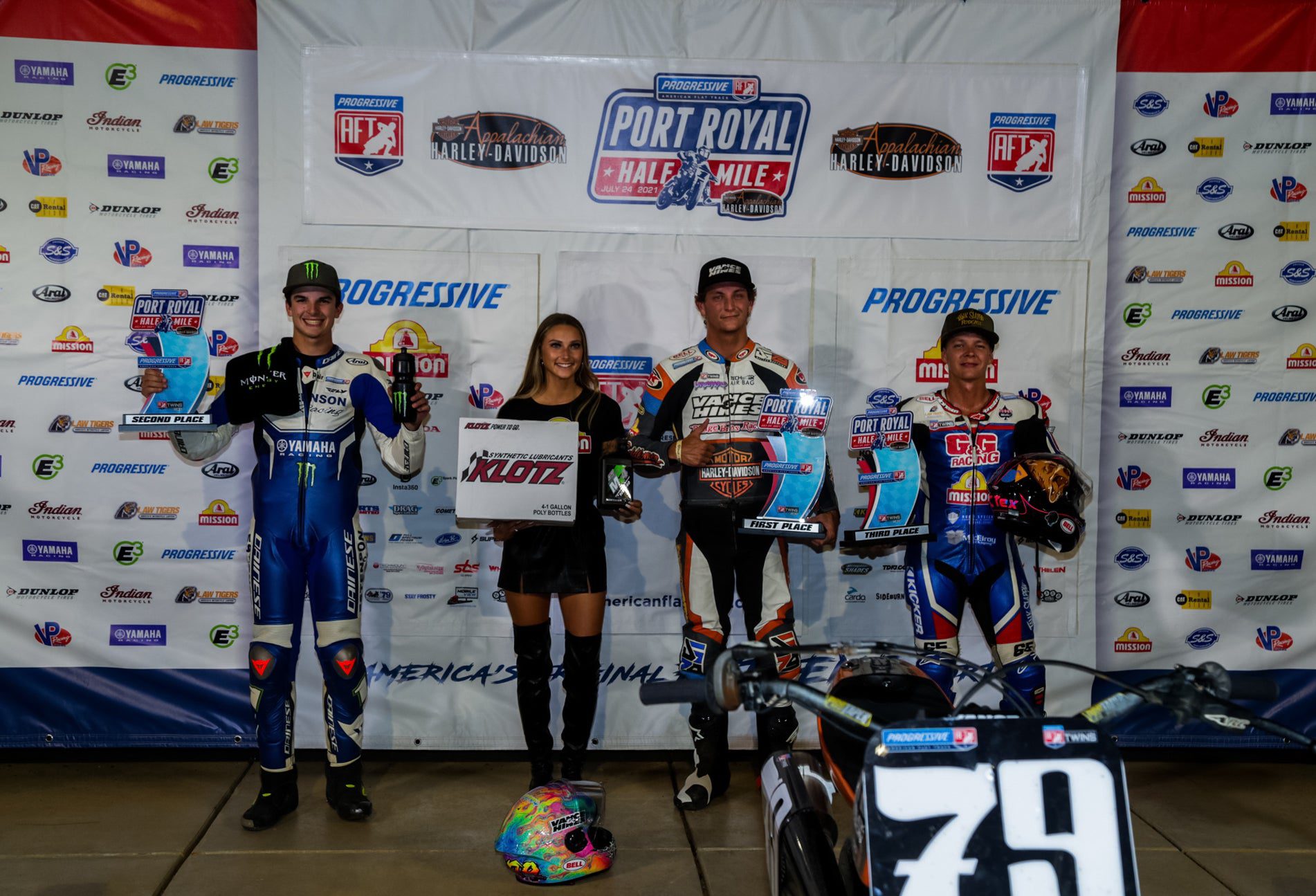 “It felt awesome winning in front of all the PA fans,” Gauthier said. “That was a fun racetrack, and I hope we come back next year. That helped my confidence so much. I’ve just been struggling so much this year. I’ve been trying my hardest, but I feel like I shouldn’t be trying so hard. Tonight, I just cruised out there. I can’t thank the Vance & Hines guys enough for giving me an awesome motorcycle.”

Title leader and holeshot expert Cory Texter (No. 65 G&G Racing/Yamaha Racing Yamaha MT-07) made Gauthier’s breakthrough a bit easier by stumbling off the start from pole. By the race’s midpoint, Texter clawed his way into a three-way battle with Bromley and 2020 AFT Singles champ Dallas Daniels (No. 32 Estenson Racing Yamaha MT-07).

Despite taking part in his first-ever oval race aboard a twin-cylinder (he earlier won his class debut at the Atlanta Super TT), Daniels overcame the twin challenge presented by Texter and Bromley to lock down a most impressive runner-up finish.

As for Texter, the fact that a seventh podium in eight races felt like a bit of a disappointment is a testament to the type of season he’s putting together. Despite Gauthier’s Saturday night triumph, Texter walked away with a still-imposing 31-point lead in his favor.

Johnny Lewis (No. 10 Moto Anatomy X Powered by Royal Enfield Twins FT) fought his way forward throughout the Main, ultimately putting the Royal Enfield ahead of Bromley’s Yamaha for fourth by 0.007 seconds.