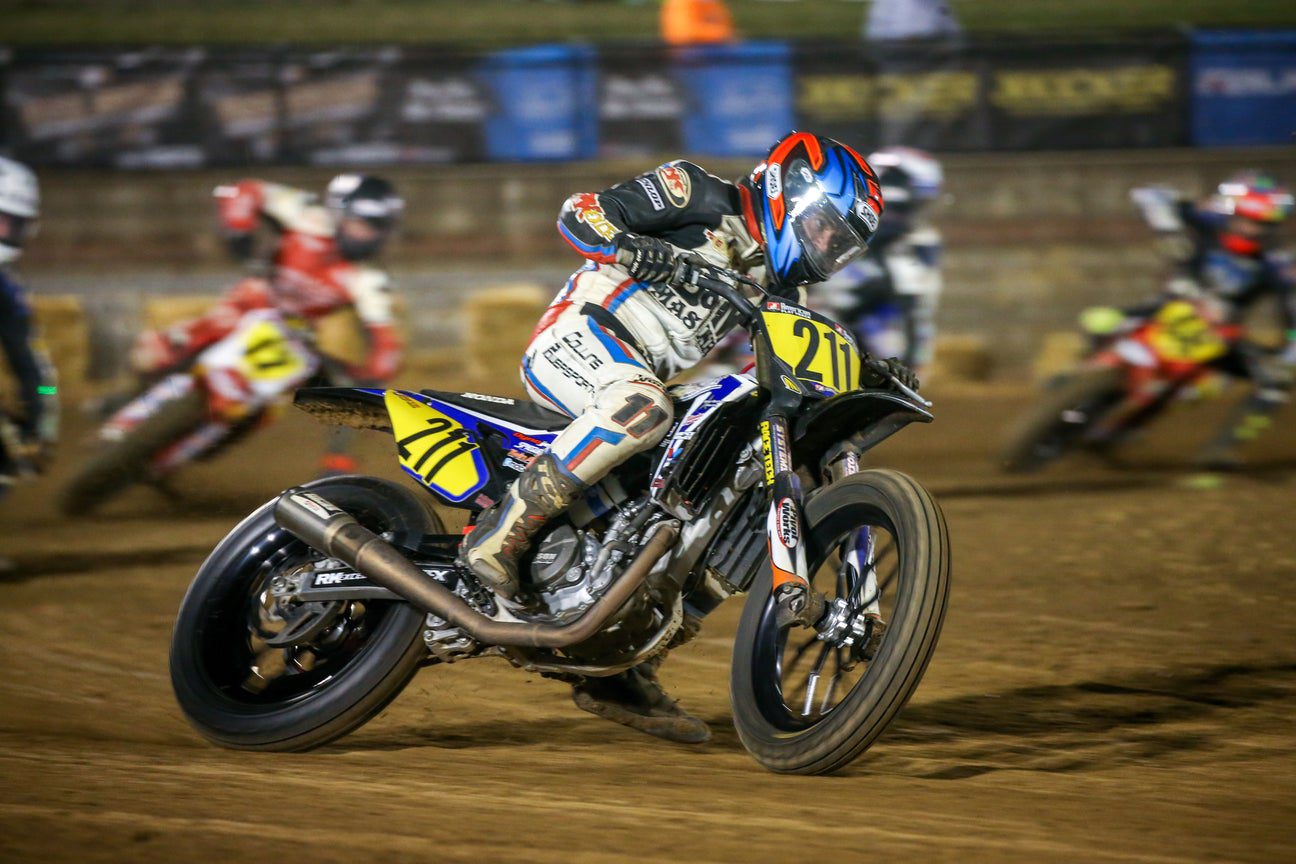 Perhaps the most anticipated showdown of the 2020 AFT Singles season in the pre-pandemic age was Henry Wiles (No. 17 RMR Honda/Honda Talon CRF450R) versus Daniels (No. 32 Estenson Racing Yamaha YZ450F) at the Peoria TT. Even though COVID-19 made that an impossibility this year, American Flat Track fans were provided a most worthy alternative as the two waged an epic battle just an hour down the road in Springfield.

However, for the bulk of the race, Mikey Rush (No. 15 Estenson Racing Yamaha YZ450F) seemed set to relegate their scrap to one for second place.

Expertly exploiting the ST skills that made him a winner in the discipline in both the premier class and at the AFT Singles level, Rush executed a couple quick moves to take control of the race in its opening stages. He then rode with teammate Daniels in formation behind him.

The two looked to power their way to an easy Estenson 1-2 before their getaway was cut short by a red flag with four minutes remaining on the clock. That development provided bonafide Short Track legend Wiles with another shot at the win. Wiles had raced forward all evening after starting his Semi from dead last, and the stoppage allowed him to reset from third, lining up just inches behind Rush and Daniels.

While Wiles took full advantage and pounced on Daniels immediately, Rush was simply too strong; the 2019 class runner-up more than had the measure of the field in terms of raw speed. He blasted off and ripped open a multi-second gap… at least until he lost that imposing advantage with just over one minute remaining on the clock.

Wiles inherited the lead following Rush’s mishap in Turn 2 and was well positioned to translate it into victory until Daniels pulled out a late strike. The second-year ace reeled in the veteran superstar and slid underneath him with just 12 seconds (+ two short laps) remaining to decide the race.

Once through, Daniels instantly opened up some breathing space and secured the checkered flag with 0.644 seconds to spare.

Afterward, Daniels said, “It was kind of a crazy race with the red flag while me and my teammate were running 1-2. It sucks that (Rush) went down. He was going away with it; honestly, I don’t think I could have caught him. I was running third and Henry was kind of going away, so I got into second as quick as I could. I settled in and saw I was kind of catching him, so I knew I had to go for it. I put my head down and caught him with about two laps to go. It feels good.

“Thanks to the whole Estenson Monster Energy Yamaha team. Those guys are busting their tails. We’ve kind of had a rough start to the year — I say that even though I’m the first double winner. But we’ll never give up, and we’ll just keep working.”

Rush remounted to finish in 13th.

All eyes were on polesitter Rush with the expectation that he might just take out his frustrations on the field in Main Event 2. However, any plans he held to make quick work of the competition were foiled when he was beaten off the line by heralded rookie Trevor Brunner (No. 211 Demske Racing/KMA Racing Honda CRF450R).

Rush hounded Brunner for the opening handful of laps, but then the race took an unexpected shape. Once he’d settled in, Brunner slowly started edging away from Rush at the front.

From that point forward, the 2019 Nicky Hayden AMA Flat Track Horizon Award winner performed like a battle-hardened ten-year pro. Despite a tricky racetrack and an increasingly opaque visor, Brunner cleared off to claim his maiden AFT Singles victory with 1.354 seconds in hand.

Brunner said, “Pretty much the whole right side and middle (of my visor) was all fogged up. I could kinda see out of the left corner, so we kept her pinned and hoped for the best. It was a long race for sure. It was a really tough track which tested your fitness to the max. It felt like forever, but we pulled it off and I’m so happy. I’m ecstatic for my whole team and everyone who helped me get to where I am.”

After the youngster had asserted himself at the front, things got a bit more interesting behind him. Race favorite Rush not only fell off the pace of the leader, he also fell into the clutches of Wiles and Whale.

Wiles slashed his way up from fifth early to ultimately finish in second and may have actually had the speed to challenge Brunner if he’d gotten away more cleanly. After losing out to Wiles with 30 seconds remaining on the clock, Rush was displaced off the podium altogether at the race’s end by Aussie Whale.

As a result of his double runner-up evening, Wiles now boasts a 20-point advantage in the title fight with 108 points to Daniels’ and Whale’s 88. 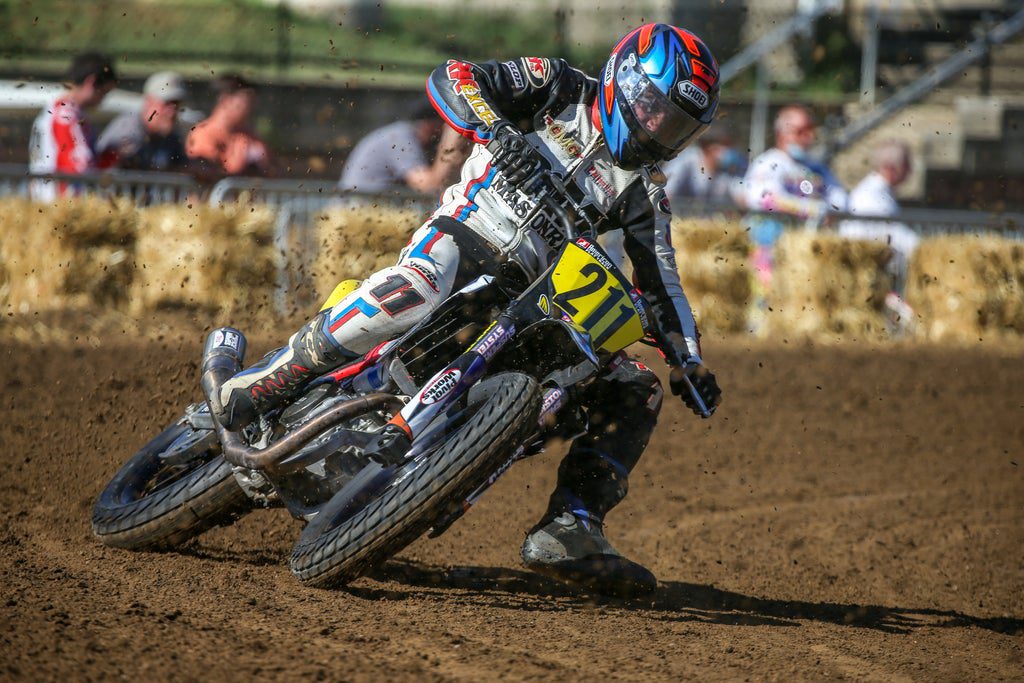 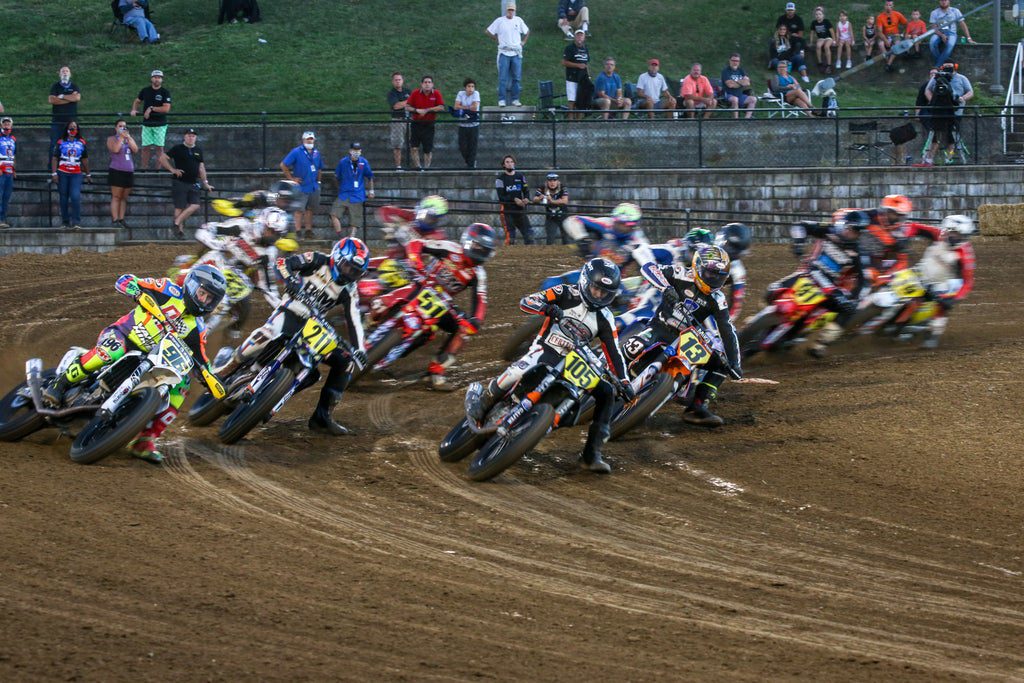