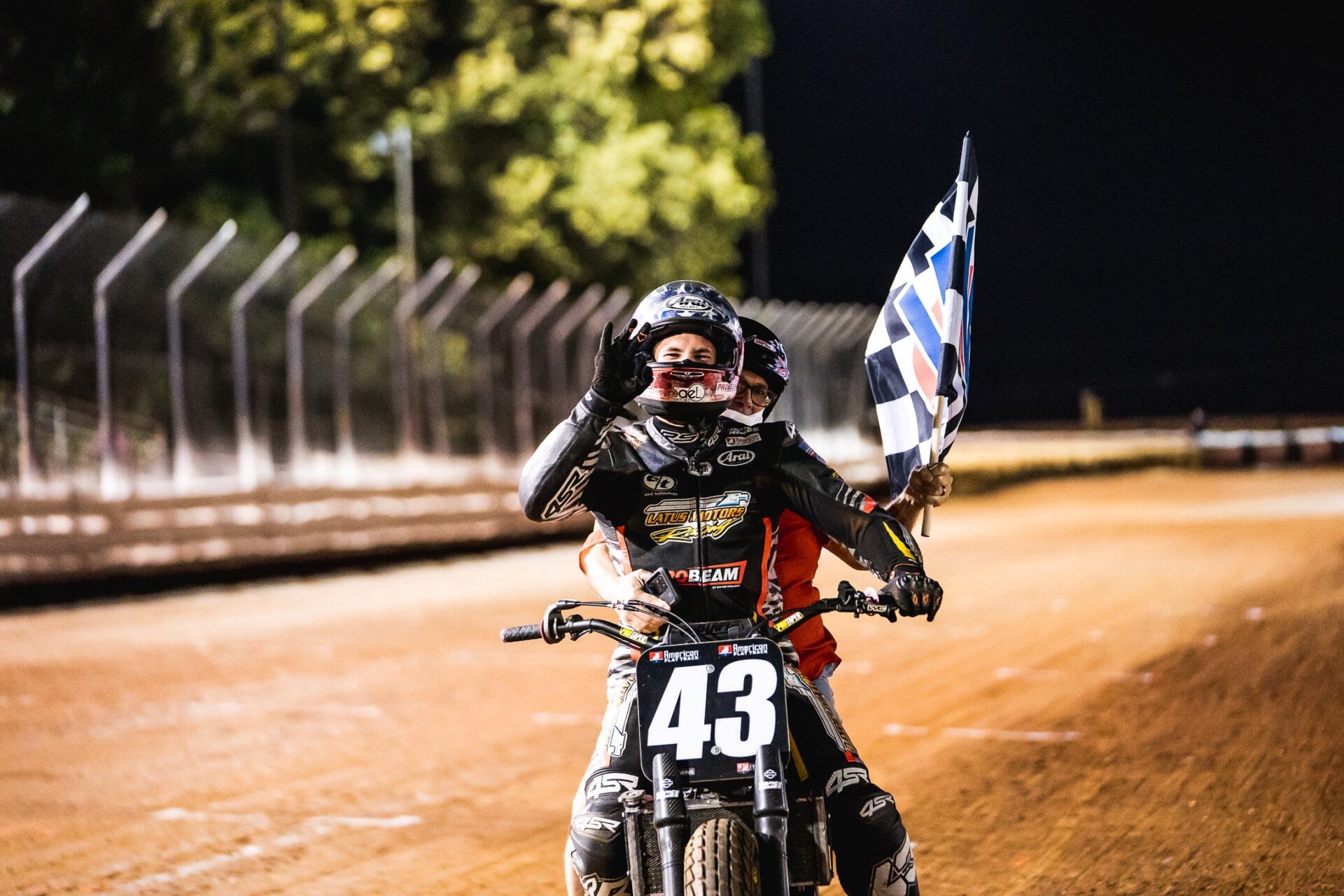 Rispoli and reigning AFT Production Twins champion Cory Texter (No. 1 G&G Racing/Roof Systems Yamaha MT-07) briefly reenacted last night’s high-line/low-line comparo, but within a matter of laps, “the Rocket” was working his way out of reach and to a lopsided victory.

Rispoli’s 2.642-second victory increases his championship lead to an imposing 30 points at the season’s halfway point. Afterward, he said, “This is something I never dreamed I could do at arguably our worst track. To pull off a double here? We’ve come a long way. Hats off to my whole team.”

Other than a mid-race pass for third by Ryan Varnes (No. 68 RVR/RoyBuilt Don’s Kawasaki Ninja 650) over Ben Lowe (No. 25 Roof Systems of Dallas/Bruce Lowe Excavating Yamaha MT-07), the race inside the top five was rather processional… until the very final two corners that is.

Varnes slowly closed down on Texter over the Main’s final three minutes and worked his way into position to dive underneath his potential prey just as the two entered Turn 3 for the last time. However, they arrived there alongside a pair of lappers who were embroiled in their battle for position, adding another layer of complexity to the attempted maneuver.

Texter got the better of the fray, reclaiming the position as they exited 4 and holding on to grab second in the sprint to the checkered flag by 0.058 seconds. Lowe cruised to fourth a couple seconds back.

Chad Cose (No. Wally Brown Racing Harley-Davidson XG750R) rode a lonely race in fifth for the bulk of the Main, only to get some unwelcome company late from Jeremiah Duffy (No. 42 Sammy O Racing/ERT Kawasaki Ninja 650). Duffy got the better of Cose in the end, stealing fifth position by 0.111 seconds.

The Williams Grove Half-Mile I & II will air back-to-back on NBCSN on Saturday, September 26, starting at 5:00 p.m. ET/2:00 p.m. PT. The broadcasts will include exclusive features, cutting-edge aerial drone and onboard footage, and the expert commentary of AFT legend Chris Carr.

The 2020 American Flat Track season will resume in two weeks as the series heads to Mesquite, Texas, for the Roof Systems Dallas Half-Mile I & II presented by Law Tigers at Devil’s Bowl Speedway on Friday, September 25, and Saturday, September 26. Live coverage of the entire weekend’s racing activities will be available on NBC Sports Gold TrackPass. 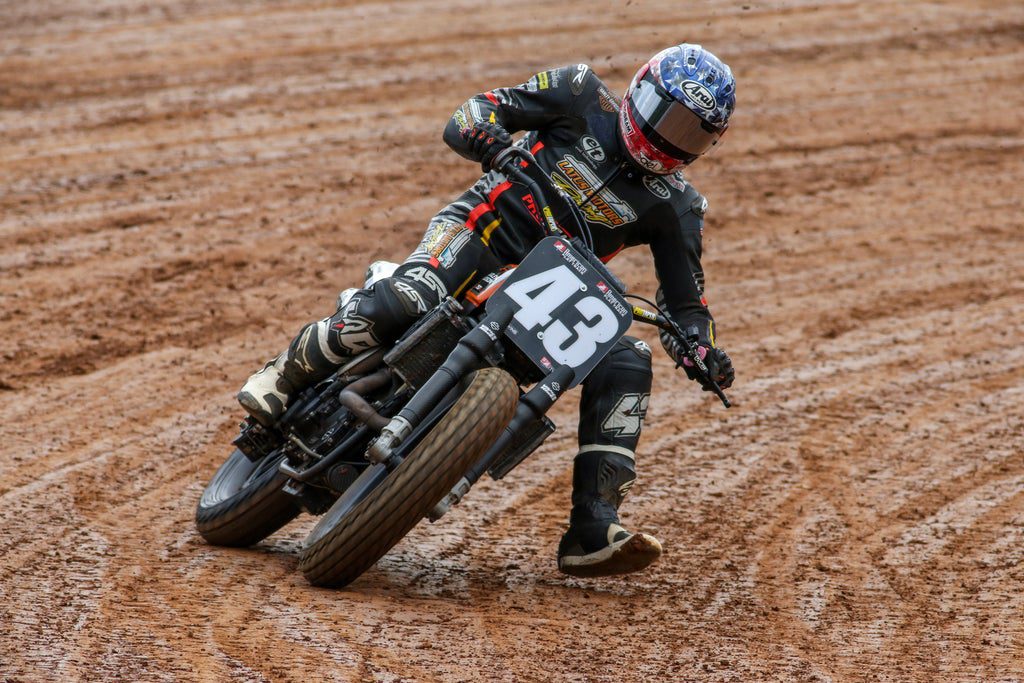 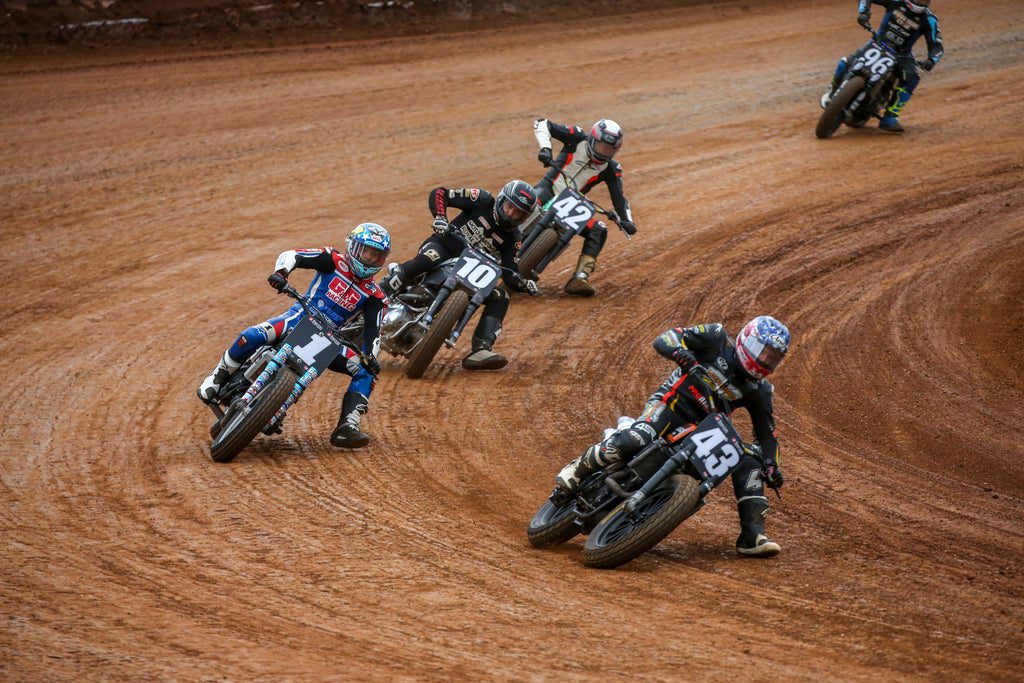 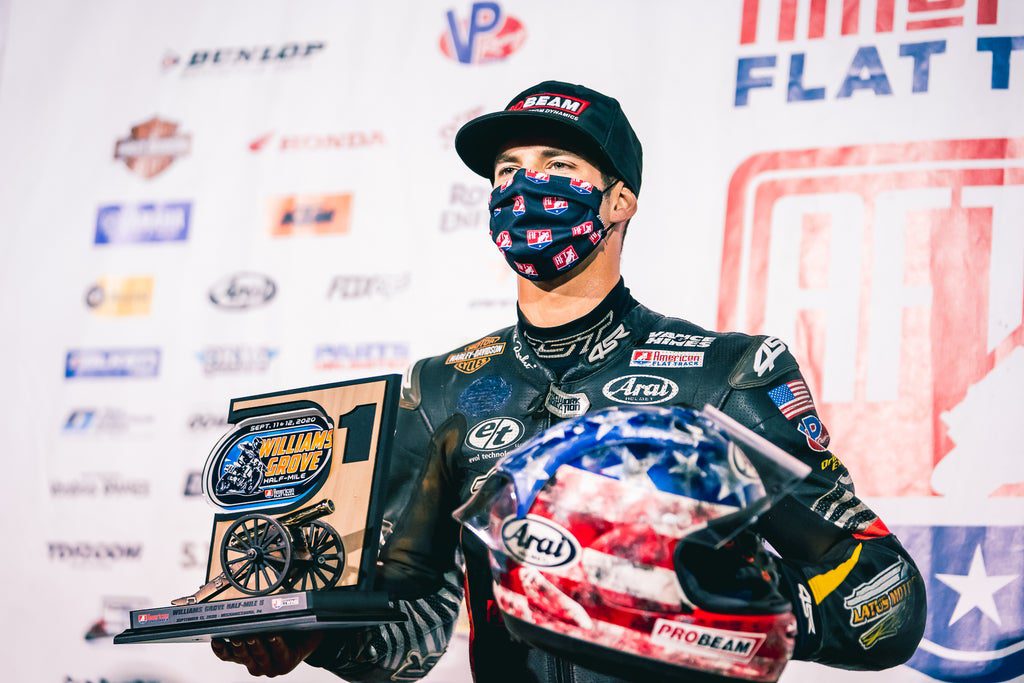