For Angelle Sampey, what started as a four-race showcase with the Vance & Hines Harley-Davidson 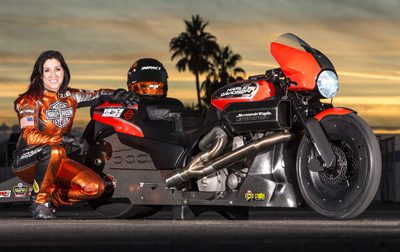 “In Gainesville we saw how well Angelle interacted with the fans and how well she fit in with her new team and this was an easy decision,” said team co-owner Terry Vance. “She is a champion and her performance on the track will come. I have no doubts about that. We just didn’t want her in a position where she felt a lot of extra pressure during the first four races, so we went ahead and extended the deal. It was a collective decision between Harley-Davidson and the Vance & Hines team and quite honestly, it was a very easy decision to make. We all wanted her to know she has a future here.”

Needless to say, Sampey was thrilled to get the news that she’ll be racing at every NHRA Mello Yello series Pro Stock Motorcycle race. She is looking to add to her impressive career totals which include 42 wins in 73 final rounds. She’s also been the low qualifier 49 times in 239 career races.

“I am so excited right now,” she said. “I think this was the second-best phone call I’ve gotten this year, right after the call in January where I was first hired. It just blew my mind that they made this decision after the first race. Terry Vance told me from the start that this was not as much my performance. He explained that it was part of a much bigger picture and they’ve proved that. I can’t thank Harley-Davidson and Vance & Hines enough for believing in me.”

In her Gainesville debut on the team’s Street Rod V-twin, Sampey qualified No. 6 in the quick field with a 6.81 elapsed time and even though she suffered a round one loss, the team saw enough potential to commit to a full season.

“To be honest, I am not happy about my performance in Gainesville,” Sampey said. “Qualifying was outstanding but race day was terrible. I’m really anxious to show them what I can do. The team said they didn’t want to put pressure on me, but I want to win so badly that I will always put pressure on myself. That’s a part of who I am. Getting this news has only helped to motivate me even more.”

“Honestly, I couldn’t be any prouder of the entire team,” Vance added. “Andrew did a fantastic job winning the race and setting the record and Eddie was just as solid getting to the final. Even with three bikes, the whole team functioned flawlessly, and I was also blown away by the reaction of the fans. The line for autographs wrapped around our trailer all weekend long.” 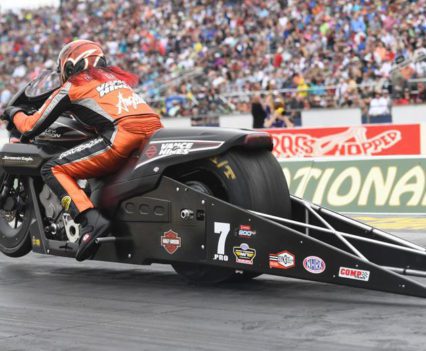 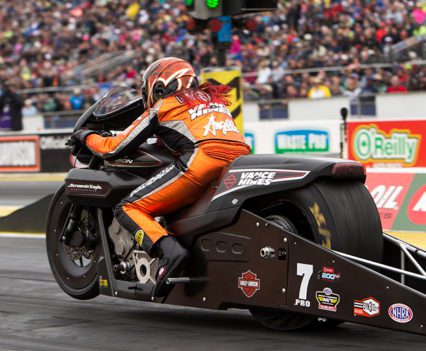 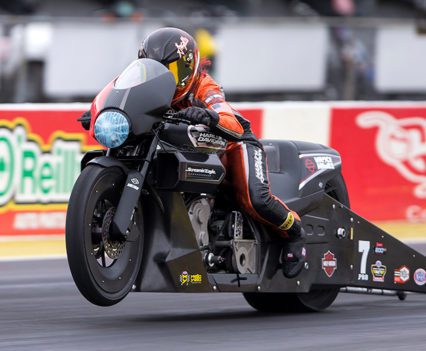 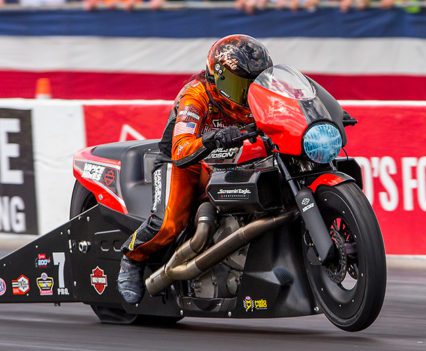