While Robinson took the checkered flag with nearly two seconds to spare and relatively little drama following the restart, prior to the red flag a titanic showdown was taking shape.

At the time of the stoppage, Robinson found himself relentlessly hounded by an inspired Sammy Halbert (No. 69 Harley-Davidson Factory Flat Track Team XG750R Rev X), who teased the potential to overtake Robinson on either the inside or the outside. But a potentially historic victory (the factory Harley squad is looking for its first win since 2016 and the first ever for the XG750R) would have to wait at least another week, as the fallout of the red flag foiled Halbert’s hopes.

After a Henry Wiles (No. 17 Bandit Industries/DPC Racing/Wilco Racing Indian FTR750) spill reset the Main Event eight laps in, Robinson powered away at the restart while Halbert dropped several spots down the order.

Title leader Briar Bauman (No. 14 Indian Motorcycle/Progressive Insurance FTR750) was the primary beneficiary. He immediately slotted into second and held strong throughout to extend his perfect podium record on the season with a runner-up result.

Halbert battled his way forward and ultimately made his way back onto the box with a charge to third. His encouraging performance was amplified by that of his teammate, Jarod Vanderkooi (No. 20 Harley-Davidson Factory Flat Track Team XG750R Rev X), as the two combined to give the resurgent works Harley outfit a 3-4 result at Vance & Hines’ home race.

Defending double AFT Twins Champion Jared Mees (No. 1 Indian Motorcycle/Progressive Insurance FTR750) finished fifth. That might not sound overly impressive considering his stack of accomplishments in recent seasons, however, it’s worth noting that Mees summoned the speed, skill, and motivation to slash his way up from the back of the grid after only narrowly qualifying for the Main Event. 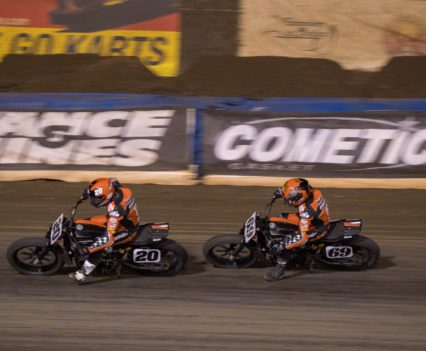 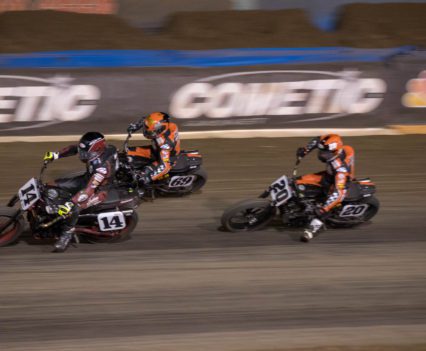 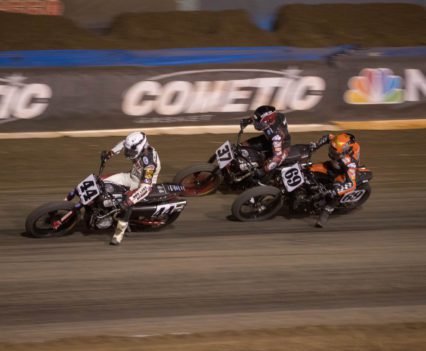 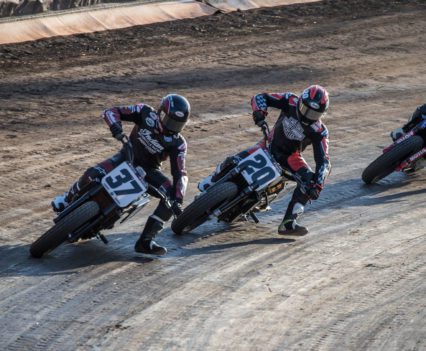 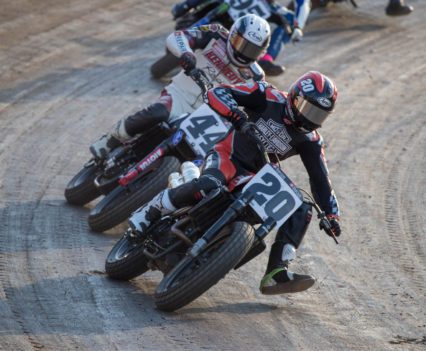 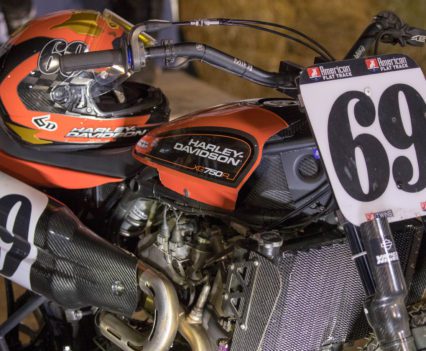 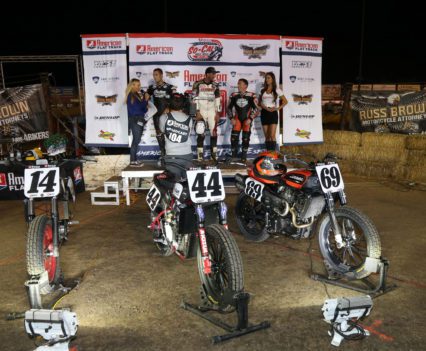 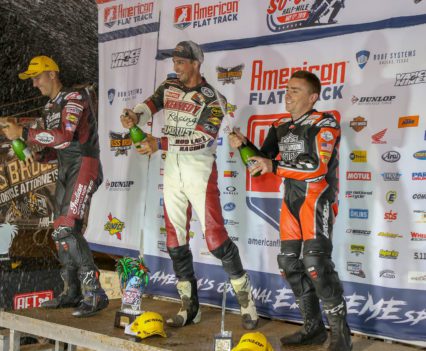 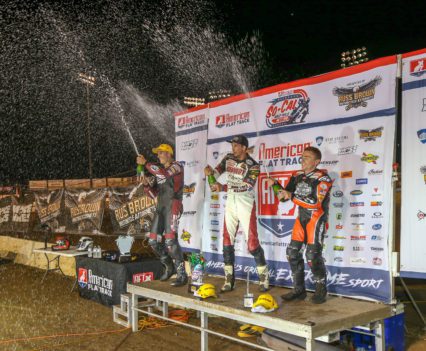 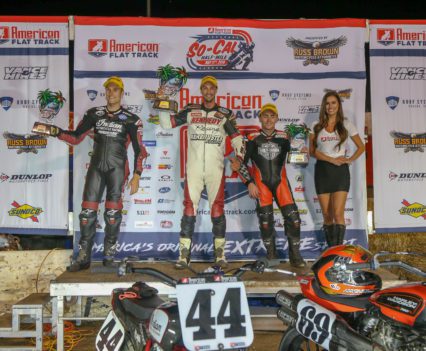