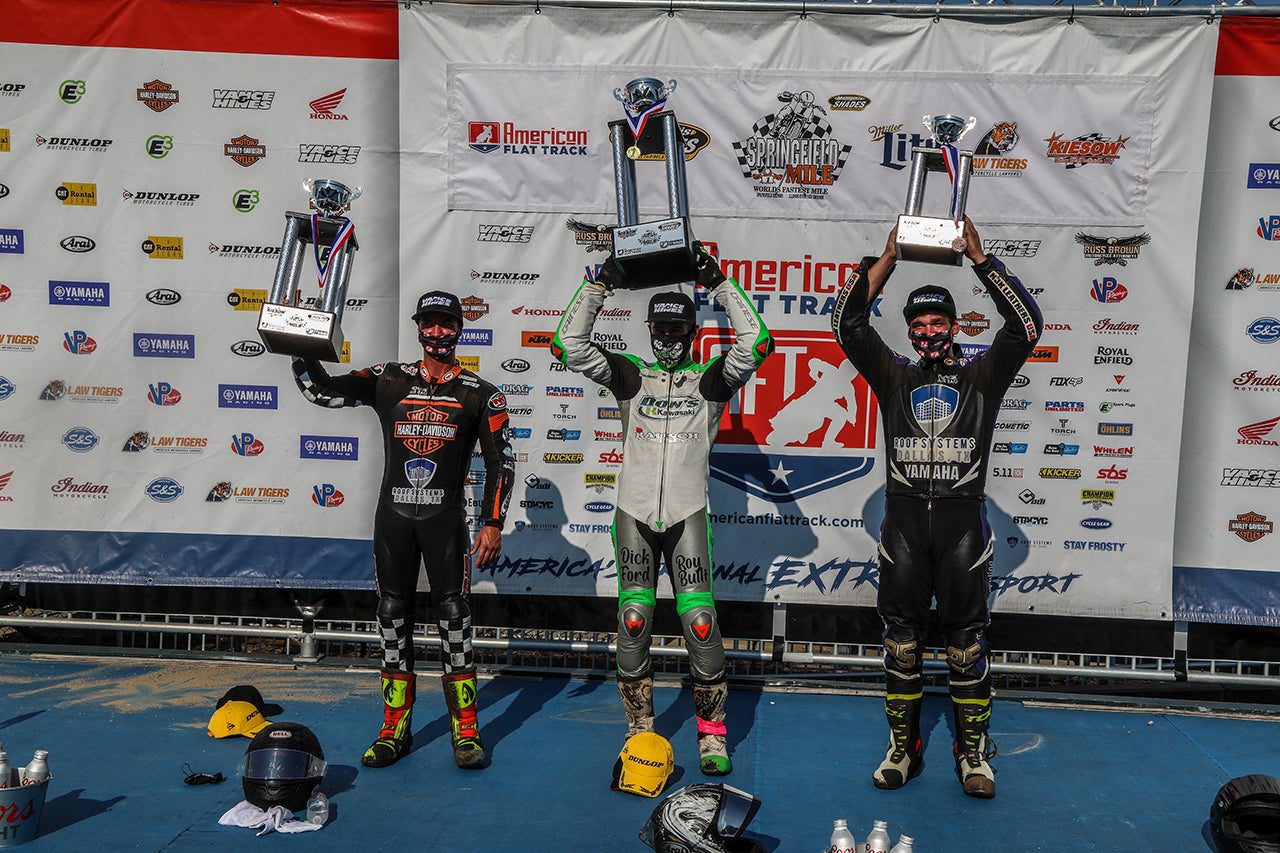 At that point it seemed likely to be just the next in a countless number of lead changes. However, as it turned out, the 2019 class runner-up wouldn’t relinquish the lead.

Varnes led a four-rider breakaway with Lowe, Rispoli, and Chad Cose (No. 49 Wally Brown Racing Harley-Davidson XG750R) close behind in his wake. Cose maneuvered into second and then spent the next six minutes plus two laps looking for any way past Varnes to no avail.

Thanks to an ideal combination of precision, patience, and power, Varnes held on to claim the checkered flag 0.116 seconds ahead of Cose. Lowe, in turn, tried his best to overhaul Cose in Turn 3 on the final lap, but came up just 0.027 seconds short in third.

Varnes said, “Springfield is definitely a legendary track — it’s pretty iconic. To get a win today feels pretty good. We had some issues earlier in the day, but we battled through them. The bike ran awful in the Semi. We tore our secondary bike apart just to get our primary bike back up and running for that Main Event and luckily it just ran flawlessly. It was so easy to ride and those couldn’t draft by me it didn’t seem like.”

Rispoli faded in the final minutes and reigning AFT Production Twins champ Cory Texter (No. 1 G&G Racing/Roof Systems Yamaha MT-07) took full advantage. Texter dropped the ex-roadracing ace to fifth and clawed his way from some two seconds back to end up just over a half-second off the win in fourth.

Varnes became the first two-time winner in the class in 2020, and today’s result helped tighten the championship fight considerably. Rispoli still leads with 99 points, but Texter (91), Varnes (85), and Lowe (85) are all well within striking distance heading into Sunday’s rematch.

This weekend’s races will air on NBCSN, with the Springfield Mile I set to air on Saturday, September 19, starting at 3:30 p.m. ET/12:30 p.m. PT, and the Springfield Mile II to follow on Sunday, September 20, at 3:00 p.m. ET/12:00 p.m. PT. The broadcasts will include exclusive features, cutting-edge aerial drone and onboard footage, and the expert commentary of AFT legend Chris Carr. 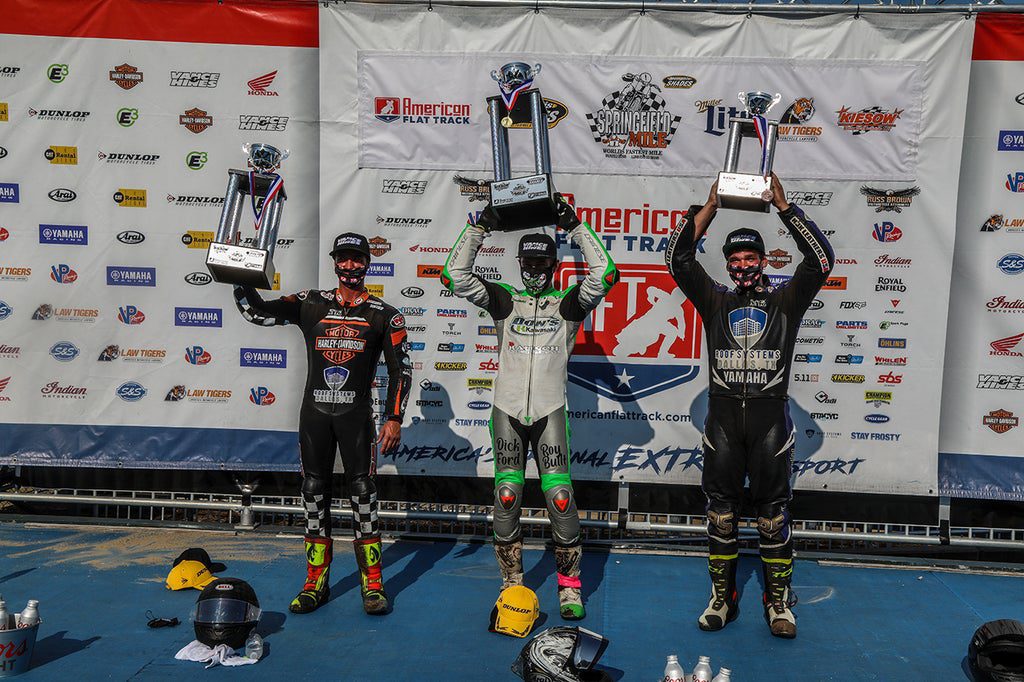 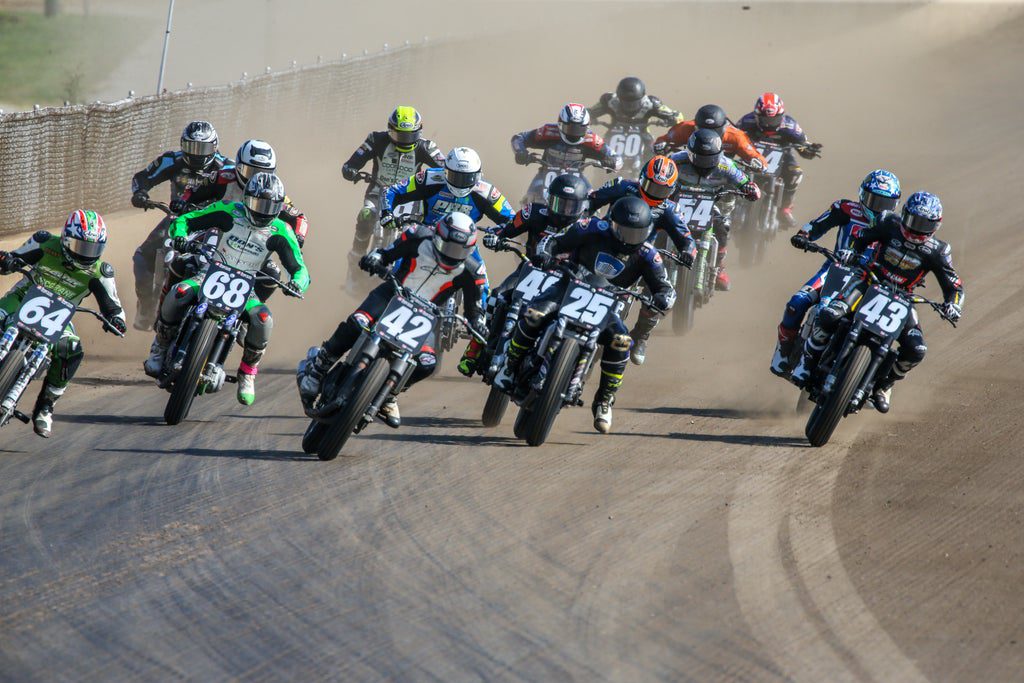 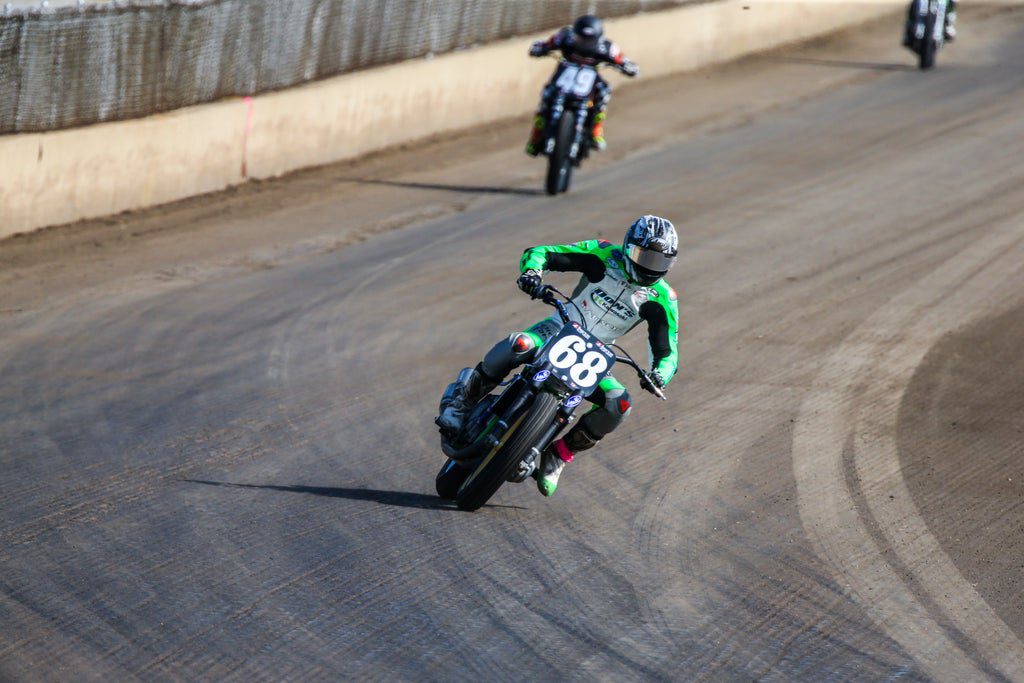