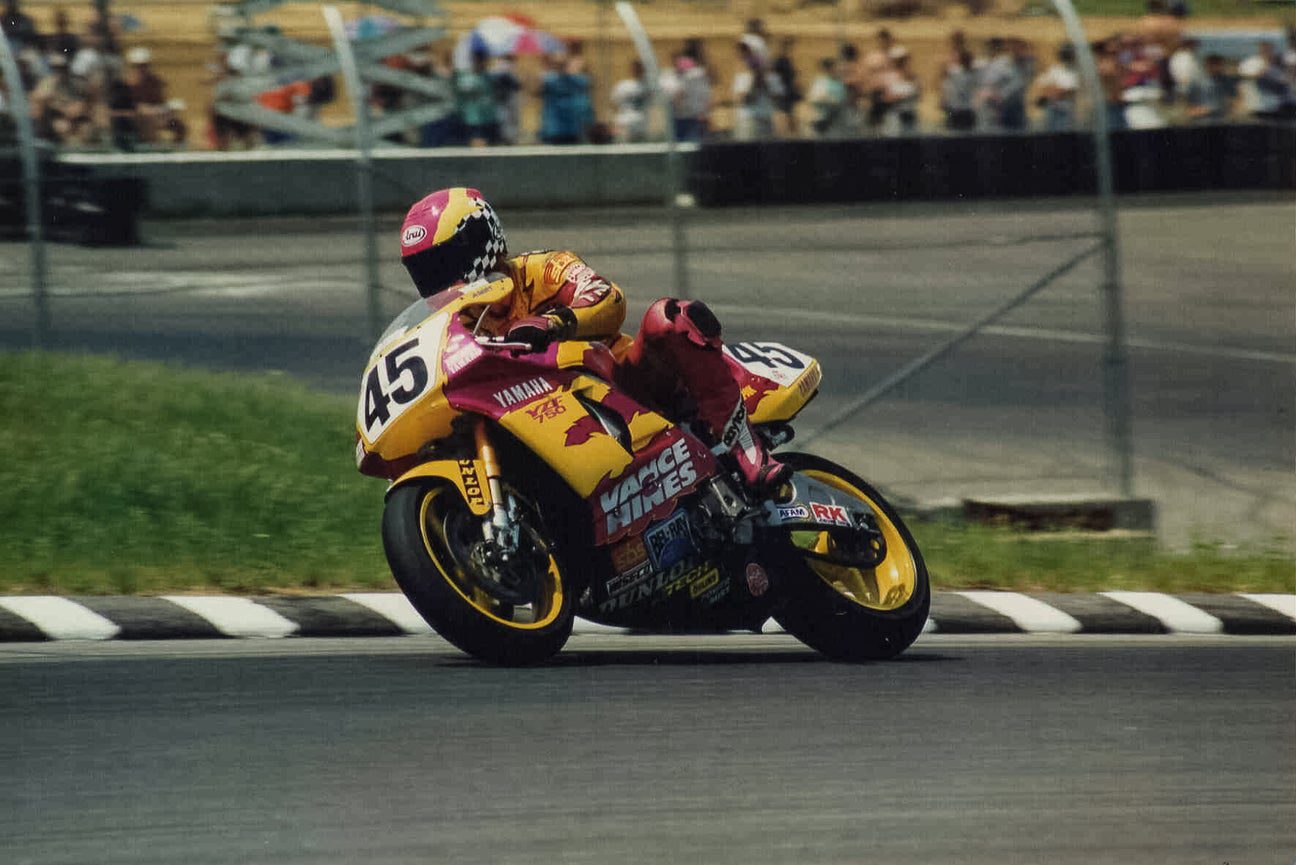 After announcing earlier this year that 2014 would be his final season in grand prix racing, veteran world champion Colin Edwards II, made his retirement official, stepping down from his race seat with the NGM Forward Racing Team at the conclusion of the Red Bull Indianapolis GP last weekend.

Colin’s professional racing career has spanned an incredible three decades, seeing him win the World Superbike title in 2000 and again in 2002, compete as teammate to grand prix legend Valentino Rossi in MotoGP, as well as being a three-time winner of the prestigious Suzuka 8-hour endurance race.

Before his meteoric rise to the world stage, Vance & Hines enjoyed the great pleasure of having the young Colin Edwards compete aboard the Vance & Hines Yamaha factory superbike in the AMA championships back in 1993 and 1994. All of us at Vance & Hines congratulate and thank Colin for giving us so many years of thrilling races, and showing fans across the world, the grit, talent and pride of a true American athlete. We heartily wish Colin the best in all of his future endeavors. 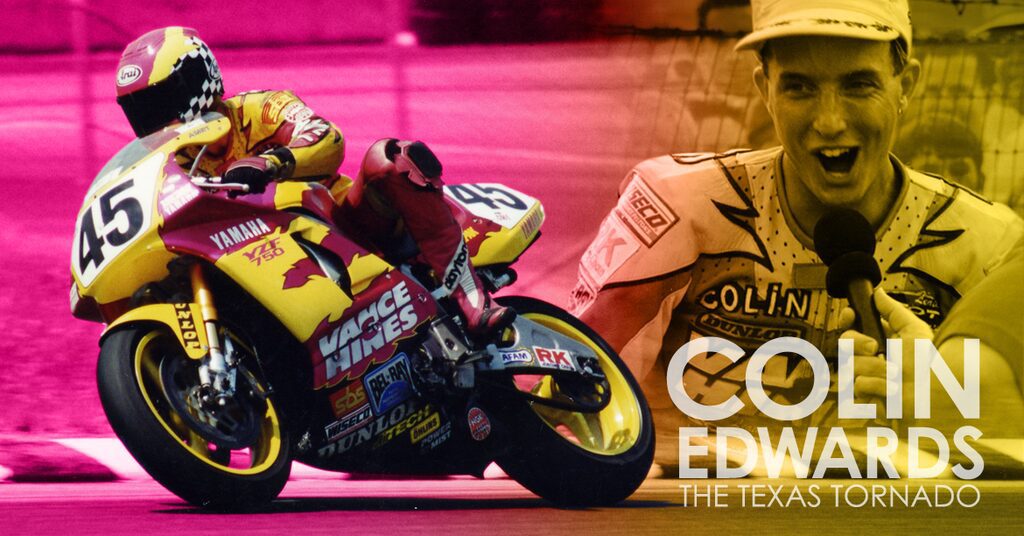