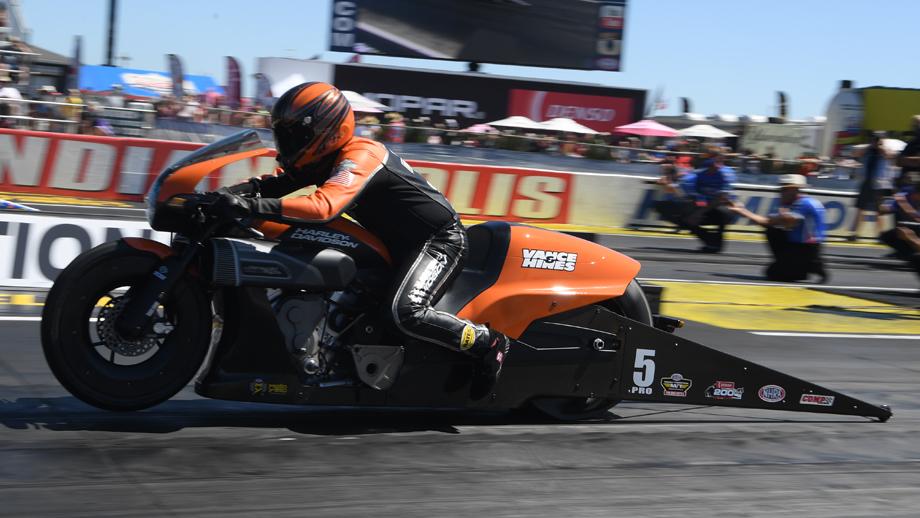 Courtesy of NHRA | Kevin McKenna, NHRA National Dragster Senior Editor
The way Eddie Krawiec sees it, enough is enough. It’s been more than two years since his last Pro Stock Motorcycle victory and for someone who has won 47 races and four championships, that’s far too long.

The way Eddie Krawiec sees it, enough is enough. It’s been more than two years since his last Pro Stock Motorcycle victory and for someone who has won 47 races and four championships, that’s far too long. It’s fairly easy to pin down the source of Krawic’s frustrations since he’s quick to acknowledge that he’s been on a competitive motorcycle ever since he first joined the Vance & Hines Harley-Davidson team in 2007. He should be winning races and he knows it.

“Yes, it’s been two years but it’s not like I’ve really been struggling,” said Krawiec. “I’ve had a good bike and I don’t think my riding has been too bad. I’ve just lost a lot of close races. Last year, I had to race Drew [teammate Andrew Hines] a lot and he rode a smidge better than I did each time. I’d have won a lot of races if it wasn’t for my teammate.”

When he began his career with the Harley-Davidson team, it took Krawiec 36 events to score his first victory, and he even won the 2009 championship without the benefit of a national event win. Since then, Krawiec has more than made up for lost time with 47 wins and four Mello Yello Series championships so he’s not as upset about a 26-race winless drought as he might otherwise have been.

“It is what it is; it’s hard to put your finger on one thing, but honestly I’m not frustrated,” Krawiec said. “I’ve had a good run, a good career. I have 47 wins and to be honest, I just want to get to 50 and I’m done. I don’t feel like I have a lot more to prove except to the people who say, ‘Well, you’re on a Harley-Davidson, you should be winning races.’ I don’t care how good your bike is, you still have to ride it and these bikes are not easy to ride. I’m thinking there are not many people who could do it.”

The Pro Stock Motorcycles have run just two events this season, and Krawiec has been very competitive in both of them. He qualified No. 1 at the first Indy event and No. 2 at the second. He’s also traditionally done well at Lucas Oil Raceway at Indianapolis, with wins in 2014 and 2017, and a runner-up finish in 2018.

Heading into Sunday’s final eliminations at the Denso U.S. Nationals, Krawic finds himself in a good place. He qualified No. 2 with a 6.790, just a thousandth of a second behind pole-sitter Scotty Pollacheck. Although he’s in a favorable qualifying spot, Krawiec’s path to a third Indy title will not be easy since his side of the ladder also includes his Harley-Davidson teammate, Andrew Hines, Mickey Thompson Pro Bike Battle winner Matt Smith, and past Indy champ Hector Arana Jr.

“We’ve had a really good bike this weekend,” Krawiec said. “I made a really good run when it ran 6.79 and then we turned it down 200 rpm [in the semifinals of the Mickey Thompson Pro Bike Battle] and that probably cost us the race,” said Krawiec. “We were just too conservative. We wanted to just get down the track rather than blow the tire away. We’re just trying to race smart especially with these bikes because so much revolves around what you do in the first 60-feet. You’ve got to get the clutch just perfect.

“Right now, I think that me, Scotty, Matt, Andrew, and Angelle [Sampey] have pretty equal bikes and any one of us could win this race. Really, the whole class is so competitive and that’s what some people don’t understand. It’s hard to win out there. Guys like Ryan [Oehler] and Chris Bostick have had their moments. It’s tough, but I’d certainly like to get the monkey off my back, pretty soon.” 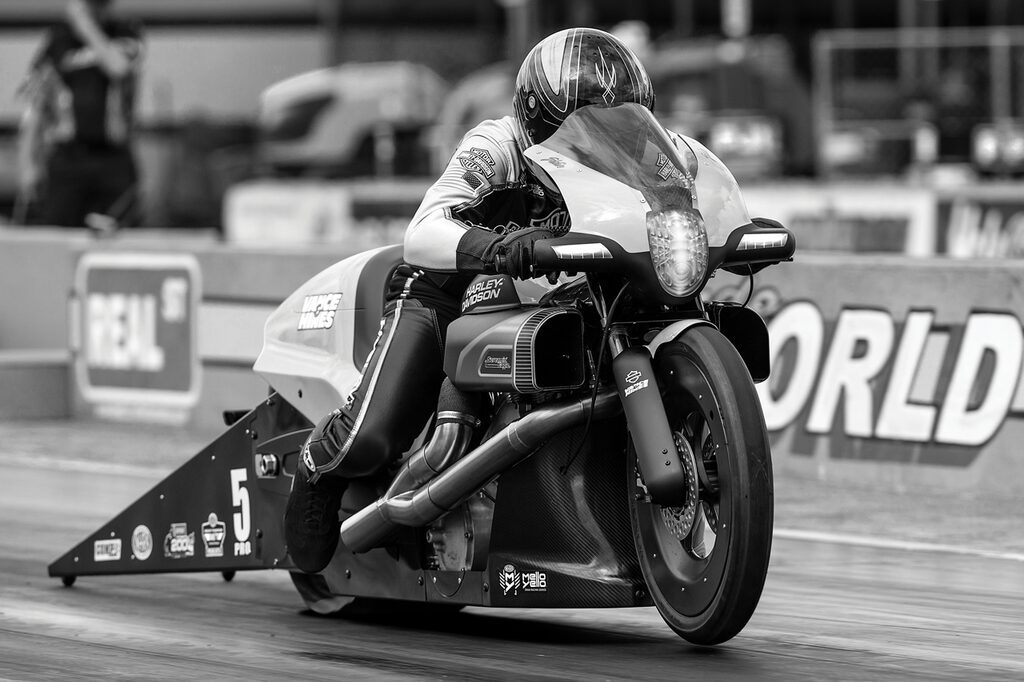