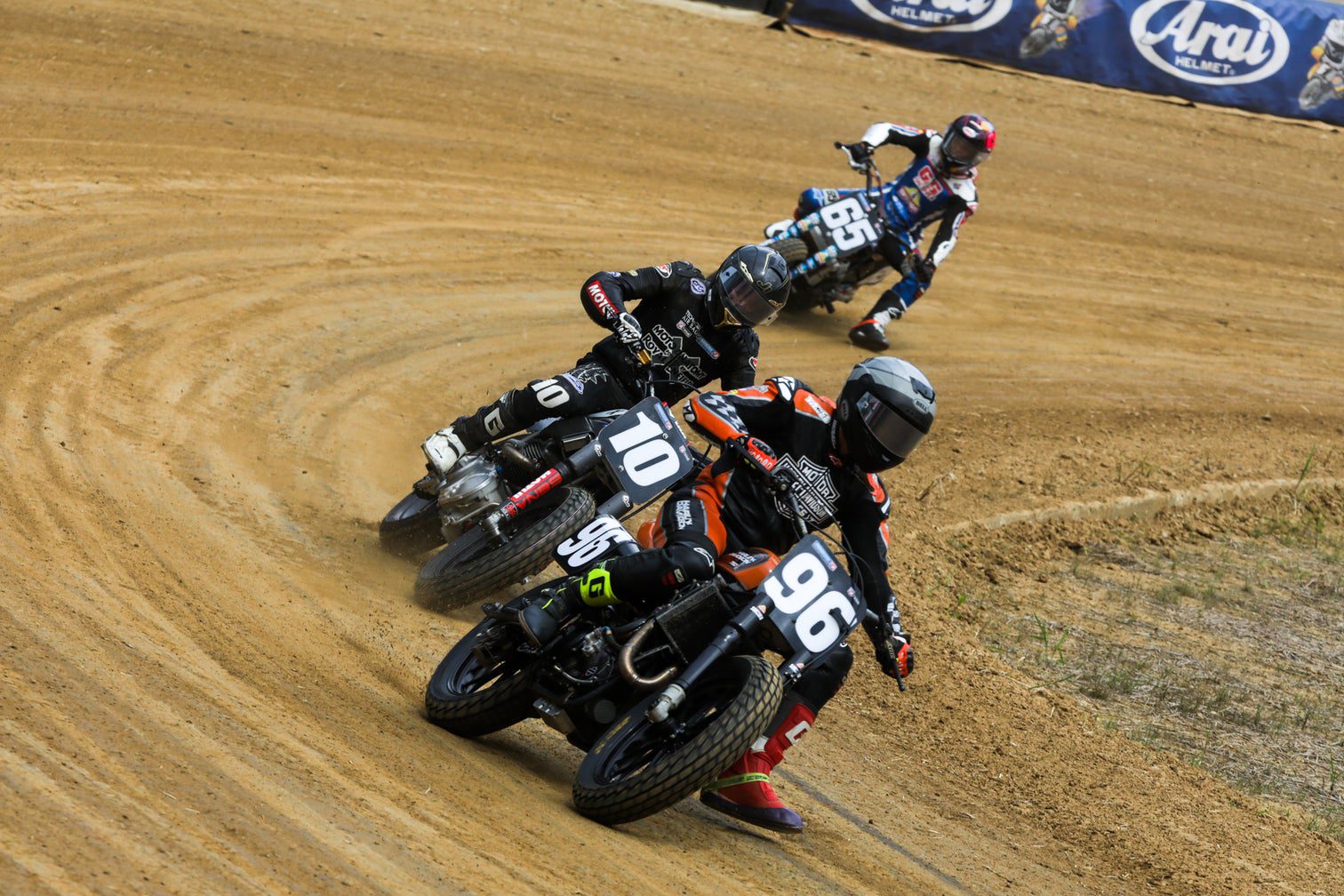 Gillim steps up to SuperTwins; Mischler, Janisch and Cose to race in AFT Production Twins.

Rather than sit idly by with superstar Dalton Gauthier sidelined by injury, Vance & Hines generated asteroid-meets-ocean-scale waves in the AFT Production Twins class last weekend by drafting in TT standouts Hayden Gillim and Jesse Janisch to compete at the 74th Peoria TT.

That move paid off in the form of a podium finish, two top-fives, a pair of Semi victories, and more than a dash of added intrigue for an already fascinating Progressive American Flat Track event.

Now the resultant tsunami following that impact is about to hit the Springfield Mile doubleheader, where Vance & Hines has even bigger plans.

The headliner is V&H’s weekend return Mission SuperTwins competition with Gillim set to pilot a Harley-Davidson XG750R Rev-X up against the top flat trackers in the world.

Over his career, Gillim has racked up multiple AFT Singles wins, top-four finishes in Mission SuperTwins and AFT Production Twins, and numerous AMA amateur national titles, not to mention a long list of accolades as a national championship-caliber roadracer.

In previous seasons, Vance & Hines enjoyed some notable successes on the Miles during their run as H-D’s factory squad. Chief among them were Bryan Smith’s podium finish at last year’s Indy Mile II, as well as Sammy Halbert clocking the fastest lap of the day en route to a Semi victory at the 2019 Springfield Mile II.

With Gauthier still on the mend, Vance & Hines is redoubling (re-tripling?) its efforts in AFT Production Twins competition, where it’ll unleash Janisch, Chad Cose and Morgen Mischler on the “World’s Fastest Mile.”

Despite zero advance time on the bike, Janisch earned a podium finish last weekend in Peoria. Even taking his unfamiliarity into account, that didn’t come as a massive surprise considering his TT credentials. However, Janisch is no one-trick pony with Progressive AFT top-fives across all four disciplines.

Cose is a proven commodity himself, both in the class and at Springfield. He’s already stood atop the AFT Production Twins podium this season and twice finished on the box aboard a Vance & Hines-backed XG750R at Springfield a year ago.

Finally, there’s Mischler. The AFT Singles ace is enjoying a career year in which he’s elevated his game to the next level. Along with his New York Short Track II victory, Mischler has earned two more podium finishes than anyone else in the class, making him an obvious candidate to jump up to twin-cylinder duty in the near future.

While best known for his 450cc skills, Mischler has quietly put together some impressive finishes in AFT Production Twins action in the past, with top-fives in the class in ‘18, ‘19, and ‘20, despite his AFT Singles focus. A huge weekend on the Harley in Springfield could serve as a springboard to whatever comes next.