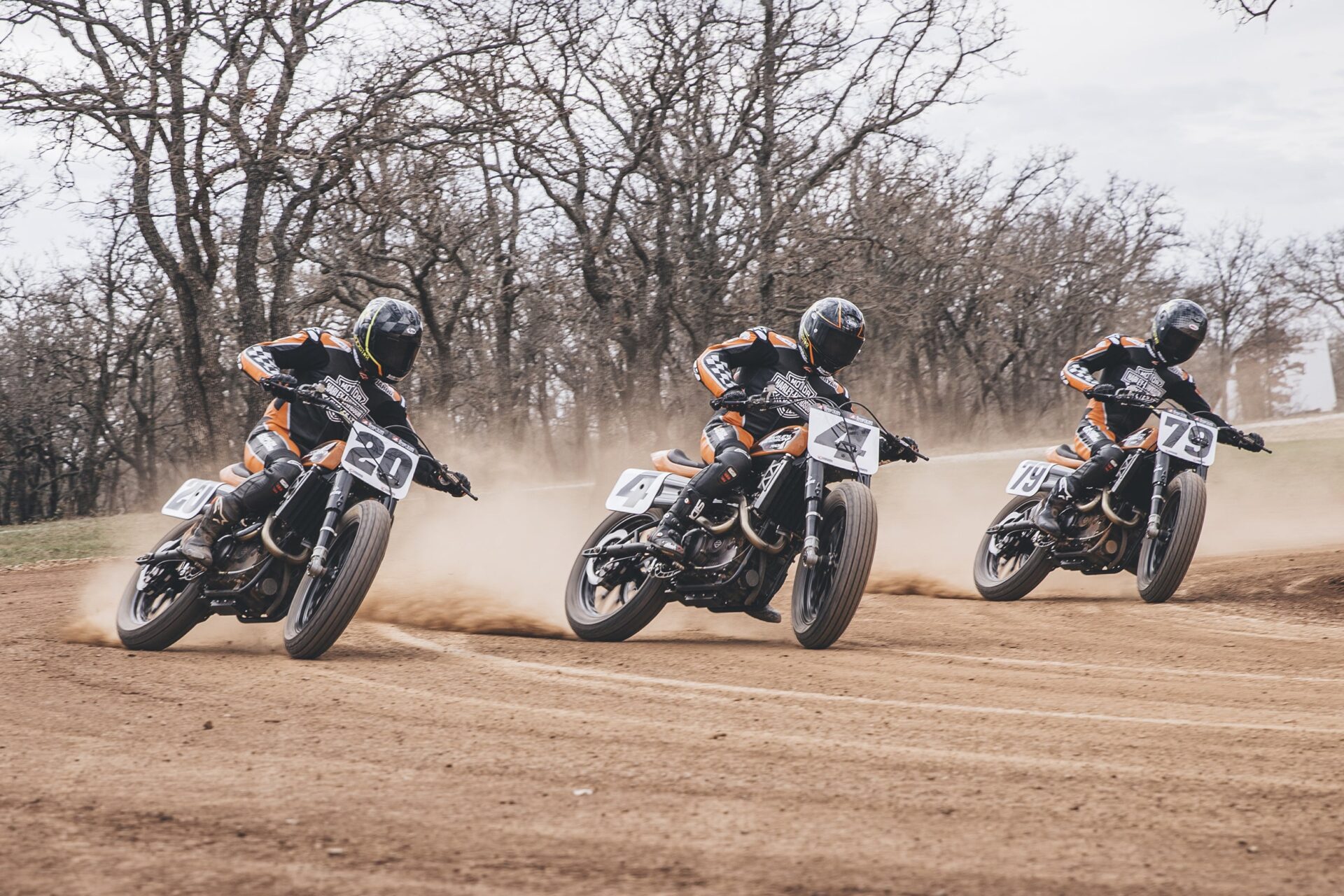 With over 40 years of racing success behind them, Vance & Hines launches into the 2020 racing season this weekend with a stable that includes the most talented motorcycle drag racers and flat track riders ever. Amassing hundreds of wins and numerous championships during their careers, these riders are poised to add more hardware to the Harley-Davidson and Vance & Hines trophy case.

NHRA Pro Stock Motorcycle 2019 Champion Andrew Hines and veteran riders Eddie Krawiec and Angelle Sampey launch their season in Gainesville, FL from March 11 to March 14. The three riders have 145 race wins and nine championships to brag about, and Sampey’s 42 race wins are the most ever for a female NHRA rider or driver.

The team’s V-twin-powered, Pro Stock Harley-Davidson motorcycles have updated bodywork, based on Harley’s successful FXDR model, and Sampey gets a new specification frame, built specifically for her.

“We used the off season to make significant refinements to our whole racing package,” said Krawiec. “We expect to be much more consistent this year and are excited about bringing home another championship.” AFT – Team Harley-Davidson for SuperTwins, the premier class of American Flat Track racing, is a mix of young guns and a seasoned veteran.

Bryan Smith joins the team seeking the Number One plate again, which he earned as champion in 2016. He retains crew chief Ricky Howerton who also made the move to Harley-Davidson. Smith joins Jarod Vanderkooi, a former AFT singles champion, and Dalton Gauthier, the youngest member of the team. Gauthier is the first rider to put a Harley-Davidson XG750R on top of an AFT podium with his 2019 Production Twins race win in Springfield IL.

“We’ve learned so much about the capabilities of the XG750R in the past three years and we know these are our fastest bikes ever,” said Terry Vance, co-founder of Vance & Hines.”We’ll be a contender in every race of the series.”

The AFT series includes 20 races featuring mile-long tracks, half miles and short tracks. The season kicks off on March 14 and wraps up in New Jersey’s Meadowlands in late September. The Vance & Hines brand is about enhancing the exhilaration of the motorcycle ride. It started when Terry Vance and Byron Hines were enthusiasts in the Southern California motorcycle drag race scene. Terry wanted to go faster and Byron knew how to make that happen. Their on-track success drew the attention of other racers, riders and motorcycle manufacturers, which translated to commercial demand for their products. Today, the Company sells a full range of performance and customizing accessories for almost every brand of motorcycle. Media resources are found here.