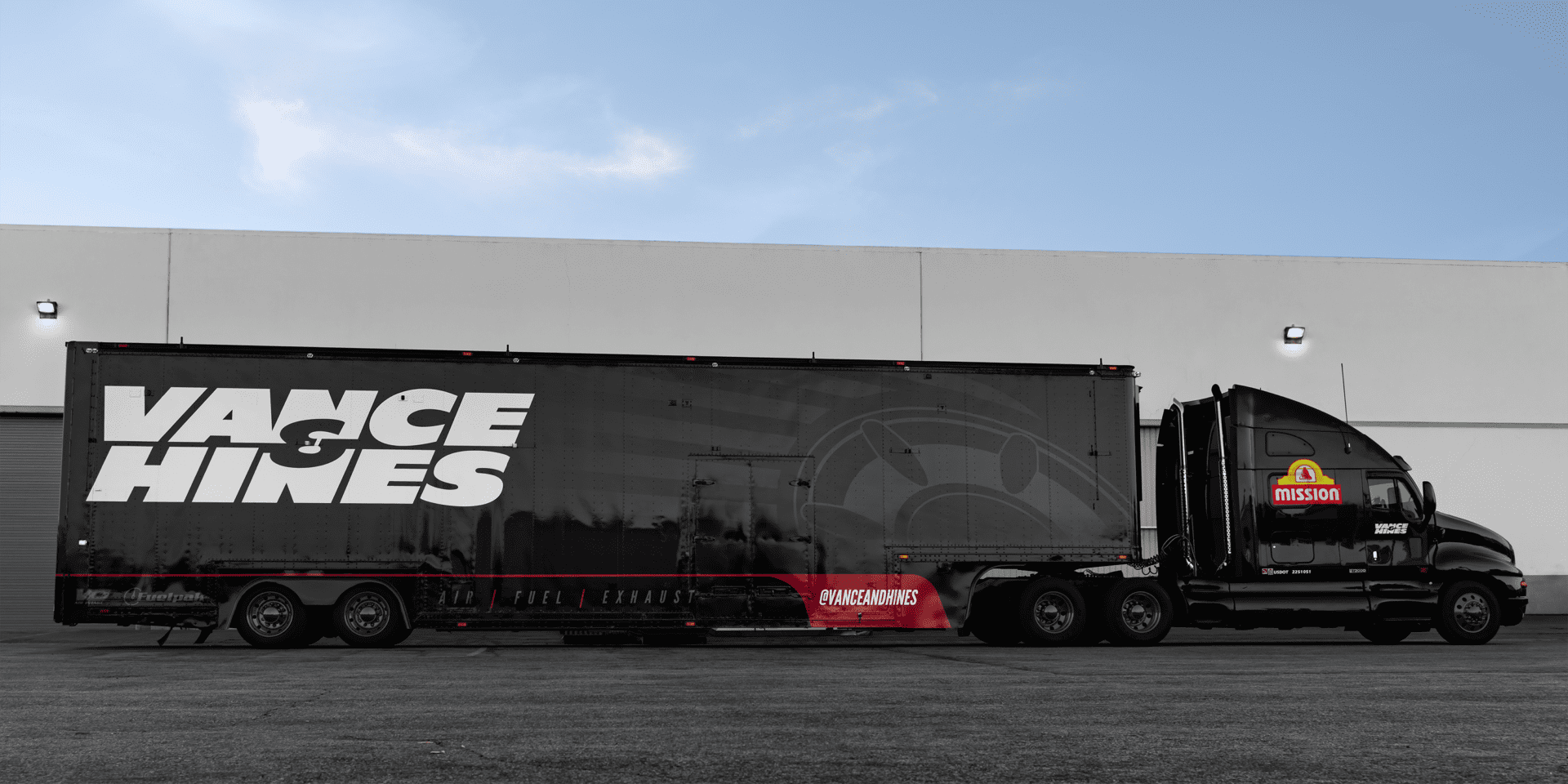 Vance & Hines announced today that the NHRA’s winningest female, Angelle Sampey, will ride the company’s new four-valve Suzuki-powered race bike in the 2021 NHRA Camping World series. The team’s quest for the championship in 2021 is a partnership between Vance & Hines and global food producer Mission Foods.

Sampey will be among the first to ride the recently announced Vance & Hines four-valve Suzuki-powered machine. The new engine features a modernized top-end which provides increased valve lift and reduced mass in the valve train. The 1850cc motor delivers nearly 400 horsepower and will be paired with a custom chassis developed using data from thousands of runs in NHRA competition. “I’m so excited to be part of the Vance & Hines team again this year,” said Sampey. “This is a first class company that gives me the best bikes I’ve ever ridden. I’m feeling really good about what we can accomplish together this year.“

“We’re happy to be working with Angelle once again,” said Vance & Hines President & CEO, Mike Kennedy. “Vance & Hines is in a wonderful position right now. We’ve got one of the top riders in the sport aboard our outstanding new equipment and we have Mission Foods as our new Team Partner. I couldn’t have hoped for anything better as we go into the 2021 season.”

Multi-billion-dollar company Mission Foods, the world’s largest manufacturer of best-selling tortillas and wraps, joins the effort as a sponsor of the new team. The food giant shows its passion for motorsports with sponsorships in IndyCar, AFT and GT3 racing and now enjoys relationships with both Arrow McLaren SP and Vance & Hines.

“Terry Vance and I have talked about putting together a race team, and I was overjoyed to get his invitation to work with Angelle and the Vance & Hines crew,” said Juan Gonzalez, President and Chief Executive Officer of Mission Foods. “NHRA has a great tradition and loyal fan base, we can’t wait to see our brand and products at this year’s NHRA races.”

The team will feature the brilliant yellow and red Mission Foods logo on the race bikes, rider, crew and the team transporter at all scheduled Pro Stock Motorcycle events for the 2021 season. The NHRA Pro Stock Motorcycle season starts in mid-March at the Gator Nationals in Gainesville FL.

MISSION®, owned by GRUMA, S.A.B. de C.V., is the world’s leading brand for tortillas and wraps. MISSION® is also globally renowned for flatbreads, dips, salsas and Mexican food products. With presence in over 112 countries MISSION® products are suited to the lifestyles and the local tastes of each country. With innovation and customer needs in mind, MISSION® focuses on the highest quality, authentic flavors, and providing healthy options that families and friends can enjoy together. For more information, please visit: www.missionfoods.com

The Vance & Hines brand has always been about enhancing the exhilaration of the motorcycle ride. It started over 40 years ago, when Terry Vance and Byron Hines were two young enthusiasts in the fledgling Southern California motorcycle drag race scene. Terry always wanted to go faster and Byron knew how to make that happen. In short order, their on-track success and innovation drew the attention of other racers, riders and motorcycle manufacturers, which ultimately translated to commercial demand for their products and services. Today, the Company’s mission and activity is the same; make bikes go faster on the racetrack and take those learnings to make impactful products for riders around the world. Since the Company’s inception in 1979, it has run factory race programs in partnership with Suzuki, Yamaha, Ducati and Harley-Davidson in drag racing, road racing and flat track. Vance & Hines is based in Santa Fe Springs CA and has its Racing Development Center is in Brownsburg, IN. Learn more about the company’s history and products at www.vanceandhines.com.