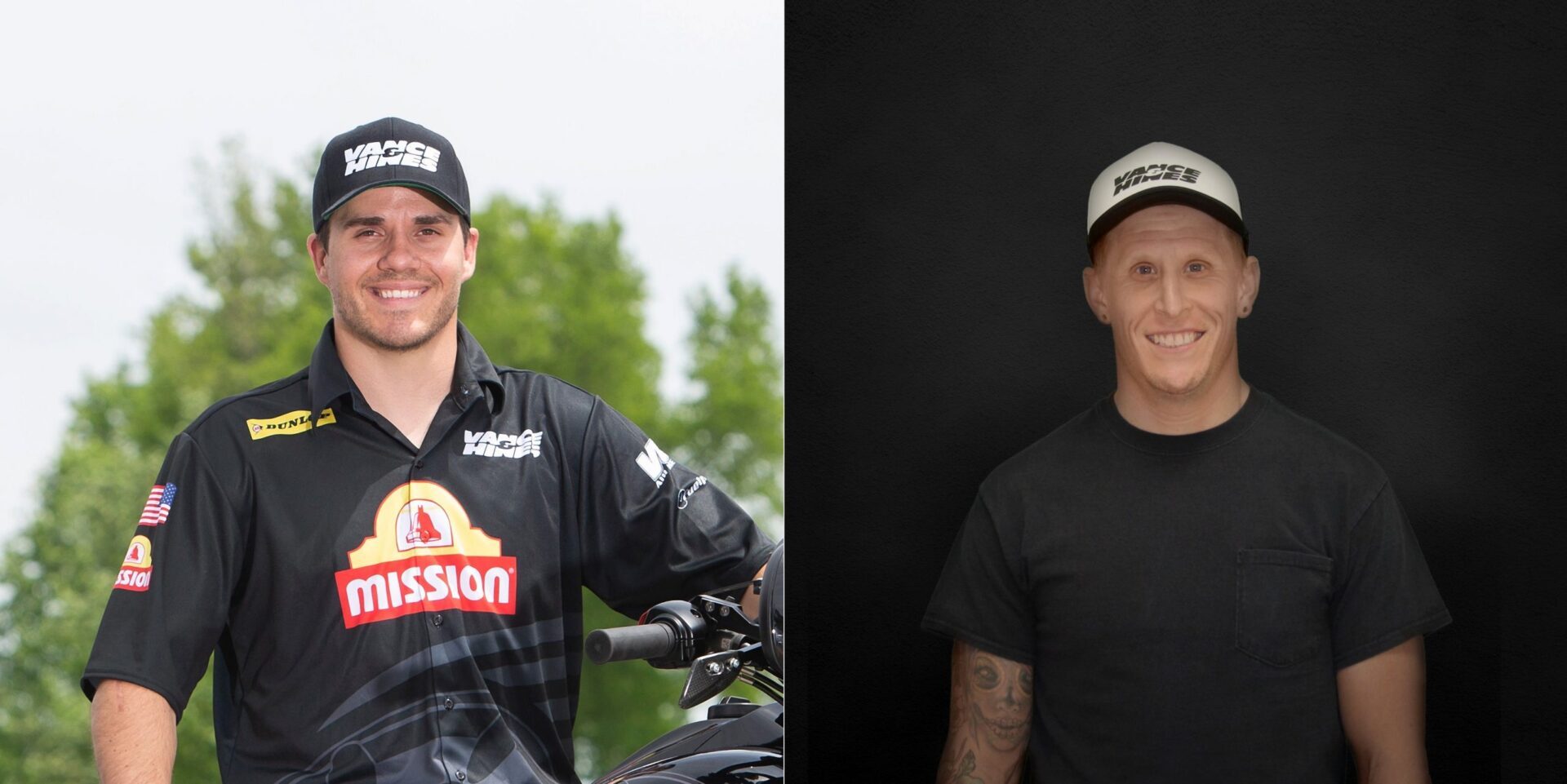 Vance & Hines announced today an addition to its roster for the Law Tigers Peoria TT presented by Country Saloon. This weekend Vance & Hines will field not one, but two of the sport’s modern masters of the TT in Peoria — Hayden Gillim and Jesse Janisch.

For one fleeting moment last weekend, it appeared that Dalton Gauthier (No. 79 D&D Cycles/Vance & Hines Harley-Davidson XG750R) finally had momentum on his side in his season-long mission to overcome AFT Production Twins presented by Vance & Hines title favorite Cory Texter (No. 65 G&G Racing/Yamaha Racing MT-07).

Riding high after scoring his first victory of 2021 at the previous event, Gauthier overhauled Texter on lap 3 of his Semi on Friday night at the New York Short Track doubleheader and saw nothing but clear track and two opportunities to score 25 points ahead.

What he didn’t see was the hole in Turn 1. Moments after moving into the lead, Gauthier’s inside leg was caught. The 2019 AFT Singles champ was fortunate to stay upright and only lose one position to Texter en route to a second-place Semi result.

The injured left ankle prevented Gauthier from walking for the remainder of the weekend, but heart, adrenaline, and courage allowed him to somehow muster up third- and second-place results when it mattered in the weekend’s twin Main Events.

Unfortunately, what was hoped to be merely a nasty sprain turned out to be a broken medial malleolus (the bump on the inside of your ankle). As a result, Gauthier will not be able to compete at the Law Tigers Peoria TT.

A healthy Gauthier likely would have been pegged as the pre-race favorite this weekend, and as such, his absence left D&D Cycles and Vance & Hines with some mighty big boots to fill.

In fact, in the bigger, championship-level picture, that’d be pretty much impossible to do so. But from a one-race perspective, well, they may have just pulled it off.

While boasting a strong all-around flat track game, Janisch is best known for his TT accomplishments and for good reason. The Beaver Dam, Wisconsin, native is the winningest TT rider in AFT Singles history, including victories at the 2015, 2017, and 2018 Peoria TT. He’ll compete this weekend on the #96 Vance & Hines Harley-Davidson XG750R.

And while perhaps best known for his many roadracing successes across a wide range of equipment and classes, Gillim happens to be tied for third all-time in AFT Singles TT wins, trailing only Janisch and long-time friend JD Beach. One of those wins came in Peoria, breaking up Janisch’s ownership of the undercard at the venue with a triumphant run in 2016. This weekend, Gillim will serve as Gauthier’s direct substitute on the #59 D&D Cycles/Vance & Hines Harley-Davidson XG750R.

While Gauthier’s presence will be sorely missed, it’ll be most intriguing to see how Texter and the rest of the AFT Production Twins field fare when pitted up against the likes of Janisch and Gillim this weekend at PMC Park.